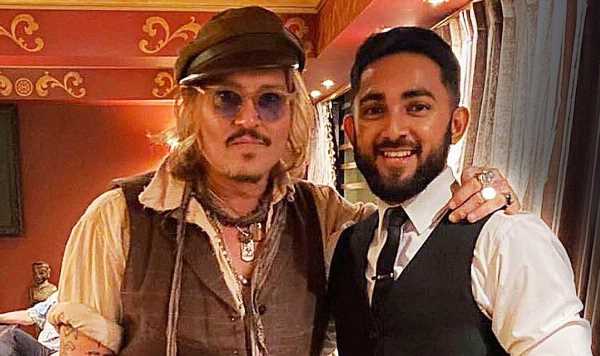 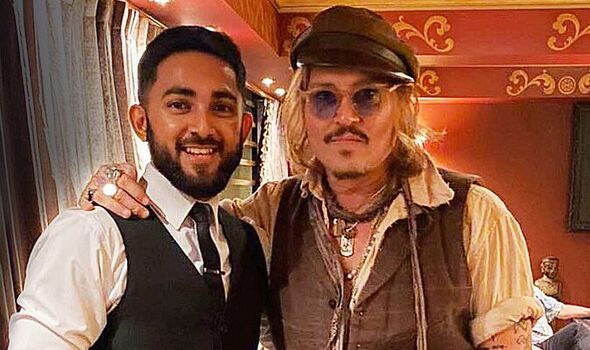 It was another in the actor’s series of surprise appearances in cities across the UK as he appears alongside rock legend Jeff Beck on tour. The 58-year-old dined out at Varanasi in the city’s Broad Street but he has also been seen in Manchester, Newcastle and Sheffield in recent weeks.

Depp was awarded £8.2million in damages but missed the conclusion after joining Mr Beck in the UK.

The actor booked out Varanasi for Sunday evening’s curry feast washed down with champagne. It included a three-course dinner of chicken tikka shashlik, vegetable samosas and a king prawn starter for Depp, Beck and about two dozen members of their crew.

Operations director Mo Hussain said: “He was very humble and stayed to talk and greet everyone. They spent a lot of money but never looked at the bill.”

Meanwhile, Depp was not the only big name from the US enjoying a meal in Britain.

Former US Secretary of State Hillary Clinton was in South Shields, Tyne and Wear, speaking as a guest of ex-Labour MP David Miliband, who organises an annual lecture in his former constituency. They went to eat at Colmans, a fish and chips institution.

07/06/2022 Celebrities Comments Off on Johnny Depp splashes £50,000 on curry in Birmingham
Lifestyle