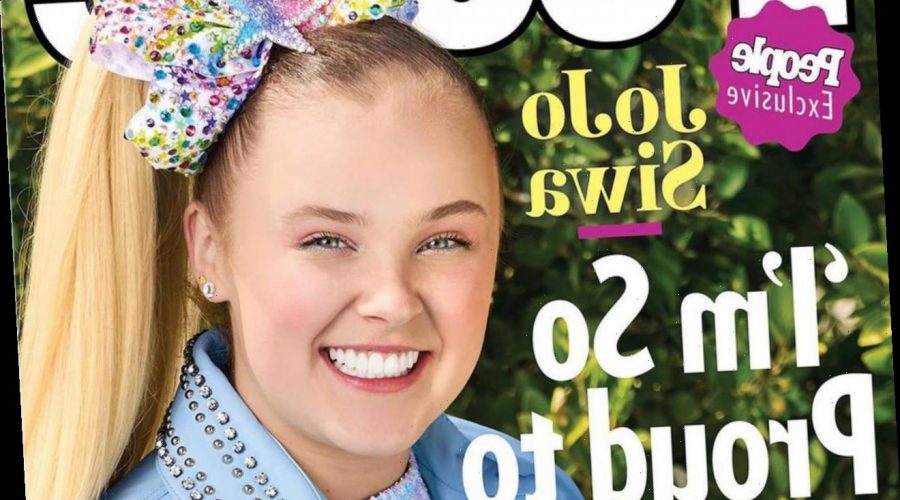 Just two months after revealing her relationship with girlfriend Kylie Prew, the former ‘Dance Moms’ star talks about her sexual orientation, and admits to be feeling so personally happy for the first time.

AceShowbiz –JoJo Siwa is “so proud” to be herself. Around two months after coming clean about her having a secret girlfriend, the former “Dance Moms” star opened up further about her sexual identity as she identified herself in a new interview as pansexual.

Gracing the April 2021 cover of PEOPLE magazine, the 17-year-old avoided attaching herself to a particular label. Still, she explained, “I like queer. Technically I would say that I am pansexual because that’s how I have always been my whole life is just like, my human is my human.”

JoJo admitted that she is trying to figure out her sexual identity. “I still don’t know what I am. It’s like, I want to figure it out,” she stated. “And I have this joke. Her name is Kylie. And so I say that I’m Ky-sexual. But like, I don’t know, bisexual, pansexual, queer, lesbian, gay, straight. I always just say gay because it just kind of covers it or queer because I think the keyword is cool.”

On how she felt after coming clean about her sexual identity, the “Kid in a Candy Store” singer gushed, “I’ve never had this much love from the community. I think this is the first time that I’ve felt so personally happy.” She further added, “But for the first time, personally, I am like, whoa, happiness. I am so proud to be me.”

Elsewhere in the interview, JoJo acknowledged that not everyone was nice and supportive of her decision to come out. She also revealed that she made mistake of Googling herself and reading the responses soon after she came out in February.

“I never should have done that. I was thinking that all the comments were going to be nice and supportive, and they weren’t,” the YouTube personality recalled. “A lot of them were, ‘I’m never buying your merch again. My daughter’s never watching you again.’ I couldn’t sleep for three days.”

Despite the downside, JoJo came to the conclusion that the negative remarks would not affect her. “My thing is, I don’t want people to watch my videos or buy my merchandise if they aren’t going to support not only me, but the LGBTQ community,” she pointed out.

08/04/2021 Celebrities Comments Off on JoJo Siwa on Coming Out as Pansexual: I Am So Proud to Be Me
Lifestyle