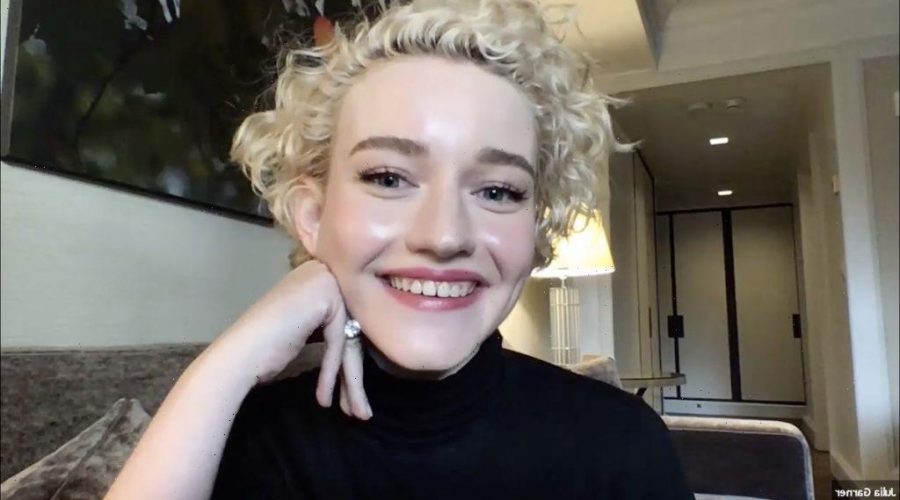 Julia Garner is an actor who rose to fame in 2017, following her groundbreaking appearance in the hit Netflix series Ozark. Garner, who has worked as a model as well as an actor, has appeared in other major projects in recent years, and is now considered to be one of Hollywood’s hottest commodities.

Over the past few months, Garner has been making a few public appearances, posing for Instagram in honor of awards season. And fans can’t stop talking about her stunning engagement ring, as well as her romance with her famous husband.

How did Julia Garner become famous?

Garner was born in The Bronx, New York, in 1994. A very shy child, Garner began taking acting lessons when she was 15 years old.

It didn’t take long for Garner’s peers and coaches to notice her natural talent, and only two years after she started her lessons, she made her feature film debut in the movie Martha Marcy May Marlene. The 2011 film helped Garner to break into the entertainment scene, and in the years that followed, she appeared in movies like The Perks of Being a Wallflower, We Are What We Are, and Sin City: A Dame to Kill For.

In 2017, Garner was cast in the Netflix series Ozark, opposite Jason Bateman. As Ruth Langmore, Garner has earned widespread critical acclaim and has been honored with several awards, including two Primetime Emmy Awards for Outstanding Supporting Actress in a Drama Series.

Julia Garner has been showing off her fabulous engagement ring

Following her success in Ozark, Garner went on to star in several other hit miniseries, including Dirty John and Maniac. With a world of possibilities at her feet, Garner is definitely enjoying her time in the spotlight — and this awards season, Garner can be spotted in many photo spreads and editorial campaigns.

One consistency that fans have noticed in a few of these campaigns is the stunning engagement ring that Garner has been rocking.

In some of the photos that Garner has shared on her Instagram, fans can see that the ring includes a fabulous diamond in the center. According to The Adventurine, Garner’s ring features a round brilliant-cut diamond center stone set on a round brilliant cut diamond band.

While the exact carat weight of the center stone is unknown, the publication estimates it to be around 4 or 5-carats. Garner pairs the engagement ring with a smaller scale eternity band set with all-around brilliant-cut diamonds. Clearly, Garner is proud of the diamond ring, as she has posed in several of her recent portrait sessions to feature the ring front and center.

What is Julia Garner’s husband best known for?

Garner was gifted the ring from her now-husband, Mark Foster, of the band Foster the People. The two lovebirds got engaged at Yellowstone National Park in May 2019, and tied the knot only a few months later, at a New York City courthouse.

Since then, the two have worked hard to keep their relationship out of the spotlight. Although Garner did once open up about her understated, elegant wedding, calling the big day “magical.”

As for Foster, he has his own high-powered career, as one of the original founders of Foster the People. In spite of the fact that most big tours have been sidelined in the wake of the COVID-19 pandemic, Foster has still been hard at work in the studio, writing and recording.