No, you’re not dreaming: Kanye West actually dropped his new album on Oct. 25. After pushing it back three times, I didn’t think the day would actually come, but alas, Kanye West’s Jesus Is King album is here, so join me in screaming, "FINALLY!"

If you don’t know what’s the deal with West, me neither, because the guy pushed back his album’s release date again and again and again. Fans were annoyed they didn’t get the album on its original release date on Friday, Sept. 27, and they were even more annoyed when it didn’t arrive on Sunday, Sept. 29, as promised by Kim Kardashian through her Instagram Story.

The day the album was originally due, Kardashian went on her Instagram Story to tell fans they can expect the album on Sunday, Sept. 29. According to a screenshot from Pitchfork, Kardashian wrote, “Kanye is doing a listening session in Chicago tomorrow, then NYC Sunday. He’s dropping the album Sunday. Just a few final tweaks to the mixes.” Well, that day came and went and absolutely nothing happened. Actually, weeks passed and still, fans had no album.

Then, it was supposed to drop at midnight on Oct. 25 and that didn’t happen either. Believe it or not, that night, West actually went on Jimmy Kimmel Live! and said, "Yeah, it’s out now," but it wasn’t, which made fans SO confused.

West then tweeted, "To my fans. Thank you for being loyal & patient. We are specifically fixing mixes on ‘Everything We Need,’ ‘Follow God,’ & ‘Water.’ We not going to sleep until this album is out!"

Luckily, the album finally dropped later on Oct. 25 and, after listening to Jesus Is King, fans think all the waiting was totally worth it.

If you haven’t listened to the album yet, you can listen to it in full below.

Delays aside, expectations for Jesus Is King were really high, especially after West held a few album listening sessions for fans the weekend the album was originally supposed to be out. In past years, West held livestreams for these album listening sessions so fans all over the world could celebrate his album’s release, but this year, it’s been more secretive. All the mystery surrounding West’s new album definitely added to the hype.

On Friday, Sept. 27, West held an album listening session in Detroit, and then did the same for Saturday in Chicago. He finished off the weekend by holding an event on Sunday in New York City. According to The New York Times, several VIPs were in attendance, like Chris Rock and Alexander Wang. 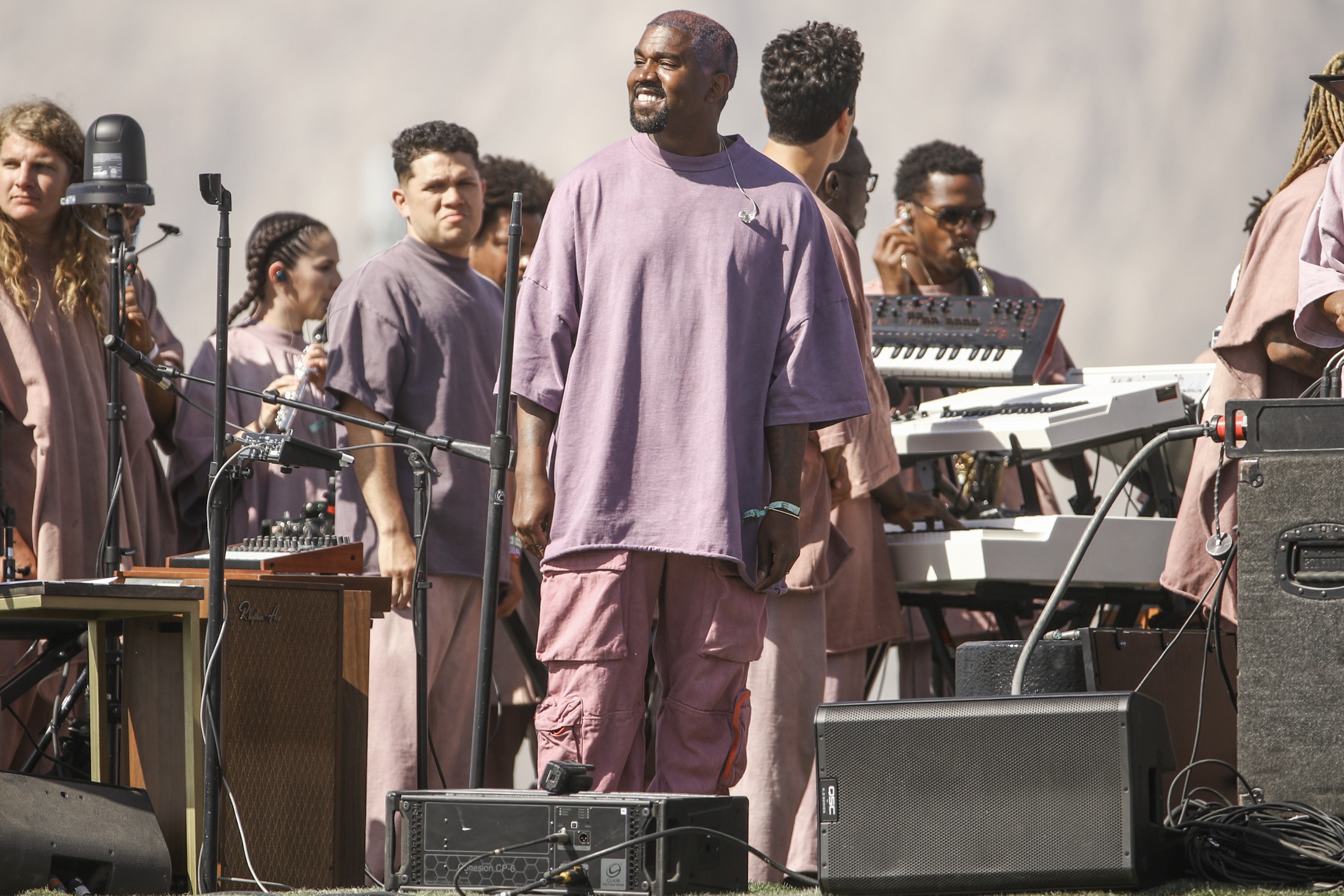 Knowing there were people out there who actually listened to Jesus Is King made fans all that more jealous. By the third delay, though, fans weren’t really phased anymore, especially because last year, West also pushed back his Yandhi album. The album was supposed to come out in September 2018, and then West pushed it back to November, but it never did. To this day, West hasn’t dropped it.

Fans were worried Jesus Is King would suffer the same fate, but thankfully, it didn’t. As the saying goes, "better late then never," right?