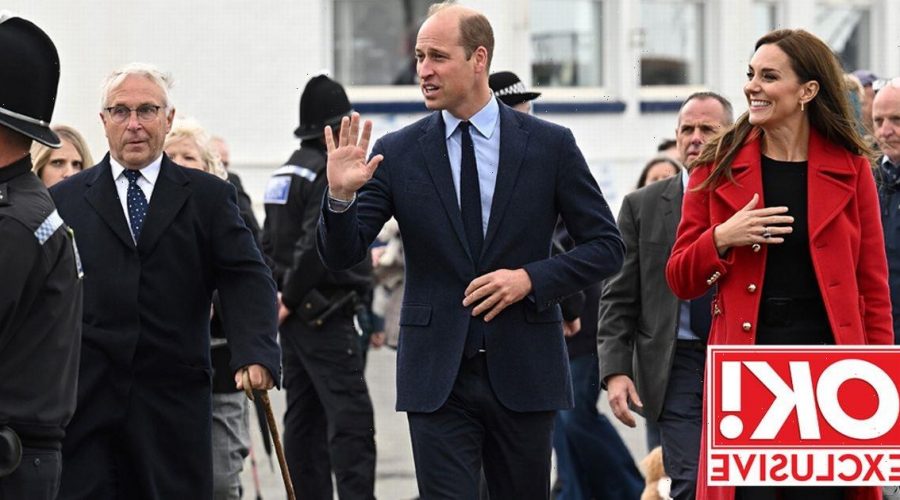 It has been a very busy period for the new Prince and Princess of Wales, who have had to balance their move from Kensington Palace to Windsor while settling their three children in at their new school. They have also been grieving the death of 40 year old William's grandmother, the Queen, who passed away on September 8.

But according to royal expert and journalist Katie Nicholl, who has just published The New Royals: Queen Elizabeth’s Legacy And The Future Of The Crown, they have the “royal juggle” down to a T, allowing them the best of both worlds.

“They try to schedule royal engagements as much as they can around George and Charlotte’s schedules – football practice and gymnastics clubs and playdates with cheesy pasta. They try to do the school run as much as possible. Yes, they have a nanny and a housekeeper, but it’s Kate preparing tea most days. She really is completely hands-on,” she says.

Indeed Kate is often spotted in and around Windsor picking her children up from school and, according to Katie, she and William will try to ensure that their schedules allow them to be present as much as possible.

Katie also tells us that Kate and William are "sticklers" for manners with their children and that George, nine, Charlotte, seven and four year old Louis have to help out around the house in exchange for treats.

“I’d imagine they’ll have all the children doing chores like laying the table for dinner in return for pocket money or rewards like screen time,” she adds. Last week, Kate and William returned to royal duties with their first engagement since they inherited the titles of the Prince and Princess of Wales. Appropriately, they visited several locations in Wales, revealing that they were "hoping to meet different communities across the national and learn about the work of key charitable organisations."

Wales also holds a special place in both of their hearts, it is where King Charles III and the late Princess Diana brought William for his first official engagement when he was just eight. Kate and William also lived in Anglesey as newlyweds and it was there that they brought home a newborn Prince George. Prince George and Princess Charlotte also accompanied their parents to an engagement in Cardiff over the Jubilee weekend in June. During the visit last week, Kate paid tribute to her late mother in law – who was the Princess of Wales before her – by wearing a bright red 'Spencer' coat by LK Bennett.