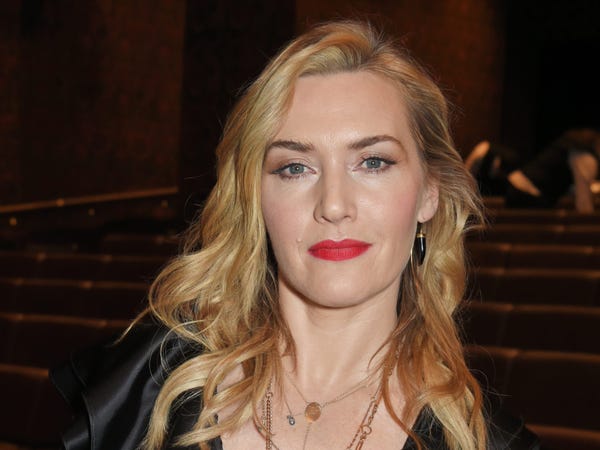 Kate Winslet has never been shy about filming intimate scenes, but she knows how vulnerable they can make you, so she's trying to give younger female actors doing them the support she never had.

In a wide-ranging interview with Vanity Fair, the Oscar-winning actress opened up about the importance of actresses not just taking control of the sex scenes they are part of but also supporting one another.

She explained that in her upcoming HBO limited series, "Mare of Easttown," the 19-year-old actress who plays her daughter, Angourie Rice ("The Nice Guys," "Spider-Man: Far from Home"), is a year younger than her own real daughter, so she took her under her wing.

During an intimate scene between Rice, who plays a gay character, and another actress, Winslet felt protective, and even though she wasn't in the scene, she stuck around on set, as there were only going to be two male camera operators in the scene with the actresses.

"It didn't require an intimacy coordinator either because it was just kissing and tenderness in the car," Winslet explained. "But sometimes it's very hard when you're young to know how to have a conversation about intimacy in your own room, let alone in the workplace. So I said, 'I will say the things that you can't actually make your mouth say. Just tell me.'"

Winslet said she actually hid in the trunk of the car as the scene was happening.

"[I was] screwed up in a little ball, just so they weren't alone in the car with two men," she said, noting that the male operators were completely respectful. "But still, she was young and it was a potential trigger moment for her. I didn't want for her to feel that way."

Looking back on the experience, Winslet said it triggered a moment she herself experienced on the set of her first movie, 1994's "Heavenly Creatures," where she didn't have a veteran actress there for support.

In that movie, she and actress Melanie Lynskey play two teenagers who are attracted to one another and form an intense friendship. Winslet said there's one instance that stands out now years later, in which she and Lynskey were topless and about to do an intimate scene.

"One of the camera boys — as we're lining up a shot, and we're both in our little undies, naked from the waist up — I heard him as an aside say to someone else, 'Well, I guess it's hard-d—- day, boys,'" Winslet recalled.

"I was like, 'Uh,' but I did this weird thing that you do when you're younger of just going, 'Well, that wasn't very nice, but we'd better not say anything,'" Winslet said. "And so I just carried on. I must have sort of buried it, because I had forgotten. But now it's crystal clear.

"I can actually remember what the guy looked like. I remember his name, and he really was a nice guy, but when you're younger, you do this nonsense thing of just thinking, 'That's what men say.' And they do it sometimes like they're breathing…. I don't know a single girl, actually, who hasn't experienced some level of harassment on that level. Even if they're just words, they're so powerful. It's like bullying."

Winslet noted that because she never had an actress looking over her early in her career, she has taken it upon herself to provide that support for others.

Recently, Winslet made news when she said that she choreographed her sex scene with costar Saoirse Ronan for the upcoming movie "Ammonite."

"I just think Saoirse and I, we just felt really safe," Winslet told The Hollywood Reporter. "[Director] Francis [Lee] was naturally very nervous. And I just said to him, 'Listen, let us work it out.' And we did."