Katharine McPhee got a big surprise after a performance in London Saturday … a pretty awesome bachelorette party.

Katharine had just taken her bow on stage, when the cast and crew from her play, “Waitress,” blindsided her with the celebration. 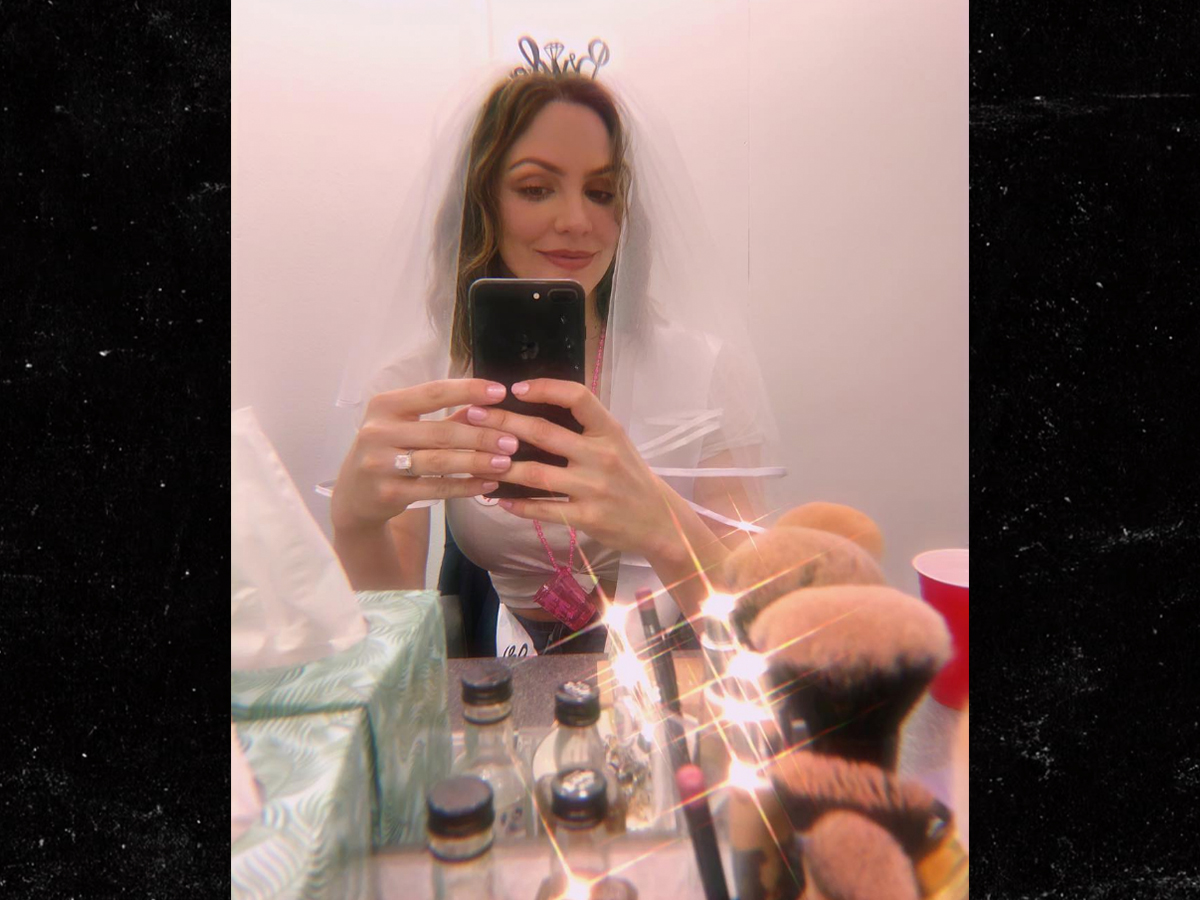 TMZ broke the story, 35-year-old Katharine is engaged to 69-year-old music legend David Foster.  David was nowhere in sight — as he shouldn’t be since the obligatory fake firefighter/stripper showed off his stuff.

Everyone danced to some awesome tunes, courtesy of Whitney Houston, Britney Spears and Katharine herself.

A lot of these engagement-type parties seem pretty forced, but this one actually seemed super fun, and Katharine’s cast clearly digs her a lot.

It’s Katharine’s second marriage and David’s 5th. We don’t know when they’re tying the knot, but when these bachelorette parties go down, a wedding usually is not far behind.