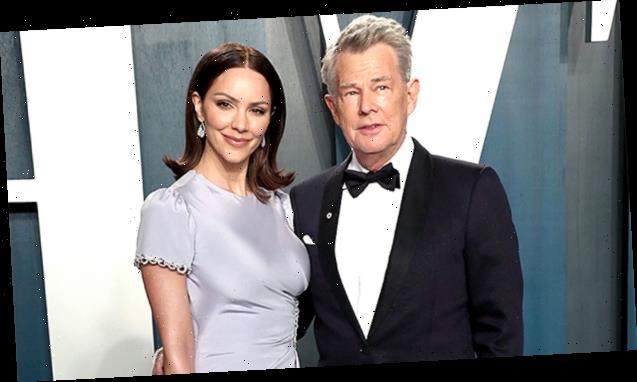 Katharine McPhee confirmed her 3-week-old son is named Rennie David Foster during an appearance on the ‘Today Show’ with Hoda Kotb!

Katharine McPhee, 36, admitted husband David Foster, 71, wasn’t so thrilled she spilled tea on their newborn son’s name! “You know, my husband was kind of annoyed…I’m in trouble, but hopefully my husband won’t be too mad at me!” the American Idol alum revealed on SiriusXM’s The Jess Cagle Show on Thursday, Mar. 18. She originally confirmed their 3-week-old baby was named Rennie David Foster during a clip from an upcoming interview with Jenna Bush and Hoda Kotb on The Today Show — joking the Grammy winning producer would “probably kill me for saying it.” The full interview airs on March 19.

A day after the preview clip from Today aired confirming the name, she explained to Jess Cagle the question caught her off guard. “But Hoda just asked me on the Today show like ‘What’s his name?’ And I didn’t want to be like, ‘Sorry, we’re not sharing it,’ ” she added. “You can’t say no to Hoda! My husband is friends with her too. So anyway, I think he’s just like, ‘It’s the only thing we have to keep private.’ And I’m like, ‘I’m sorry, she asked me the question!” going on to explain how she reasoned her spur-of-the-moment decision to share the personal detail.

“I said, ‘What was I supposed to say? Nothing?’ Like, ‘I’m sorry, we’re not sharing the name’? Because we don’t want to be that pretentious over the name, but just, it’s the only kind of thing you can hold onto that feels private, you know, that you can kind of keep,” Katharine said, noting the name is “so original” and that the couple “loves” it. On the Today Show, the Smash star confirmed the name Rennie has a “long history” in the Foster family: both David’s great-grandfather and great uncle were also called Rennie. The suggestion originally came via David’s sister over text as Katharine was in labor (she gave birth on Feb. 24).

A post shared by TODAY with Hoda & Jenna (@hodaandjenna)

“It sort of took my breath away,” she said during the interview. “I was waiting for something like that and I just didn’t think it would happen. We were going to name him something totally different, which was a great name, but not something that meant something.” Rennie is Katharine’s first child and David’s sixth, joining sisters Allison, 50, and Amy, 47, from past relationships, and Sara, 40, Erin, 38, and Jordan, 34, via his ex-wife Rebecca Dyer. “Anyway, yes, the cat’s out of the bag. It’s not like, you know, we’re the only people who’ve named our child something, but it’s just, we wanted to keep it as private as long as we could,” she also said.

A day prior on the Today Show, she admitted the couple had “a couple of names” before setting on Rennie — but ultimately loved how “Ren Foster” sounded. “My husband said, ‘Hi, Ren Foster,’ and so we said, ‘That’s a good name. It’s a strong name.’” The first-time mom said she’s “in heaven” since welcoming little Ren. “It’s really been amazing…the sweetest, it’s just the best.” 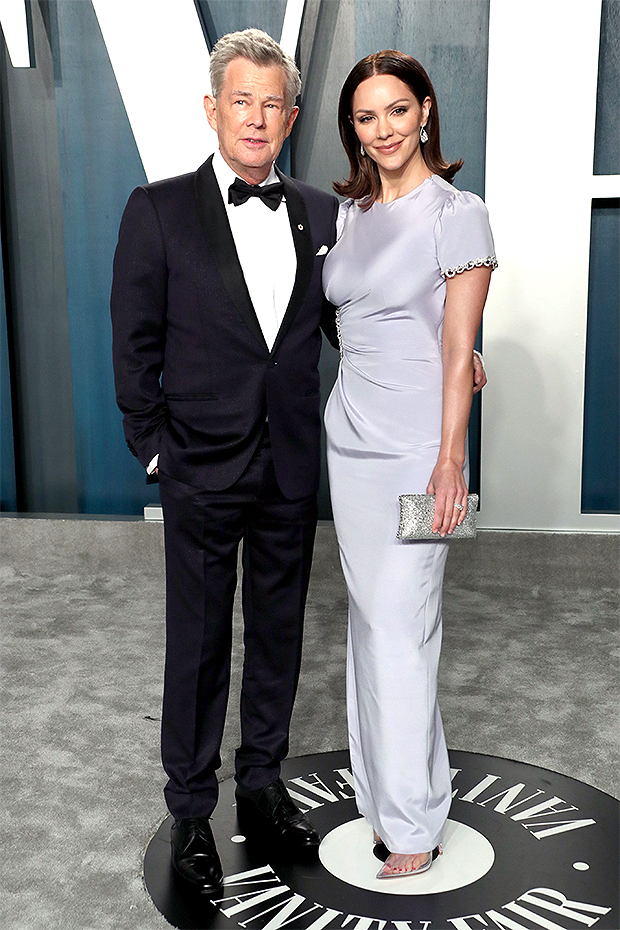 David and Katharine originally met back in 2006, when the famed record producer mentored the younger singer who competed on the fifth season of Idol. Years later, their relationship took a romantic turn — with David and Katharine tying the knot in June 2019. Reports began swirling in Oct. 2020 that they were expecting a child together, which she subtly confirmed via Instagram that same month. Opening a package of Aperol Spritz, she joked that she “won’t be drinking this anytime soon — wink, wink — but I’m very excited.”

She later revealed she was having “a boy” during an interview on the Women on Top Podcast hosted by Roxy Manning and Tammin Sursok. “Now that I am having a boy, there are different things I need to worry about to teach him versus the things I would be thinking about with a girl,” the Los Angeles native said in Feb. 2021. “But it’s kind of refreshing because I feel like I don’t need to think about those societal ‘this is the way you look.’ I think men have different issues and different things to worry about.”