KATIE Price has been tucking into packets of salted crisps, chocolate hobnobs and takeaways since boasting about her weight loss and getting liposuction.

The model recently returned from surgery in Turkey – where her fat was sucked out of her body, and injected back in to boost her bum – and friends say she’s not bothered about putting the weight back on. 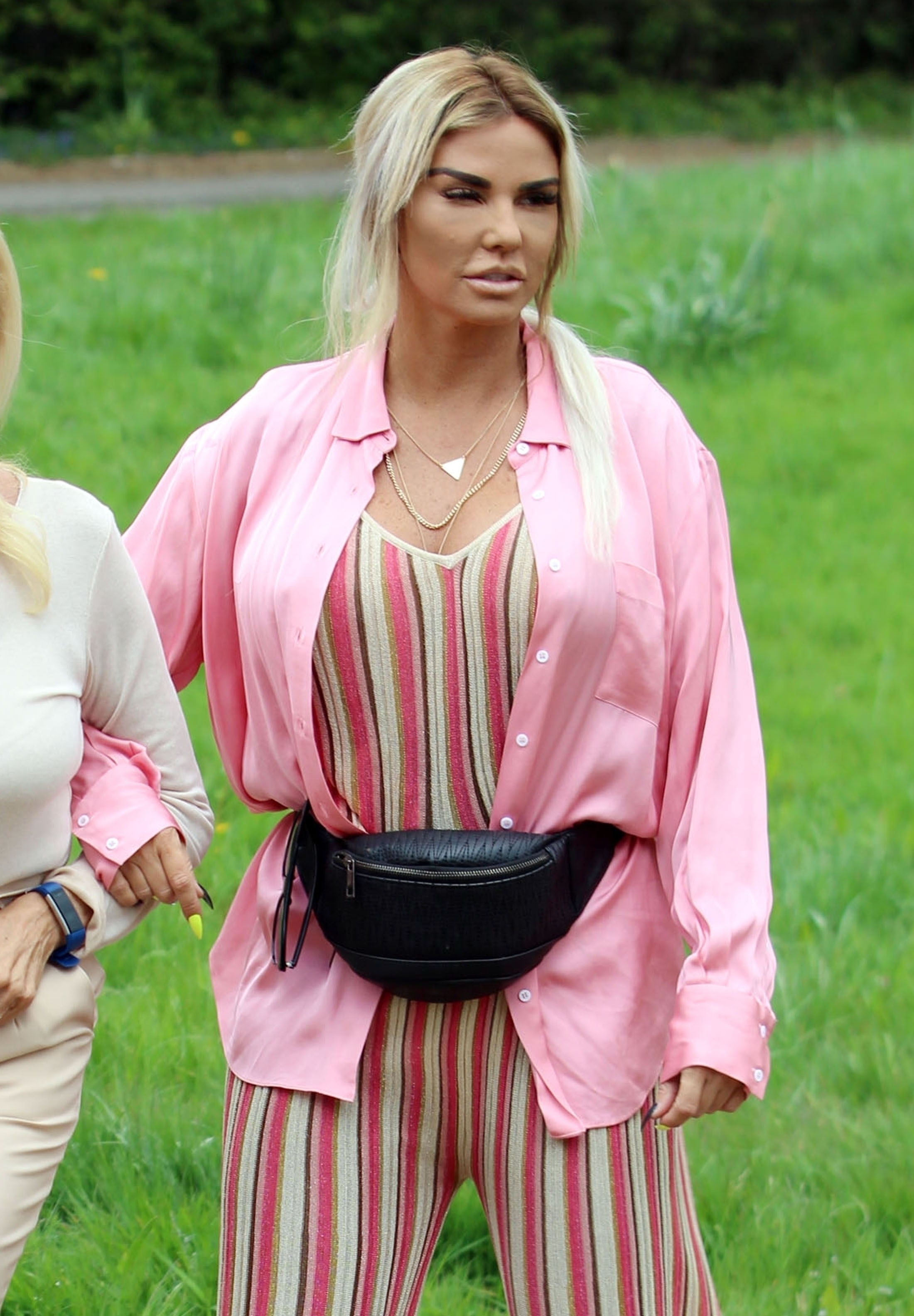 “She loves junk food and has made no secret of how much she loves a burger and chips – she’s been sending friends out to the McDonald's down the road as she can’t cook.

“She’s also asked [boyfriend] Kris to pick up kebabs from their favourite restaurant when he’s been out. She’s feeling very down and weak since the surgery so just wants to comfort eat right now.” Katie's team has been approached for comment.

Earlier this week, told fans she was tucking into a cheese omelette and avocado fries. 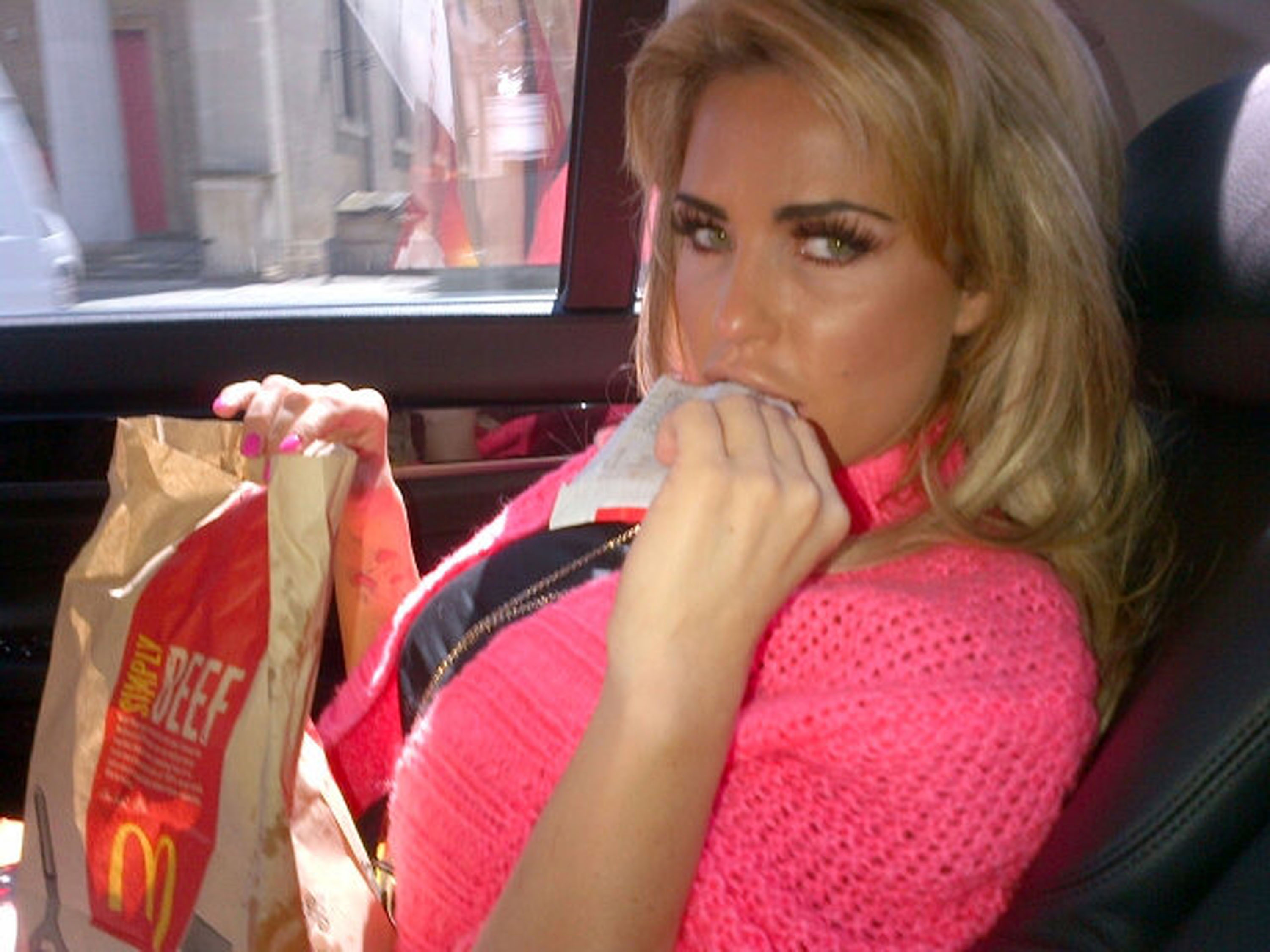 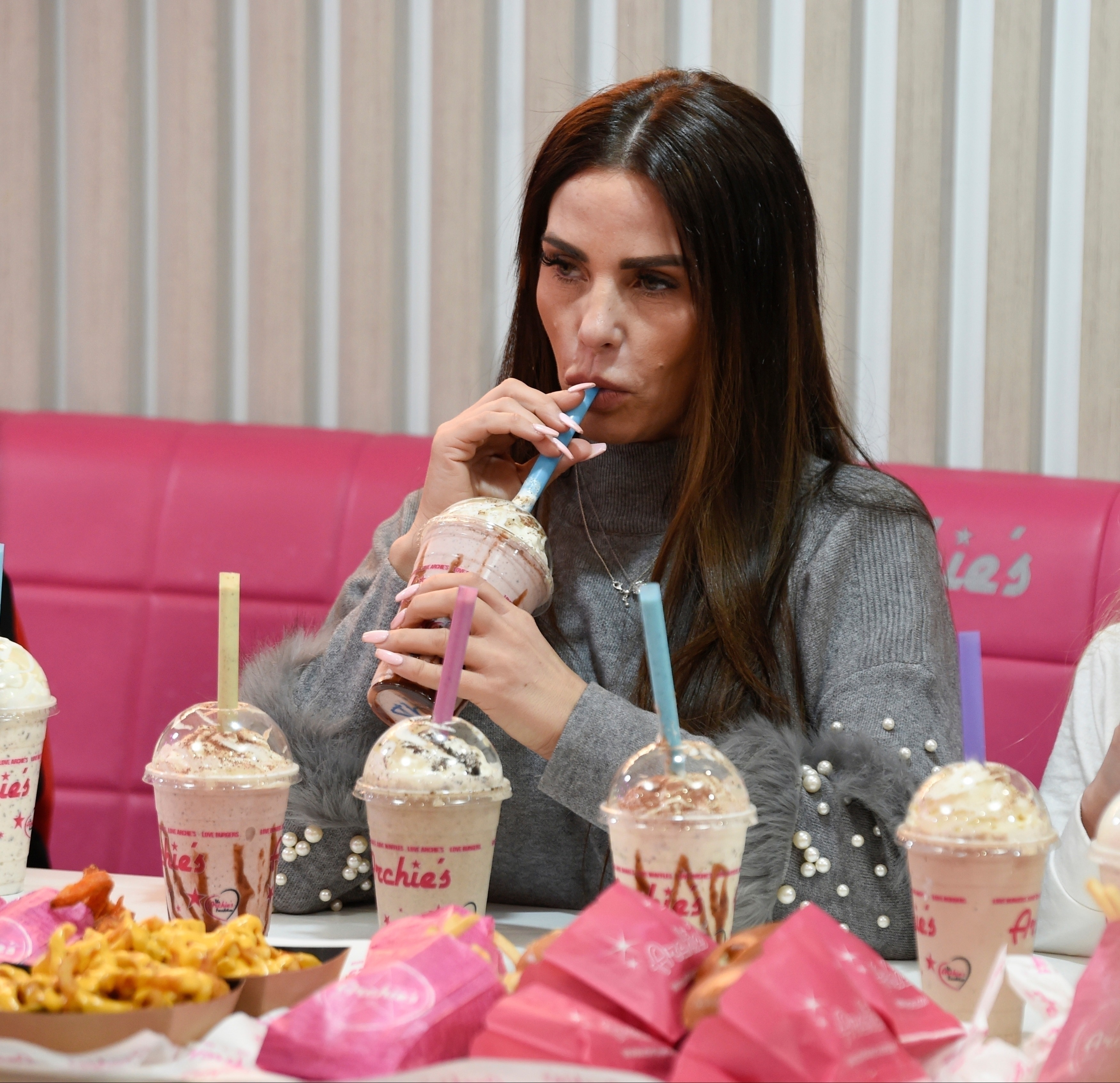 Katie’s made no secret of her love of junk food – once posting she ate 12 McDonald's hash browns in a row.

Before her surgery, she told The Sun’s Bizarre column: “Kris wants to work out with me but in the evening that’s the last thing I want to do. It’s the night time I suffer with the biscuits and the tea.

“As I’m eating my McDonalds I’m thinking ‘That’s it I’m going to start tomorrow’ but I’m there shoving another burger in my mouth. I’m a junk monster.” 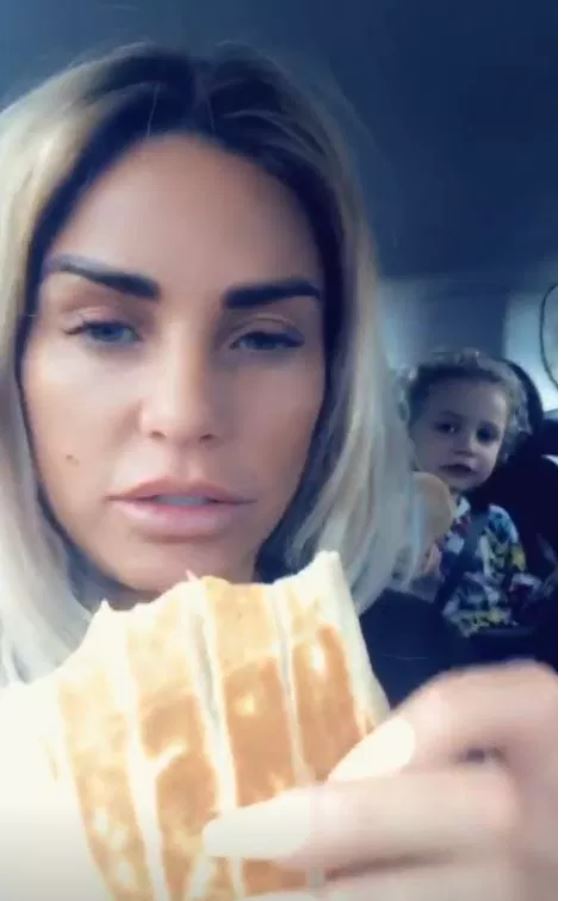 She recently left fans furious by claiming to have lost “3lbs in 5 days” using a diet coffee – despite having the lipo op days earlier.