As well as undergoing a recent body and face plastic surgery overhaul, Katie Price has also been busy transforming her tresses. 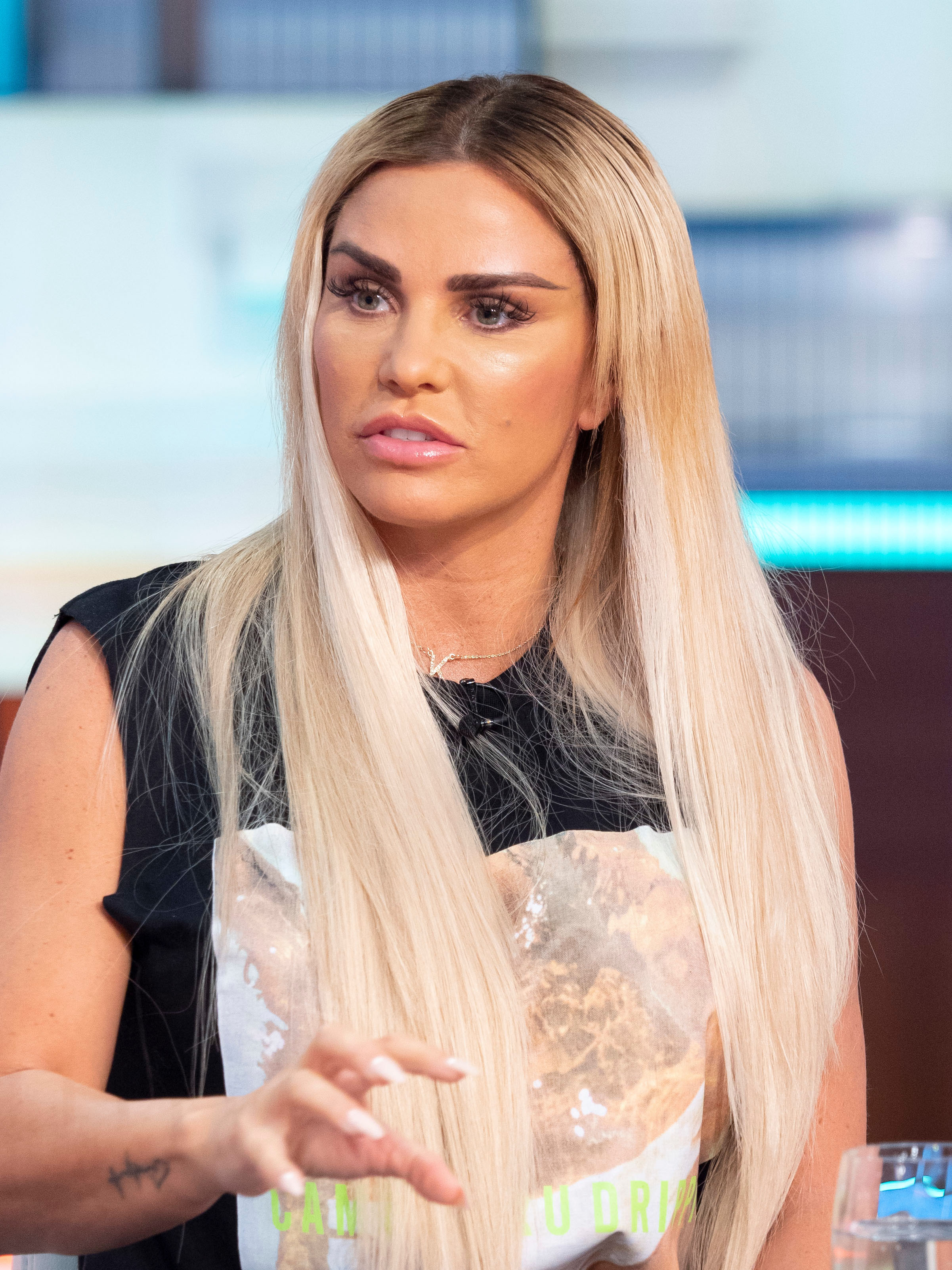 The surgery addict, who is currently in Turkey with on-off lover Kris Boyson, took to Instagram on Thursday to debut her dramatic new ‘do.

In the snap shared with her 2 million Instagram followers, mum-of-five Katie is showing off her extra long, bright blonde hairstyle while posing with her back to the camera.

But the new look quickly divided her followers, with some slamming the ‘wonky’ cut.

‘Lovely colour but would look so much nicer with a straight blunt cut,’ one commented on Katie’s snap, while another troll wrote, ‘You’re too old for that hair now.’

However, plenty of others defended her new look and told her to ‘ignore the jealous haters’.

On the same day, Katie also revealed boyfriend Kris was getting a brand new pair of fake gnashers on their trip.

Despite having a go at his girlfriend for getting so much surgery, the ex-glamour model even shared a snap of the false teeth before Kris underwent the procedure. 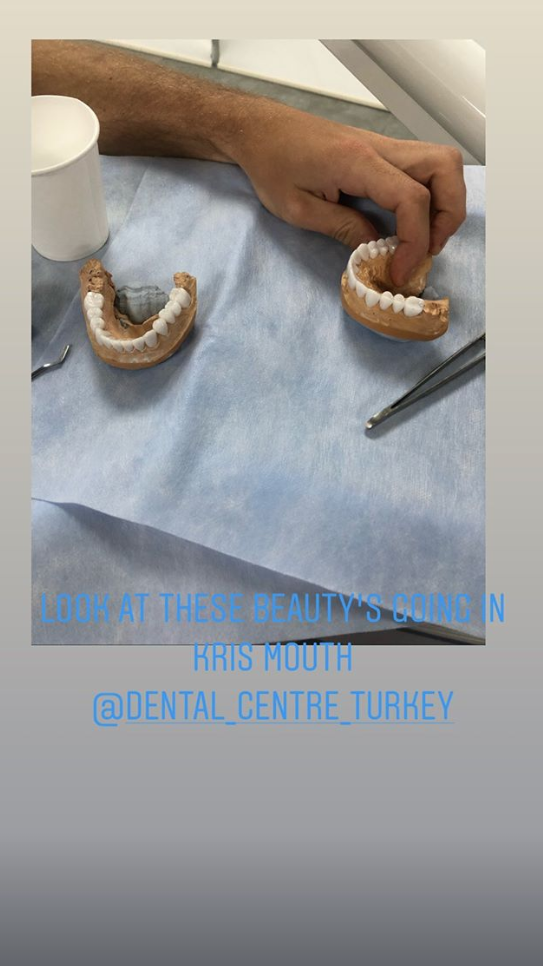 Speaking about the personal trainer’s decision to treat himself to a smile upgrade, a source said he’s getting it done at the same place Katie had hers done.

A source told The Sun: ‘Katie and Kris headed out to Turkey on Sunday evening after a rocky weekend together.

‘Kris has been looking after Katie since her last surgery and has now decided to jump on the bandwagon by going to the same place she went – to get a new set of teeth.’

The source went on: ‘He recently had his car pimped up just like Katie and now he’s following in her footsteps with cosmetic alterations.’ 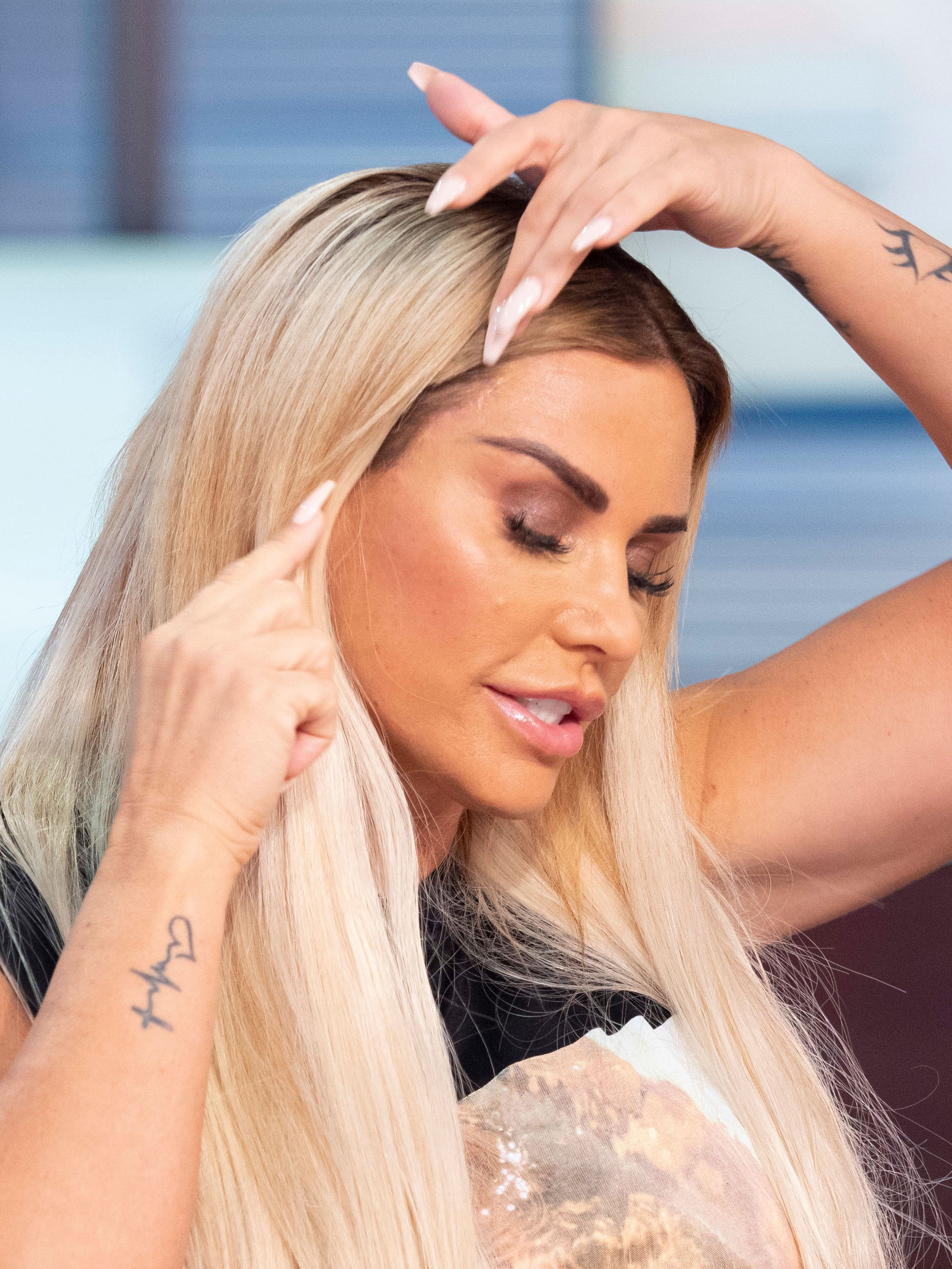 Katie happily paraded her latest procedure on social media and national TV despite admitting the surgery had left her looking like a ‘space invader’ because she was so swollen.

Appearing on Good Morning Britain, Katie told hosts Piers Morgan and Susanna Reid: ’10 days ago I had liposuction, and then I had my own fat put into my bum, you can call it a Brazilian bum lift but I haven’t had implants and I haven’t gone that big.’

Explaining what she had done to her face, Katie went on, ‘I had my own fat put under my eyes because they didn’t want to cut my eyes. As you get older you do get wrinkles around there. Then here at the side, I just had it lifted.’