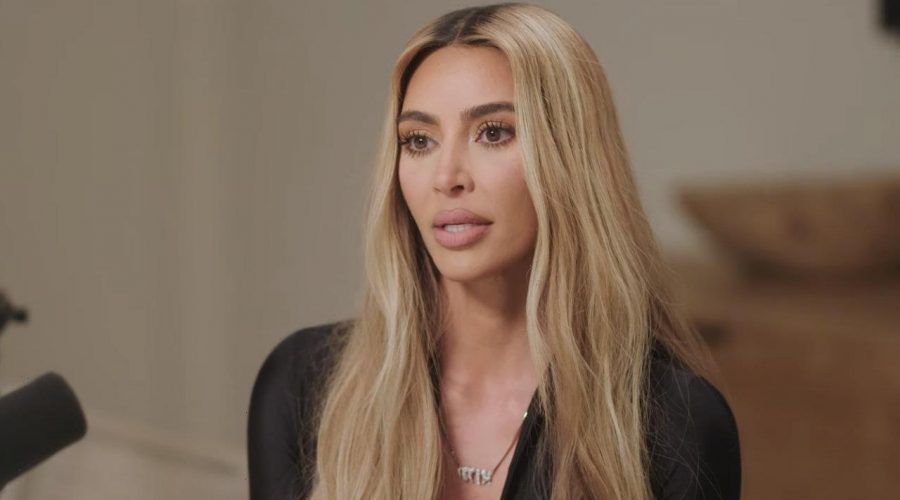 During her appearance on Angie Martinez’s ‘IRL’ podcast, the SKIMS founder talks about her getting backlash for not immediately responding to the Balenciaga ad controversy.

AceShowbiz –Kim Kardashian talked about wide-ranging things during her interview with Angie Martinez. In a recent episode of Angie’s “IRL” podcast, the SKIMS founder talked about her getting backlash for not immediately responding to the Balenciaga ad controversy.

Denouncing the cancel culture, the 42-year-old star added, “The whole point of life is to make mistakes, is to grow, and to evolve, and to be better people. Obviously there is absolutely no place or an ounce to even play with anything with children.”

Upon watching a clip from that part, Internet users were not happy. “Sooo basically you still work for them. Got it,” one person commented. “Girl you got kids but yet still working with them bye,” someone else added.

“They’re mad cause you clearly saw the message and still are going to work with them Kim.. don’t play dumb,” another user wrote. Some others, meanwhile, accused the SKKN founder of playing victim.

Some others, however, defended Kim and called out the haters. “Hear me out, I get the whole balenciaga thing but at the end of the day that’s that woman’s job. Look at how many times y’all cancelled Gucci, ye and h&m then start wearing it again months later. Y’all want her to be firm on a decision when y’all dont,” one of them penned.

In response to the Balenciaga controversy, Kim said in a statement, “I have been quiet for the past few days, not because I haven’t been shocked and outraged by the recent Balenciaga campaigns, but because I wanted an opportunity to speak to their team to understand for myself how this could have happened.”

“As a mother of four, I have been shaken by those disturbing images,” the daughter of Kris Jenner went on saying. “The safety of children must be held with the highest regard and anything against it should have no place in our society – period.”

After applauding Balenciaga for removing pictures from the campaign and apologizing, the ex-wife of Kanye West concluded, “In speaking with them, I believe they understand the seriousness of the issue and will take the necessary measures for this to never happen again.”