Kim Kardashian stepped out in a stylish hot pink outfit when she attended an after party with her family and friends after making headlines for hosting ‘SNL.’

Kim Kardashian, 40, wrapped up her eventful Saturday Night Live hosting debut with an after party that had her dressed to the nines! The Keeping Up with the Kardashians star wore a hot pink leotard and matching boa when she attended an after party after the show’s live airing, and looked fantastic! The bottom of the leotard turned into a heeled boot and she added thick sparkly earrings that went perfectly with the look. 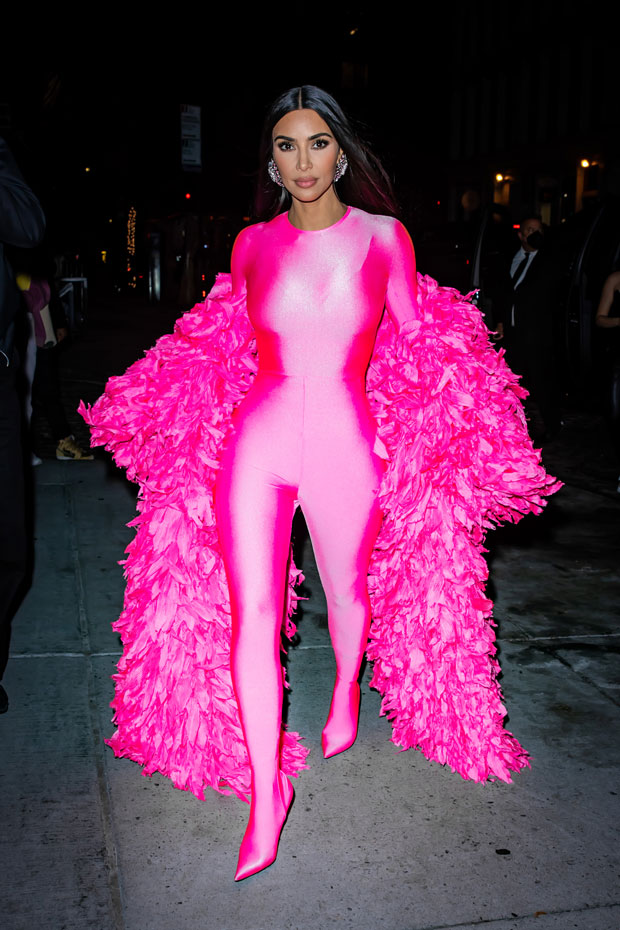 The stylish outfit was the same color as the turtleneck outfit she wore during her epic monologue on the show. That outfit also had gloves and she accessorized with dangling earrings. The beauty chose to have her long locks down for both looks. 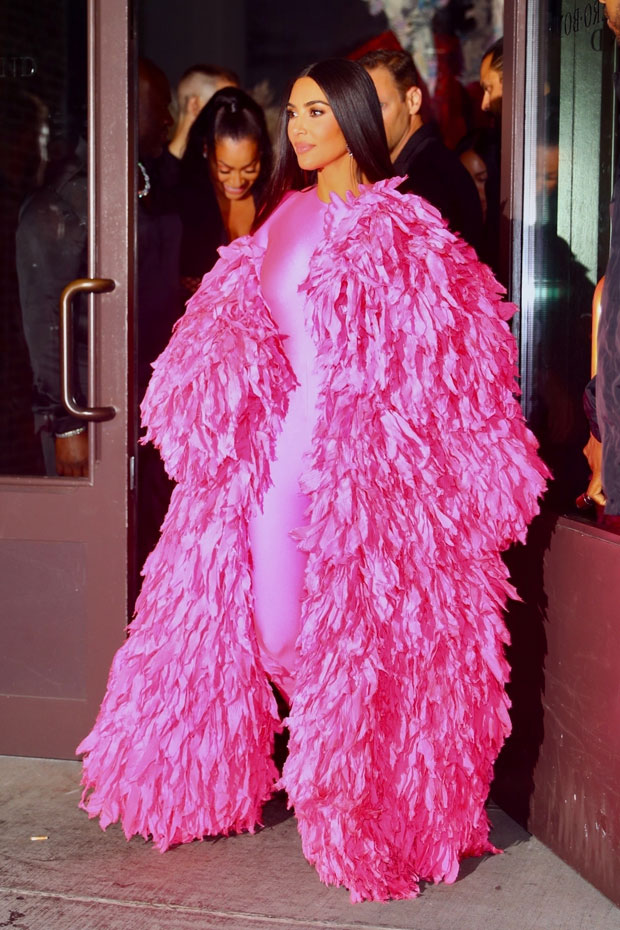 Kim’s big night was full of support from family and friends, including her mom Kris Jenner, 65, and sister Khloe Kardashian, 37, who both appeared in one of the sketches that spoofed older sister Kourtney Kardashian, 42, during her hosting episode. Kourtney’s ex and family friend Scott Disick, 38, was also spotted with the family at one point, proving the influencer had quite the group cheering her on.

Despite doing an awesome job as first-time host, a source previously told us that Kim was pretty nervous going into the gig but there was always a plan to have those closest to her be a part of it in some way, including her ex Kanye West, 44, whom she poked fun at during the opening monologue, which can be seen below. “Kim was asked to be a host for SNL and there was even discussion of having Kanye be the musical guest for the first episode of the season,” the source EXCLUSIVELY told HollywoodLife at the time. “The desire is for Kim to host and potentially have some family members take part in skits or the opening monologue. If they can’t figure it out for the season debut, they still want her to do a hosting spot sometime during the season.”

Kim’s hosting debut took place on the second episode of the iconic comedy show’s 47th season and started getting a lot of praise as soon as it aired. There’s nothing like being able to good naturedly laugh at yourself and those you love, and that’s exactly what she did throughout the night!