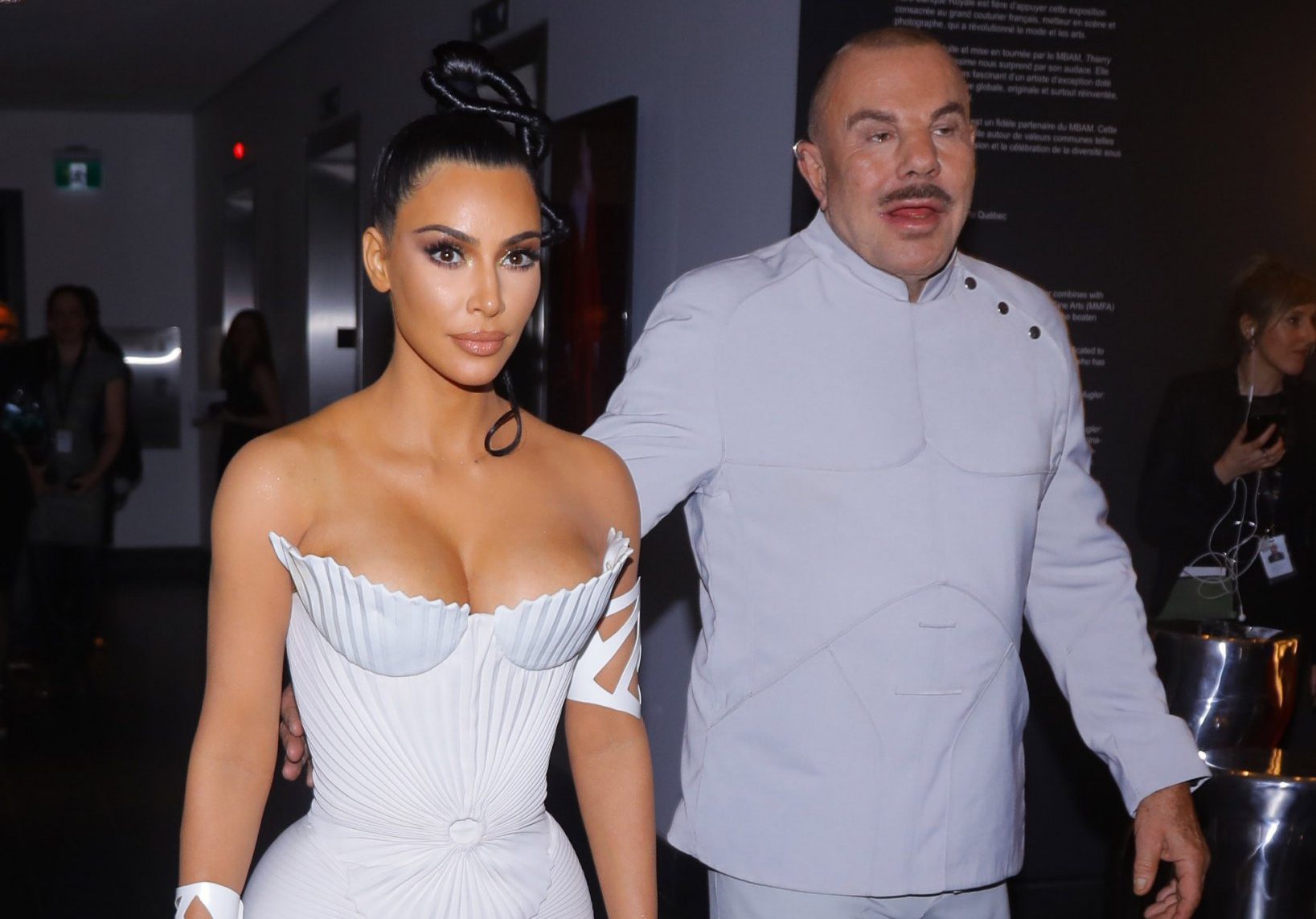 Stars rushed to offer their condolences to the late star on social media, with Beyonce and Bella Hadid among those sharing their best moments.

Kim, who notably donned a skin-tight latex dress to the Met Gala in 2019 designed by Mugler, took to Instagram with a string of photos from their time together.

Alongside the upload, the 41-year-old began: ‘Manfred Thierry Mugler. My heart breaks. There’s no one like you! Your vision, your transformations, your magic! I am so honored to have known you, spent time with you and be a muse for you.

‘There was so much more for you to show the world and that we had planned to do together, but you already gave us so much.

‘I will never forget our time together around the world and learning from the master himself on what couture really meant!

‘You always said beauty will save the world – and you really believed it was a better place because of the beauty all around! Thank you for the beauty. I love you so much.’

Kim concluded her post: ‘My condolences go to Manfred’s family, friends, JB and his incredible team – and everyone who loved him and who’s lives he has touched.’

Mugler’s death was announced on Sunday, with his team confirming the news with a black square on his Instagram page.

A message read: ‘#RIP We are devastated to announce the passing of Mr Manfred Thierry Mugler on Sunday January 23rd 2022. May his soul Rest In Peace.’

His cause of death was not provided.

He famously retired from designing in 2003 but would make exceptions for some special projects – including his role as artistic designer for Beyonce’s I Am… tour, and Kim’s infamous Met Gala corset dress.

As well as his fashion career, he also took the beauty world by storm and launched his Angel fragrance in 2009, before creating a much-lauded collection of perfumes.