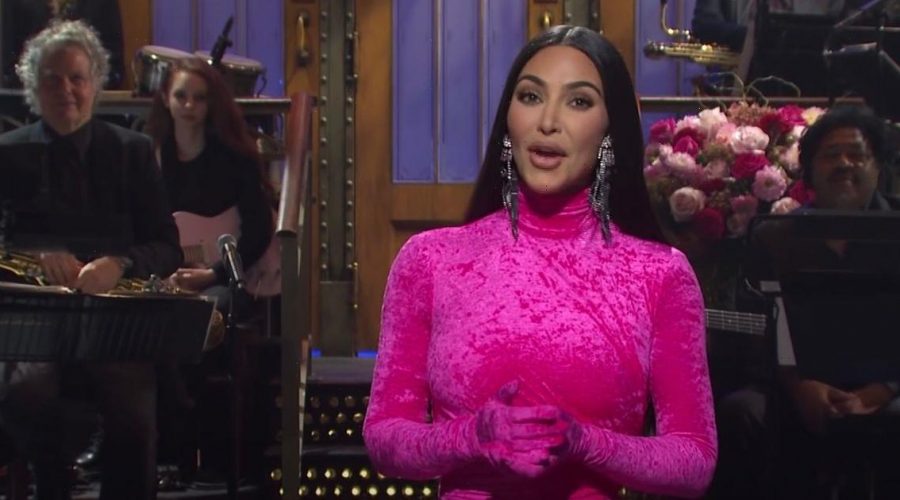 The Keeping Up With The Kardashians star, 44, took no prisoners during her opening speech on the show – poking fun at her mum Kris Jenner, sisters and her ex-husband Kanye West.

Following her successful appearance on the show, the reality star's rapper ex, 44, claimed SNL "made" Kim make jokes about their marriage.

Speaking in Drink Champs podcast, Kanye said: "SNL making my wife saying 'I divorced him' on TV because they just wanted to get that bar off.

"And I ain't never seen the papers, we're note even divorced."

Kanye, who has unfollowed Kim on Instagram again, added: "That ain't no joke to me. My kids want their parents to stay together, I want us to be together.

But, TMZ has now reported that Kim came to the show "armed with the joke". A source told the publication that Kanye's "gripe" which he aired on the podcast is "completely unfounded".

It's understood most of the stunning star's monologue was written "ahead of time" – including the line about their divorce.

And, the speech was "mostly unchanged" after it was reviewed by Kim, and she had "only a few suggestions from writers for the show".

During Kim's appearance on SNL, the reality star set tongues wagging after sharing a kiss with SNL comedian Pete Davidson during a sketch.

And now it's reported the pair are dating. Following Kim's successful appearance on SNL, the pair were spotted holding hands during an outing with a group of friend at Knott's Scary Farm in Buena Park, California, on Friday 29 October.

Now, it's been claimed Kim's friends and family encouraged her to pursue a romance with the comedian, who was previously engaged to Ariana Grande.

A source has told US Weekly: "One of the first things Kim did was to get her family and friends’ advice, and they all encouraged her to go for it.

"It’s been very obvious for a while now that she’s been missing some fun and laughter in her life, and of course Pete offers that in abundance."

For more news and gossip on Kim Kardashian, Kanye West and many more of your favourite stars, sign up for OK!'s daily newsletter here.