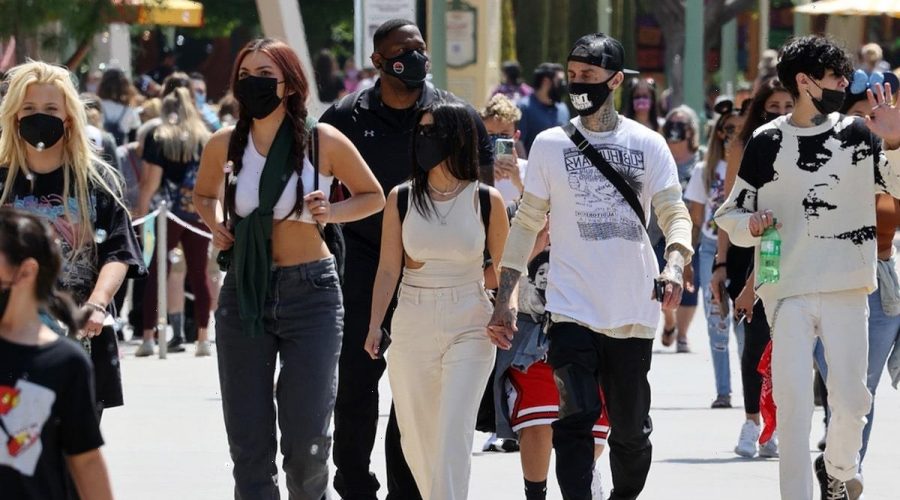 Kourtney Kardashian and Travis Barker seem to think Kylie Jenner and Travis Scott have the right idea about where to have some low-key family fun … ’cause they, too, hit up the Happiest Place on Earth.

Kourtney and Travis took all of their kids to Disneyland and California Adventure Wednesday for a little modern family fun. Kourt’s kids, Mason, Penelope and Reign, were there, along with Travis’ teenagers, Alabama and Landon. Atiana De La Hoya, Shanna Moakler‘s daughter with Oscar De La Hoya, was also there.

They also had a Disney escort and massive security guards — although, that’s probably not as necessary these days because the park’s only at 25 percent capacity. Translation: less normies looking for autographs. 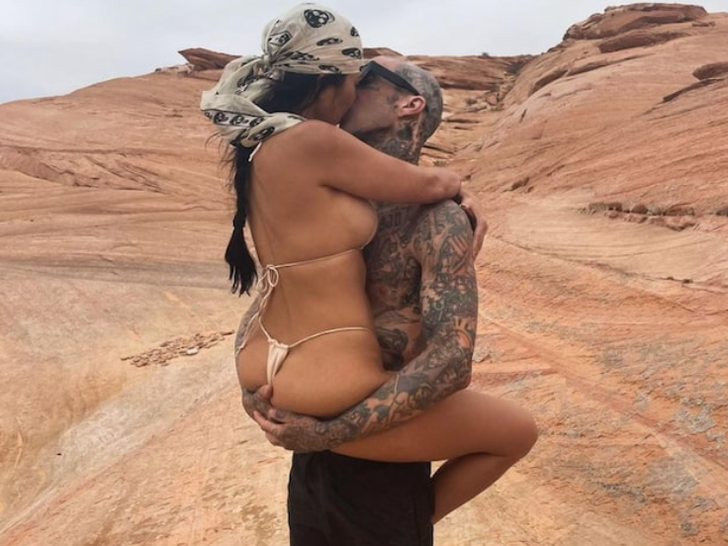 Kourtney and Travis managed to keep things PG in Anaheim as far as PDA goes … just some hand-holding. No biting this time around, but maybe some screaming while on the Incredicoaster.

As we reported, Kylie and Travis Scott hit up Disneyland just a couple of days ago, albeit they kept things a little tamer as far as rides go … taking Stormi on the Alice in Wonderland ride.