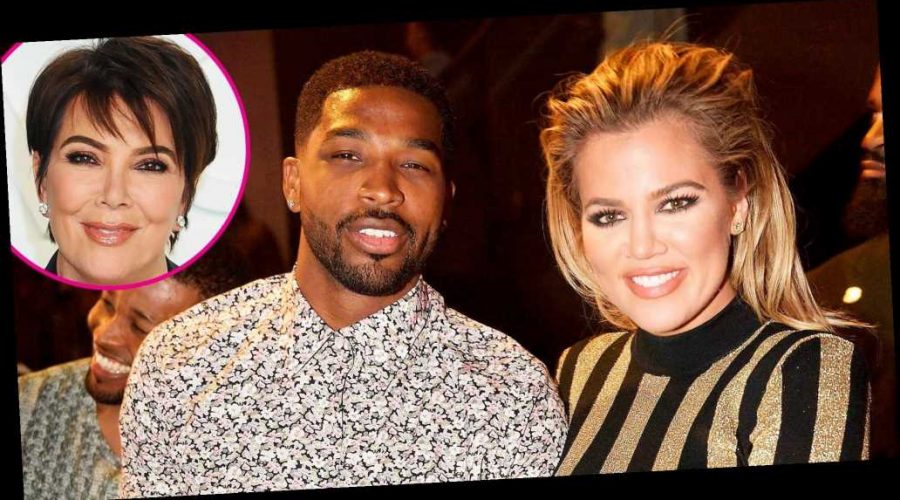 Kris Jenner played coy while answering questions about Khloé Kardashian and Tristan Thompson’s future during an appearance on The Ellen DeGeneres Show on Thursday, March 25.

When asked about the giant diamond rock that her 36-year-old daughter often wears, the 65-year-old momager told Ellen DeGeneres, ”That’s a good ring. I think she just loves jewelry. She loves a good ring. You should ask Khloé that.”

Kardashian and Thompson, 30, sparked engagement speculation last month after she sported a massive ring on her left ring finger. Sources previously told Us Weekly in December 2020 that Kardashian “often wears a ring on that finger.” Thompson, meanwhile, trolled fans commenting on the diamond via Instagram.

“WOW!!!!!!!! That grass is cut to perfection ❤️😍😘😝” the NBA player joked in the comments section of her February post.

Every Rapper and Athlete Khloe Kardashian Has Dated

Us confirmed in August 2020 that Kardashian and Thompson, who share 2-year-old daughter True, were back together after living together amid the coronavirus pandemic. After he was traded to the Boson Celtics during the fall, an insider told Us that the on-again, off-again couple were set to split their time between their home in Calabasas, California, and the East Coast.

“Tristan has really turned his behaviors around and is focusing on Khloé and True,” the source told Us at the time.

Fans are watching their complicated romance, which ended in February 2019 after he was caught cheating with Kylie Jenner’s then-best friend Jordyn Woods, play out on the final season of Keeping Up With the Kardashians. As they debate baby No. 2 on the series, Kris gave DeGeneres an update on Thursday.

“I think that it’s so great that they wanna do that again and have a sibling for True,” she said. “There’s nothing better than a big family and brothers and sisters. And that’s just my heart. So, I’m really happy. I just want them to be happy and True will be so excited.”

After the comedian suggested they name baby No. 2 “false,” Kris replied, “Ha, that’s a good one. Oh my God.”

During a sneak peek of Thursday’s episode of KUWTK, Scott Disick accuses Kardashian of being “embarrassed” about taking Thompson back.

“It’s still gotta be kind of hard,” the Talentless designer, 37, says. “The truth is, no matter what you do, people are always going to talk s–t.”

Kim Kardashian adds, “I am so over you bowing down to what the public thinks.”

In a confessional, Khloé explains: “Honestly, me and Tristan are figuring things out. But I’m still trying to navigate my way through my feelings, and that’s how I want to keep it.”