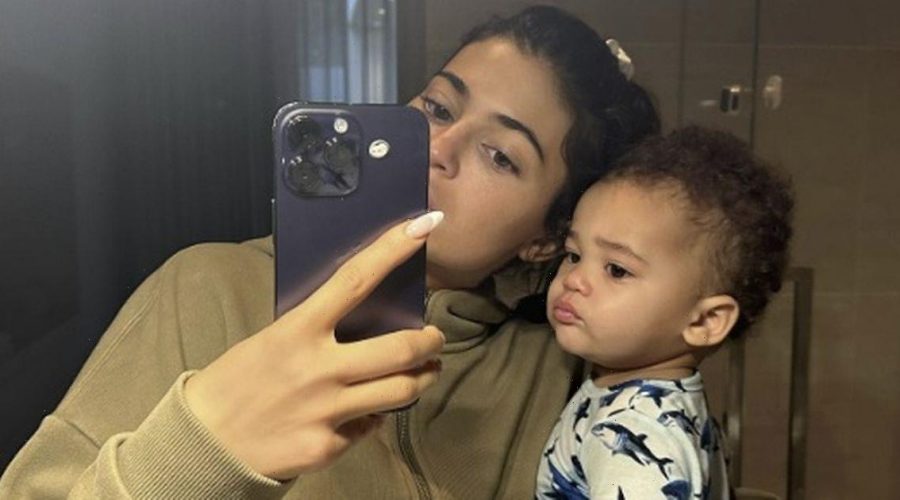 Kylie Jenner has been receiving criticism over her baby son’s new name after fans claimed it has a “very rude” meaning in Arabic.

The makeup mogul finally unveiled her baby boy’s new name months after she revealed she was changing it from Wolf – and 11 months after he was born.

The 25 year old, who also mum to four year old daughter Stormi with Travis, revealed his name as she gave her 379 million followers the first proper glimpse at her second born.

“Aire,” she captioned the series of snaps on Instagram alongside a heart emoji.

But her fans were quick to point out that her son’s name has a rather rude meaning in another language.

“I wish you did research beforehand. In some Arab countries, his name means penis,” wrote one person in the comments section, while a second added: “God help her if she comes to the Middle East.”

Meanwhile, one user wrote on Twitter: “Aire in Arabic is pronounced as ayre aka d**k…poor Kylie.”

Another added: "As an Arabic speaker, I couldn’t help but giggle at the name of Kylie’s son."

A source close to the family said the meaning of the name was “Lion of God”.

Kylie gave birth to her baby boy in on February 2, 2022 and less than a week later, she announced that his name was Wolf Jacques.

But a month later the reality star shared: “FYI our son's name isn't Wolf anymore. We just really didn’t feel like it was him. Just wanted to share because I keep seeing Wolf everywhere.”

In the series of first look snaps at Aire, proud mum Kylie can be seen cuddling the youngster in a mirror selfie as he dons a whale onesie.

A second shows the tot wearing a cute car print onesie and a black beanie hat, while a third image show Kylie smothering Aire in kisses as they mischievously play with each other on what looks like the set of a photoshoot.

And in the fourth picture Aire can be seen sitting in a high chair with food down his grey bib.

It was reported that Kylie and Travis had split from a second time earlier this month after rekindling their romance in 2020.