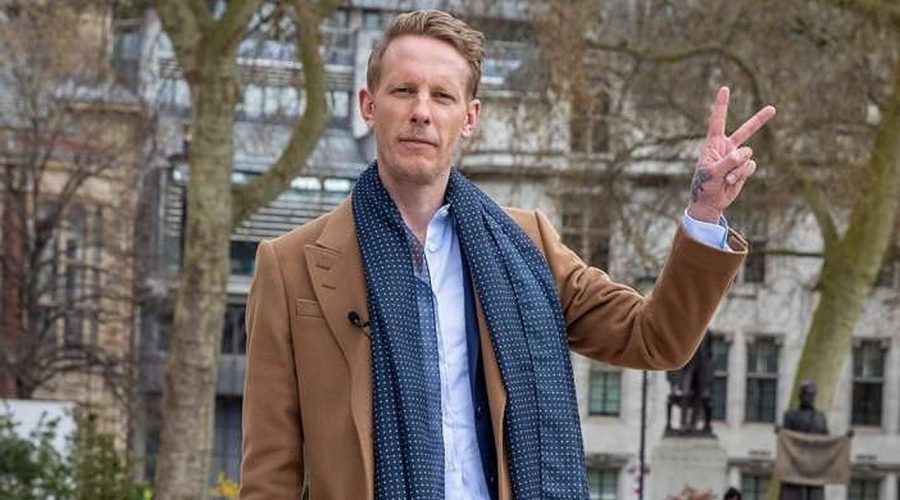 The ‘Lewis’ actor plans to home school his two young children in order to avoid getting them vaccinated because he doesn’t really trust the ‘rushed’ injection.

AceShowbiz –Laurence Fox will “not send (his) children back to school” because he’s so opposed to the U.K. Government’s COVID-19 vaccination programme.

Instead, the actor is willing to home school Winston, 12, and Eugene, nine – who he shares with ex-wife Billie Piper – in a bid to avoid them being forced into having the injection.

“Every parent who loves their children should resist this insanity,” he told Britain’s Daily Mail newspaper, as he reacted to reports that the NHS was planning to start vaccinating 12-year-olds from the first week schools go back in September (21).

“I will not be sending my kids back to school. I will educate my kids at home from now on. The rushed vaccination of children, for no reason whatsoever, shows how deeply morally corrupt this regime has become. I look forward to reading with them at home and staying the hell away from the authorities.”

Piper declined to comment on whether or not she would approve of her boys being kept home from school.

Referring to a coroner’s conclusion that BBC radio presenter Lisa Shaw had died due to complications of the AstraZeneca vaccination, “Lewis” star Fox continued, “Following the tragic death of BBC journalist Lisa Shaw from vaccine-related complications, and the unending lies about the efficacy and safety of the vaccine, I will not be sending my children to school until I have received a cast-iron guarantee that my children will not be vaccinated without the consent of both parents for a disease that has negligible chance of serious illness to them.”

“We are in the middle of a mass delusion and it is time for people to wake up. Children’s lives are at risk. However, I fully support the provision of vaccination for children in vulnerable groups with fully informed parental consent.”

A Department of Health spokesman insisted, “No decisions have been made on vaccinating 12 to 15-year-olds and it is inaccurate to suggest otherwise.”