Ball culture has been an underground phenomenon in the African-American and Latin American LGBTQ+ community for years, influencing popular culture from behind the scenes. HBO Max’s Legendary brings ballroom to a wider audience, showcasing the glamour and artistry that comes with a ball. With ten houses competing this season, everyone needs to step up their game to win and that’s where costume designer Johnny Wujek comes in. He is responsible for bringing each house’s vision to life in the most extravagant, but functional, way possible.

DEADLINE: Walk me through the process of an episode, what happens between when we see them pitch ideas to you and them performing on stage?

JOHNNY WUJEK: Basically, a ball will happen and then they find out right after what the next ball is, like, Plastic Fantastic. So then, that night they think on it and then they come into my studio and we film a whole day with all the houses talking to creative. After that, by end of that day we have to lock it in. There’s no more changes or new ideas because we have two and a half, three days before the next ball. So, the turnaround is very, very quick and once we lock in the creative and everything, it’s full tilt boogie. I have my whole team come in the next day. 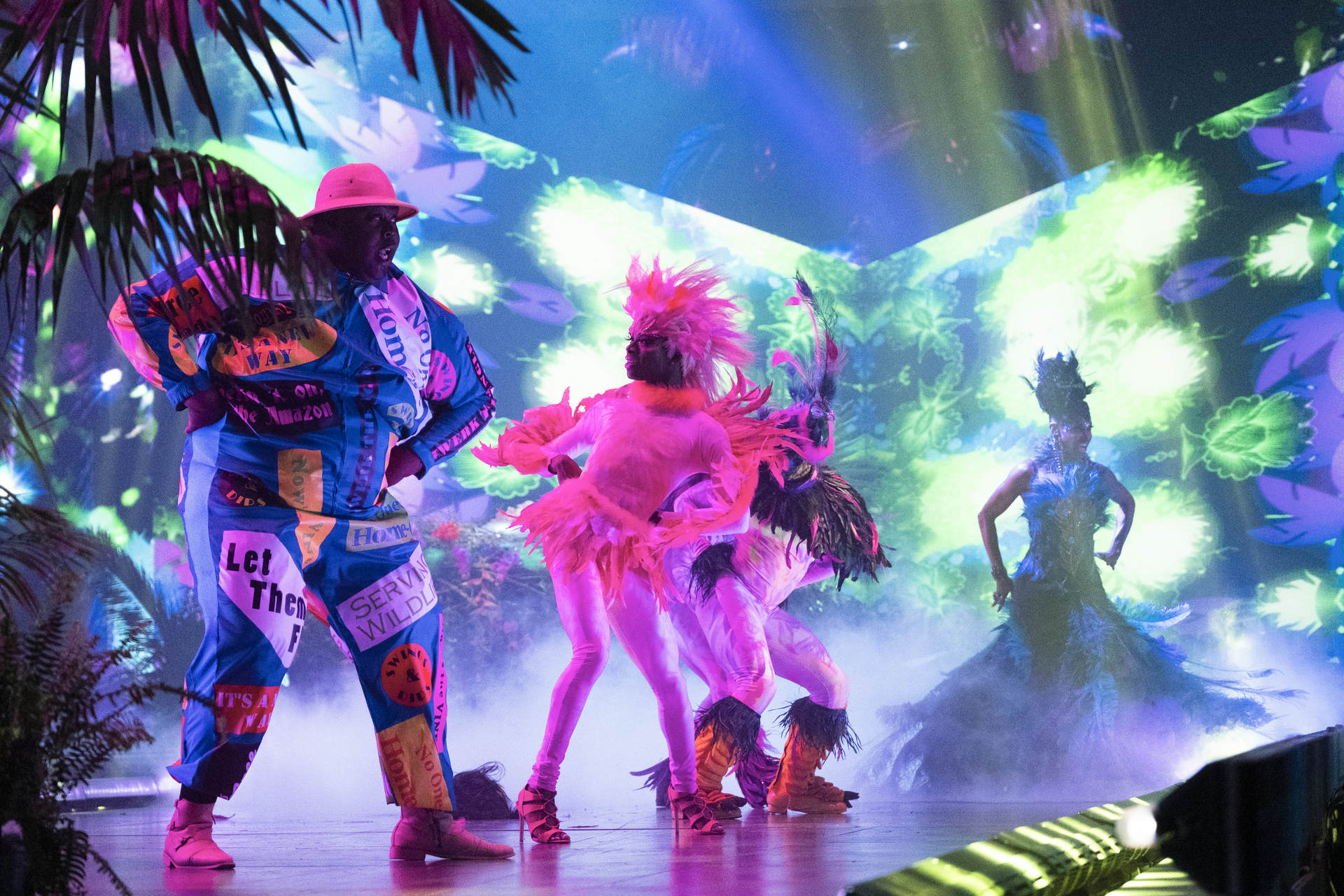 The whole day after the ball is on camera, so we’re getting information, and then the next day my team is there in the morning and I’m basically like, “this is what we’re doing.” We have illustrations, sketching, we have colors and this and that. So now it’s delegating, you go there and do this, you’re making this, we’re doing this, we need to shop this. It’s just full tilt boogie, and then fittings happen, whenever we can get the cast. They’re doing choreography, they’re doing reality, so it’s all about getting the cast so we can fit the pieces when they’re done. And then it’s all the way up to show day, literally down to the wire because of the quick turnaround, so it’s chaos.

DEADLINE: What would you say was the most challenging costume to make this season?

WUJEK: The tree for Arturo Miyake-Mugler, because they dance full out. They’re like throwing themselves all over the stage, dipping, spinning, and twirling all on the ground and jumping, so these costumes have to really hold up. So, you have to think of that when in design, and when they say like “over the top bizarre,” how do you make it so over the top and freaky, but then have it wearable and function or have them dance and be able to do things in it. So, that was a challenge throughout the whole show. We have these amazing ideas, now how do we make it so that they can dance in it, spin, dip, turn, and it won’t like completely fall apart? 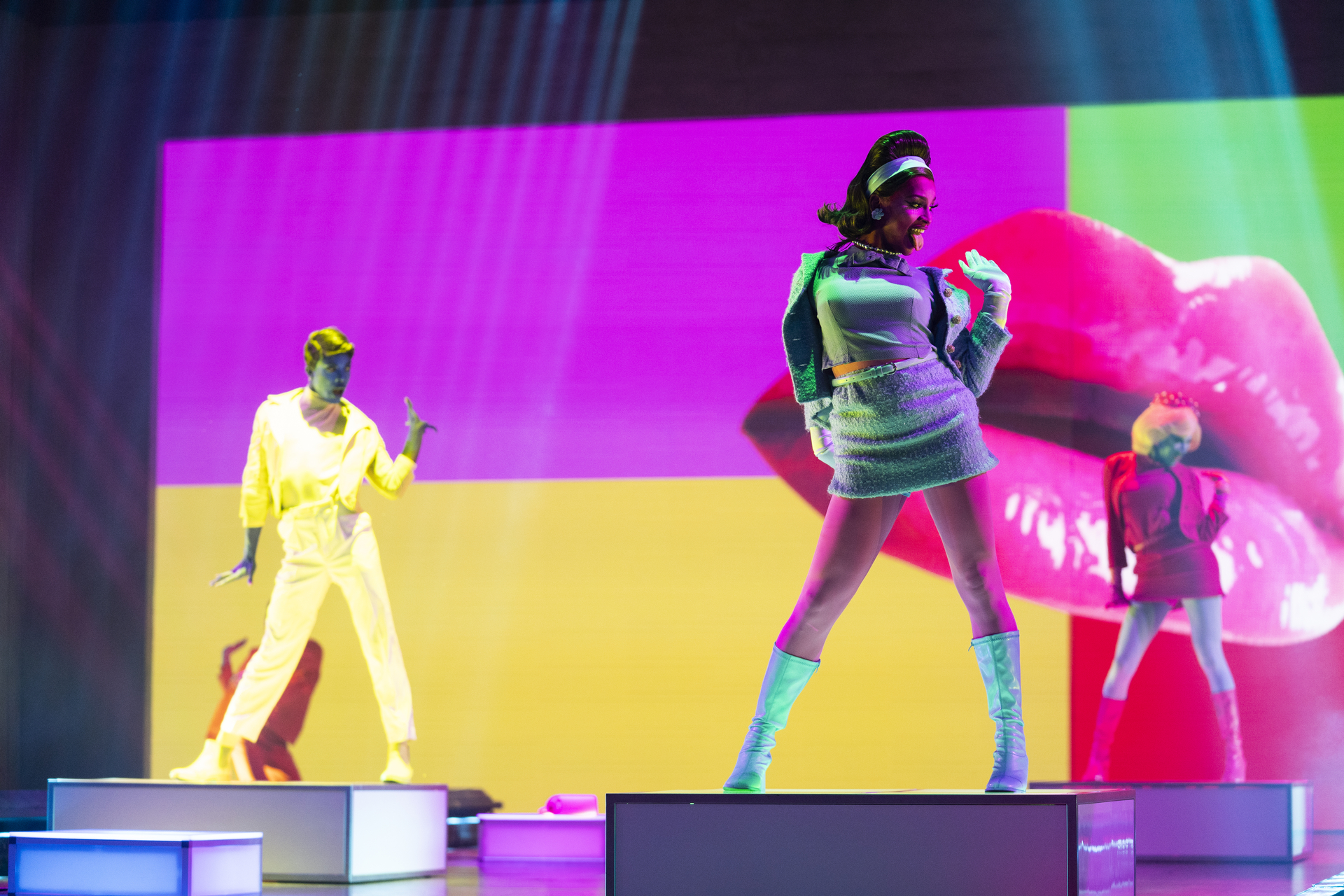 The tree was hard because it was so detailed and intricate and elaborate. And again, we had no time, it was just like hustle, hustle, hustle to make it. But then, I was like, the branches can’t fall off. Like this stuff can’t just like go flying off. So, everything has to be secured and we had to cut back ideas to make it work.

DEADLINE: So the houses do get judged on everything, including the costumes. How do you feel when that happens?

WUJEK: Well, Law (Roach) is usually the one reading the costumes and he’s a friend of mine, obviously, and we’re homeys and we kiki and gag about it. I joke about everything, but there are times when I’m like, “am I being judged here? Like, am I the one competing?” But they’re all aware of the turnaround and the time frame of building these costumes. And it’s like, I don’t know that I’m not being judged, but it’s more about the performance and it’s about the house cause they are contributing creatively. I think if the judges aren’t vibing with their look, it’s not necessarily on me because they came up with the idea. This is what they wanted to do and I just kind of created it for them.

I don’t really take it personally, but I do throw shade at Law all the time. I’m like, “girl, talk about the shoes again.” Everyone freaked out about that Honey (Balenciaga) read. So, on my team, there’s a guy who was in charge of doing the shoes for everybody. Cause the shoes were always a thing, sometimes it’s a heel, sometimes you’re in a flat, it depends on what they’re doing for their dance or what the category is. So, I was like, “you’re in charge of the shoes.” So, when Honey read those shoes that she wore, that I didn’t even see until she was on stage, everybody was like, “oh my God, how dare Honey come for you?” And I was like, “she’s not coming for me.” I mean, I didn’t pick those shoes out, but still it is a read on wardrobe, but Law defended us and it was a whole thing but, you know, it is what it is, that’s ballroom. Ballroom is all about shade but it’s all love and support in the end.

DEADLINE: With shows like Pose and Legendary, why do you think ballroom is becoming more visible now, when ballroom has had such an influence on culture behind the scenes?

WUJEK: I feel like divine timing is always the tea, it’s like everything is happening at the right time in our world. Now, more so than ever, it’s all about celebration of diversity and who you are and being your authentic self. Like, kids are coming out at such a younger age as like transgender or gay, and it’s just becoming this new normal, which I love. It’s this freeing celebratory state of the world, and I feel like Legendary is such a perfect show for this time of celebrating who we are as individuals and that we’re all human, that we’re all different but we’re all made of love and life. Celebrating each other is much more fulfilling than the separation being forced at this time as well. So, I love Legendary because it’s just a celebration of being who we authentically are as humans.