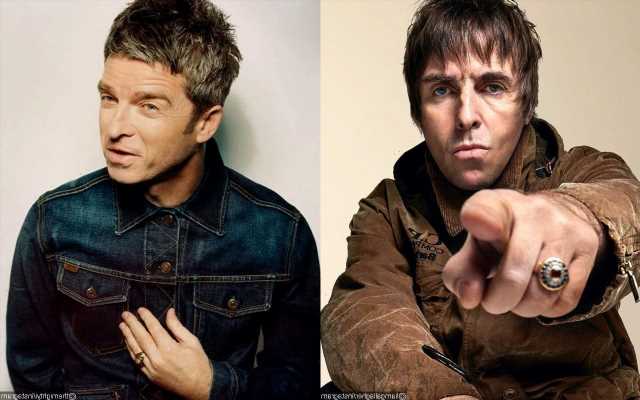 The former Oasis frontman, who has been estranged from his former bandmate and brother since the pair fell out in 2009, continues their beef as he roasts his arch-nemesis sibling’s looks.

AceShowbiz –Liam Gallagher continues the feud between him and Noel Gallagher. The former Oasis frontman has roasted his arch-nemesis’ sibling’s appearance, suggesting he looks like he “hasn’t had any scran in about 10 years.”

The 49-year-old musician, who has been estranged from his former bandmate and brother since the pair fell out after a backstage bust-up at the Britpop group’s final concert in Paris in 2009, quipped that Noel must get annoyed when people mistake him for him, because he’s not made any effort to look skinny like his older sibling, 55, who he believes has been watching his weight and getting Botox.

Asked in an interview with LadBible.com what question Liam gets asked the most when he’s out and about, the “Diamond in the Dark” singer said, “Alright Noel.” Using the opportunity to mock his older brother, he quipped, “That geezer, he hasn’t had a scran for about 10 years, you know what I mean?”

Noel has been married to second wife Sara MacDonald since 2011, and the “For What It’s Worth” singer has blamed her for being the reason why he hasn’t spoken to his brother in years.

What’s more, Liam’s feelings were “hurt” when Sara once called him “fat.” She originally hit out at the outspoken rocker in a since-deleted Instagram post in which she said she wouldn’t be watching Liam, whom she described as a “fat t***”, performing at Glastonbury in 2019. She wrote, “Think I’m going to swerve that. The fat t**t doing his tribute act balancing a tambourine on his head is going to look pretty dated after Stormzy.”

Days later, Noel accused his brother of sending threats to his family, when he shared a screenshot of a text message that Liam had allegedly sent to Noel’s 22-year-old daughter Anais, asking her to tell her stepmother to be “very careful” in the wake of her comments. Liam later insisted he didn’t threaten Sara, and although he apologized for getting his teenage niece involved, he didn’t appreciate being called “fat.”

02/06/2022 Celebrities Comments Off on Liam Gallagher Blasts Noels Appearance, Says He Hasnt Had a Proper Scran for About 10 Years
Lifestyle