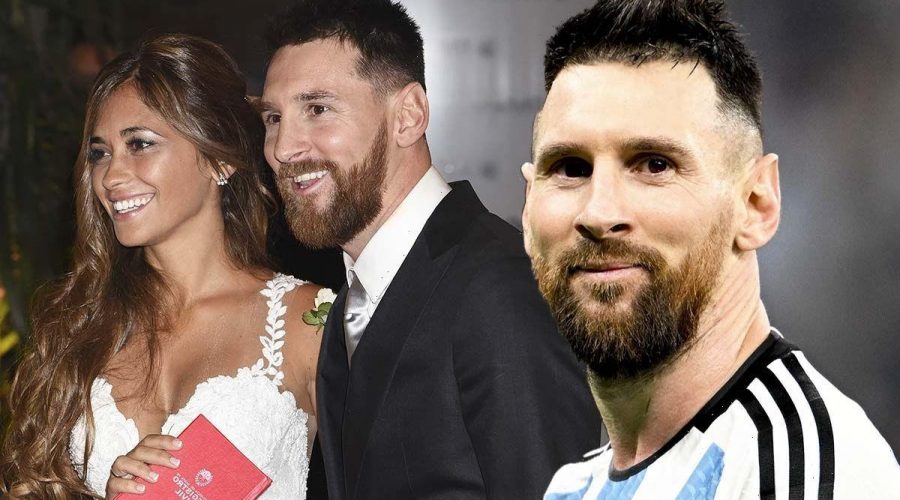 Lionel Messi, 35, could be set to make history with Argentina today if they win the World Cup inside the gleaming golden bowl of the Lusail Stadium. But the football superstar is not alone in his quest to become a world champion, as his wife and childhood sweetheart, Antonela Roccuzzo, will be cheering him on.

Lionel met Antonela when she was five years old as her cousin, Lucas Scaglia, was a childhood friend of Lionel’s.

The pair instantly became friends, and Lionel regularly visited her home just to see her.

It is not known how long the pair have been together but their relationship became public in 2008.

The footballer moved to Barcelona when he was 13 but the pair remained in contact.

Lionel did not hesitate to catch a flight to go back to Argentina to support his long-time love after the tragedy.

Antonela then went on to enrol at university to study humanities and social sciences at the National University of Rosario.

She then began postgraduate studies in dentistry, which she eventually dropped out of so she could be with Lionel in Barcelona.

Lionel finally married model Antonela in 2017 in a ceremony that was billed as Argentina’s “wedding of the century”.

The event took place at the plush City Centre Hotel and Casino in their hometown Rosario.

The couple now have three children together, Thiago, Mateo and Ciro.

Lionel has previously given fans an insight into his admiration for his wife in a rare interview where he discussed his family life.

Asked what he admires most about Antonela, Messi told MARCA: “The truth is that (I admire) everything.

“She has many good qualities: how she gets by on a daily basis; her personality; she is always in a good mood, and she always faces up to problems in an admirable way.

“She is a very intelligent person who is great in all aspects of life.

“Thiago, despite his age as he will turn seven now, is a very mature and very intelligent person. He is a gentleman.

“And Ciro is similar to Mateo, or maybe worse, we’ll see.”

So far, Lionel has been in outstanding form for Argentina in Qatar, scoring five goals for his country.

The South Americans had a rough start to the competition when they lost 2-1 to Saudi Arabia at the Lusail Stadium, a loss nobody saw coming.

But Lionel has turned on the style to help Argentina sail past the likes of Mexico, Poland, Australia, the Netherlands and Croatia towards the coveted final.