LIVERPOOL fans are flooding to get to Madrid – but they will have to cough up massively to watch their heroes in the Champions League final.

The Reds produced one of the greatest comebacks ever seen as they knocked Barcelona out after a stunning comeback at Anfield. 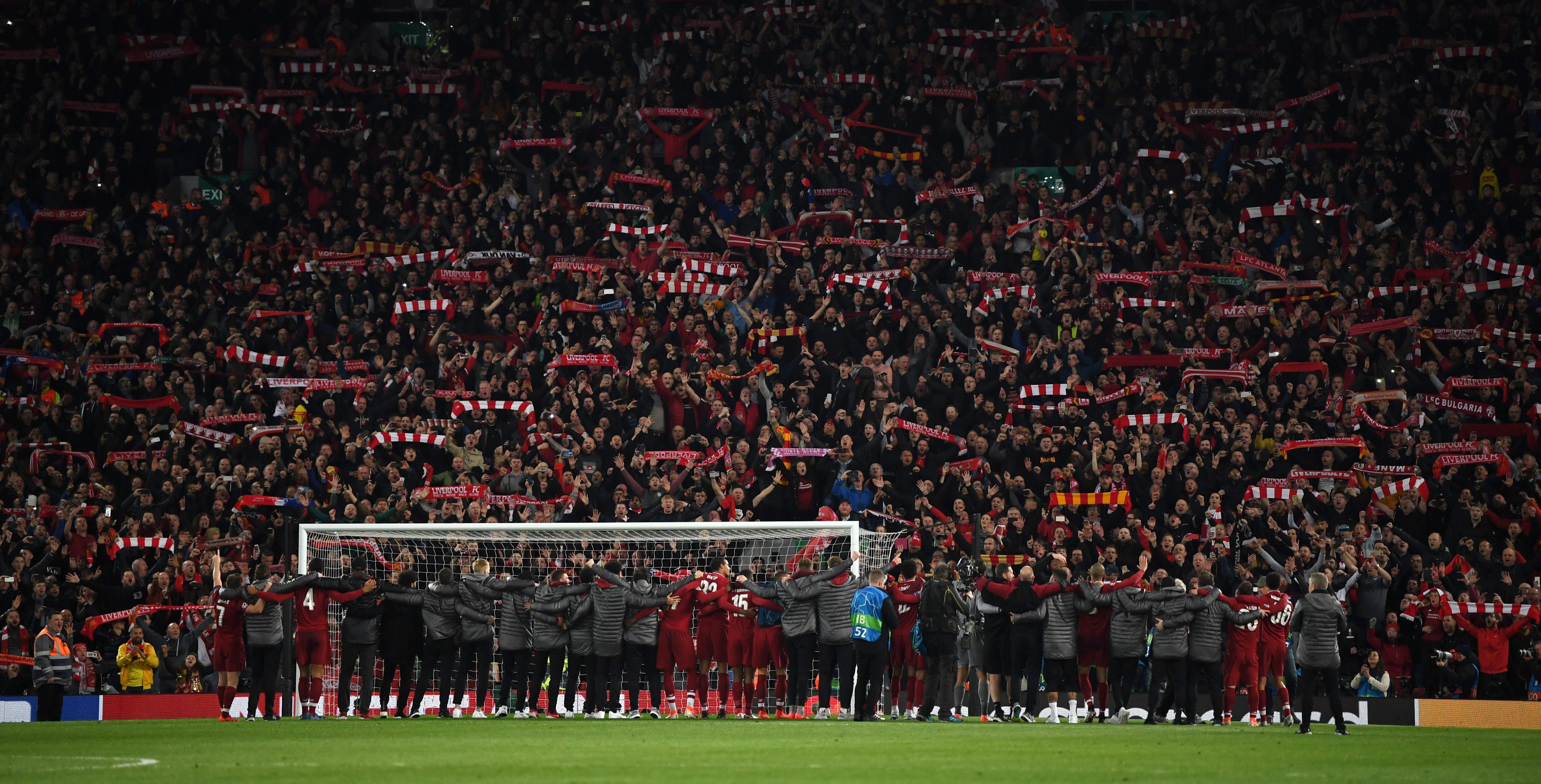 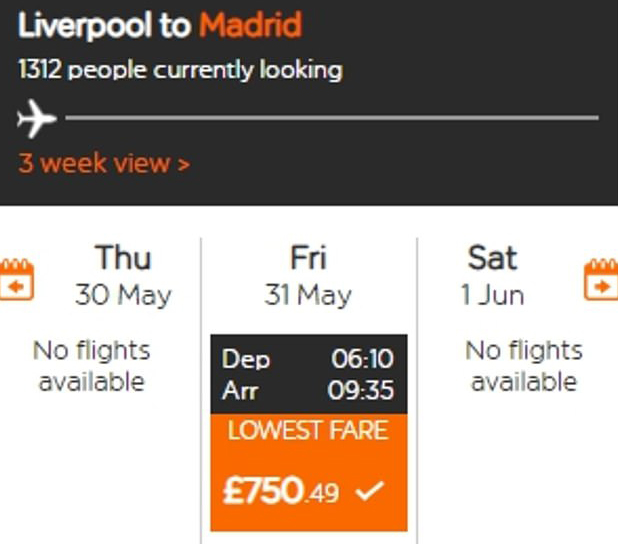 A brace apiece from Divock Origi and Georginio Wijnaldum sealed a miracle 4-3 triumph on aggregate as Liverpool shocked the world to bounce back from last week’s first-leg defeat.

But supporters were quickly brought back down to earth as they uncovered the price of attending the June 1 showdown.

Flights from Merseyside to Madrid, where they will face either Ajax or Tottenham next month, have rocketed to £750 one way.

And those attempting to buy a match ticket online in the aftermath received a shock as prices soared to £4k.

And it looks like the cost of both will continue to soar as more and more scramble to secure a spot at Atletico’s Wanda Metropolitano Stadium.

A direct plane from Liverpool’s John Lennon Airport the day before the final had already reached the £600 mark ten minutes before the end of last night’s game.

But it had reached £750 for a single by the time the full-time whistle was blown.

And that has left fans scratching their heads at cheaper alternatives to get to the Spanish capital – with one even joking about setting up a Go Fund Me page.

GET ME OUT OF HERE

The company is offering a last minute switch to other Spanish cities to miss all the invasion of Spurs and Liverpool supporters.

For those who want to avoid the game completely, there's even the offer of taking up a booking at the Azimut Hotel… in SIBERIA.

But not everyone had left things until the last minute.

One named Ronnie had total confidence in his side going all the way in the competition.

And he could not help gloating about as he tweeted: “Looks like my £40 flight to Madrid I booked ages might come in handy.”

While Scott said: “3 grand for a champions league final ticket. And people will pay it. Feel sick.”

10/05/2019 Uncategorized Comments Off on Liverpool fans flood to get to Madrid for Champions League final as flights soar to £750 and tickets go for as much as £4,000
Lifestyle