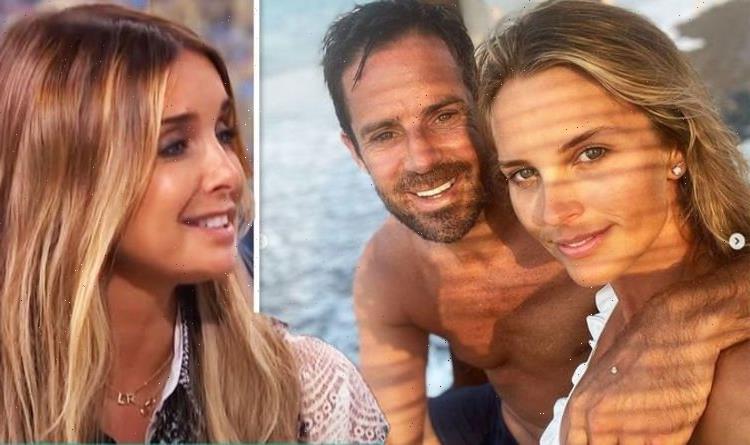 Louise Redknapp stuns as she prepares for a photoshoot

Louise Redknapp has been tipped by bookmakers to be a part of the next I’m A Celebrity… Get Me Out of Here! line up, which is set to start next month. The news comes days after the star, 46, was said to have put on “a brave face” following her ex-husband’s Jamie Redknapp’s wedding to Swedish model Frida Andersson last week.

It is now believed that the actress is a contender to appear in the ITV show.

The former Eternal singer recently had her odds on entering the show slashed from 28/1 to 6/4, reports The Sun.

Addressing the statistics, a BestofBets.com spokesperson said: “Louise has always been high on I’m a Celebrity’s wanted list and the odds are tumbling.

“She’s touched on the subject of joining the line-up a couple of years ago but nothing came out of it.

“However, perhaps now, as her ex Jamie Redknapp is making all the headlines following his marriage to Swedish model Frida, a stint on I’m a Celebrity would be the perfect opportunity for Louise to create her own.”

Other potential contestants who may enter the Welsh castle in a matter of weeks include Good Morning Britain presenter Richard Madeley.

Louise previously took part in the fourteenth series of Strictly Come Dancing in 2016.

The popstar was partnered with Kevin Clifton but despite making it to the finals, they were beaten by presenter Ore Oduba.

A year after her Strictly debut, Louise announced her split from her footballer husband after 19 years of marriage.

In her autobiography, You’ve Got This: And Other Things I Wish I Had Known, Louise said she would have never left her marriage if the programme hadn’t sent her on a “new path”.

The pop singer and the football pundit were married back in 1998 and share sons Charlie, 17, and Beau, 12, together.

Last week, Jamie, 48, tied the knot with Frida, with whom he is expecting a third son in the coming weeks.

The newlyweds celebrated in front of friends and family in Chelsea, with a reception at Scott’s restaurant in Mayfair afterwards.

However, Heat magazine reported that the happy scenes were a punch in the stomach for Louise.

A source told the publication: “Louise is devastated, but she’s trying to put on a brave face for the sake of the kids and everyone around her.

“She’s said that, even though Jamie told her it was on the cards, she was blindsided by it happening so soon.

“She doesn’t understand what the rush was or what they are trying to prove by having a surprise wedding.”

The star is reportedly considering giving up her married last name now that Jamie has a new wife and after noticing that Frida has already changed her name on social media.