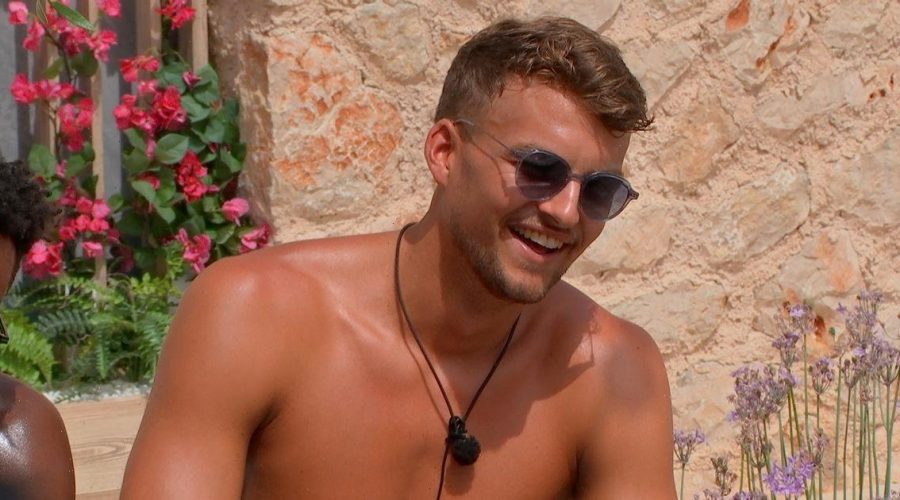 Just days after PE teacher Hugo Hammond was brutally dumped from the Love Island villa, he has sparked new romance rumours amongst fans of the show.

Hugo, 24, was booted out of the Majorcan villa along with Amy Day, 25, who he was coupled up with towards the end of his time in the villa, but rumours have been sparked already he could have his eyes on another brunette stunner.

Hugo and Amy arrived back in the UK on Friday after their romance turned sour and Amy branded Hugo a “fake” and says she was “messed around” by him.

He then took to Instagram on his arrival home to share a picture of himself at Heathrow airport.

"A huge thanks to everyone for all their support throughout my journey on @loveisland turning on my phone to all your lovely messages has been amazing.

"Super excited to spend some quality time with my family whilst I quarantine (and catch up on the show, looks like I've missed some juicy ones.

The reality star was flooded with comments to his post but it was one comment in particular that caught fans' eyes.

Former Islander Francesca Allen, who starred in the ITV2 reality show back in 2019, got fans hot under the collar with her comment that has sparked new love interest rumours with Hugo.

Francesca, 26, shared her support for Hugo with three clapping hands emojis. Hugo responded to the brunette stunner and replied with a string of kisses under her message.

Fans of the show were quick to jump on the exchange and speculate at a new budding romance between the pair.

One excited fan said: "Oh my god, I would never have seen this coming but Hugo and Fran are literally the perfect couple."

Another jumped in with: "Go for it, Hugo. Francesca could be the one for you."

Another joked: "All those weeks grafting in the villa and his dream girl was out here all along."

There's no doubt Hugo is very much single and available after leaving the villa after his last coupling up with Amy turned very sour.

On leaving the villa, Amy slammed Hugo for the way he treated her.

She said: "I was being 100 per cent genuine and real and I was a little bit messed around, but I loved the experience.

"I’ve definitely learned what I don’t want and how I should be treated in a relationship."

Opening up on how she feels about Hugo now, she explained: "Fake – because he wasn’t telling me that he didn’t like me. I do wish I’d opened up and re-coupled with someone else."

To read all the Love Island gossip sign up for OK!'s daily newsletter here.