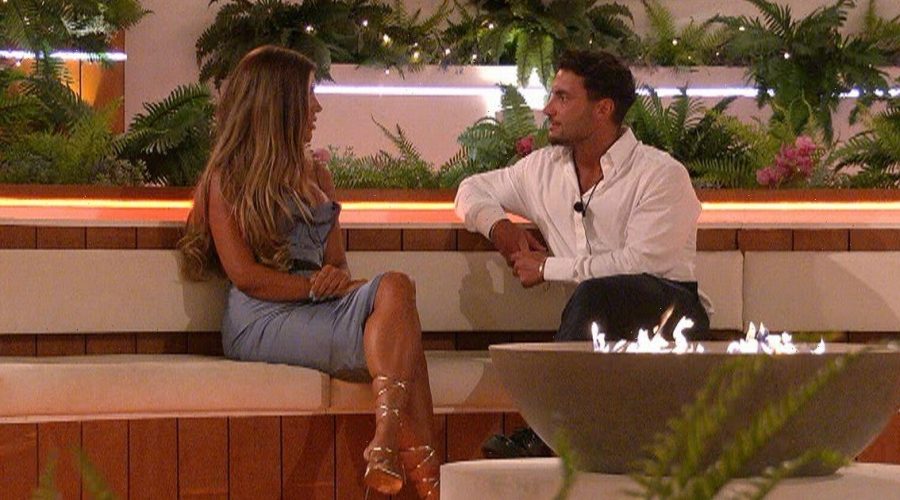 TheLove Islandvilla is set for more drama on Sunday as Movie Night continues and the Islanders' reactions to what they see is set to be explosive.

Ekin-Su Cülcüloğlu and Davide Sanclimenti are set to face another test to their relationship after the footage shown in Friday’s episodeshowed a clip of Ekin-Su getting to know George Tasker at Casa Amor.

As the boys watched, Davide, 28, said to them: "So what did they say, was there touching or not?"

To which Adam replied: "She touched him or something like that and said 'can you keep it a secret'," as Davide ate his popcorn and stewed it over, before exclaiming: 'She's a liar!"

Speaking in the Beach Hut, Davide said: "Apparently she [Ekin-Su] had something in Casa Amor with a boy, I can't remember the name, I don't really care about the name.

"The point is not that she had something, the fact is why have you lied again?"

Davide shared kisses with a number of the Casa Amor girls in the main villa, but he and Ekin-Su chose to remain together in the recoupling.

In upcoming scenes after the screening, Davide and Ekin-Su head to the fire pit for a chat.

Questioning her time at Casa Amor in light of the footage, Davide asks: “Anything else I need to know?”

With the actress insisting: “Nothing happened between us. Firstly, from day one, this boy George fancied me from the minute I got there, I kept saying we’re friends, my heart and my head is here with you.”

Will Davide believe her? Can his trust be restored in Ekin-Su?

The couple have endured a rocky relationship on the show so far, with the pair coupling up earlier on in the series before Ekin-Su shared a number of secret steamy smooches with Jay Younger, 28, who had just entered the villa at the time.

Friday’s episode saw Movie Night kick off asGemma Owen, 19, got a text which read: “It’s time to get glam and hit the red carpet as you attend Mad Movies the premiere! #SpillThePopcorn #ITV2andChill.”

Dami Hope admitted: “Personally, I know I am starring in this movie!”

While Ekin-Su said to Davide: “If we pass this we’re fine.”

Davide then mused to the boys: “Forget nothing, at the end someone will pay the bill.”

Love Island continues every night at 9pm on ITV2.