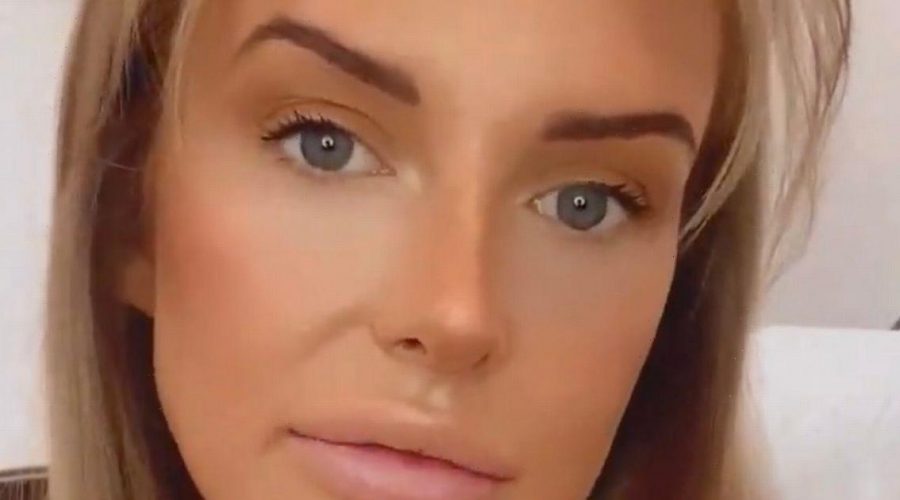 Love Island star Faye Winter has revealed the one place in the villa with no cameras and said none of this year's Islanders smoked.

The 26 year old blonde, from Devon, who recently stunned fans with her 'impeccable' taste in homes as she shared details of her house hunting with beauTeddy Soares, took to Instagram for a question and answer session with her 1.1million followers.

Faye, who came in third place with boyfriend, 26, on the ITV2 series, revealed how she told Teddy that she loved him in the larder.

The stunning reality star was asked: "Did you take Teddy into the larder to tell him that you loved him? So cute."

Faye, who was seen getting ready during the Q and A, replied: "Oh you guys love a love story, don't you? So cute.

"So I knew the larder wasn't filmed, there's no camera in it. I really wanted it to be a moment just between me and Teddy."

Meanwhile Love Island fans were eager to find out if any of the contestants smoked in the villa after ITV bosses banned smoking scenes on the show in 2018.

Faye was asked: "Who was a smoker in the villa?"

The blonde bombshell added: "How funny? None of us this year! No one smoked so you didn't miss out on any drama whatsoever which is cool isn't it? Yeah, no one is a smoker!"

Meanwhile Faye and Teddy have been updating fans on their home search after the Devon beauty had initially stated that she would find relocating from her coastal hometown to London "a bit much".

However, only two months after leaving the Love Island villa, it seems like her and Manchester-based Teddy have compromised with a rural countryside home within commutable distance of the city.

Faye gave her fans a glimpse into what life could soon look like for her and her former Abercrombie and Fitch model boyfriend, and explained that she's overjoyed fans are "loving" the property content.

But after attending all of the viewings, Faye, a former lettings manager, admitted that it made her "really miss my job".