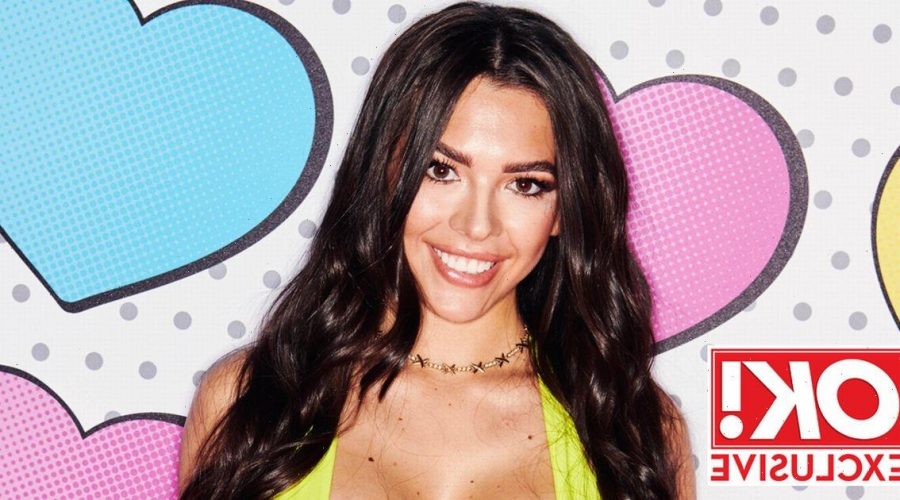 Gemma Owen has made quite the impression in this year’s Love Island villa in the few short weeks since the show has been back on screens – with many fans even dubbing this year “Gemma Island”.

So it’s no surprise that the 19-year-old is already being lined up for another show after her stint in Majorca.

OK! can reveal that Gemma – whose dad is former England player Michael Owen – is in talks for a brand new series set to expose the world of footballers’ daughters.

“It will follow their everyday lives and dramas, giving viewers insight into what it’s really like for young girls growing up in the spotlight of their famous fathers,” our source explained.

“There’s no denying Love Island has been the ‘Gemma Show’ this year, and it’s not surprising the production Love Island’s Gemma Owen has been offered a big sum to appear on a reality series about footballers’ daughters companies are desperate to capitalise on that.”

Our source added that Gemma has been offered a “significant sum” to take part in the show, which is being produced by the same company as The Masked Singer and The Masked Dancer.

They also revealed that Former Manchester United star Wes Brown’s daughter, Halle, 19, a dancer from Cheshire, has been approached to appear in the show.

Since strutting into the villa, Gemma has been front and centre of most of the major dramas.

After initially coupling up with Welsh lad Liam Llewellyn, 22, she later ditched him to couple up with Italian stallion Davide Sanclimenti, 27, before finally deciding to crack on with fishmonger Luca Bish, 23.

But just a day into her getting to know Luca, in walked her ex-boyfriend, Jacques O’Neill, 23.

Before entering the villa, Gemma was already proving to be a successful businesswoman in her own right. The star has her own swimwear range, OG Beachwear, and has also been competing as an international dressage rider since she was a little girl.

Talking about her fashion range before flying to Spain, Gemma said, “I would love to carry on with my business which I have just set up. I will be wearing a few bits in the villa, it’s a small collection at the moment.

“I really like the Kardashians, I watch them on telly and I follow them on social media. I think they are all good, powerful business women, what they have made for themselves is really inspiring, I’m a massive fan.

We have a feeling you won’t be far behind her at this rate, Gem!

For all the latest celebrity gossip, sign up to our daily newsletter here.