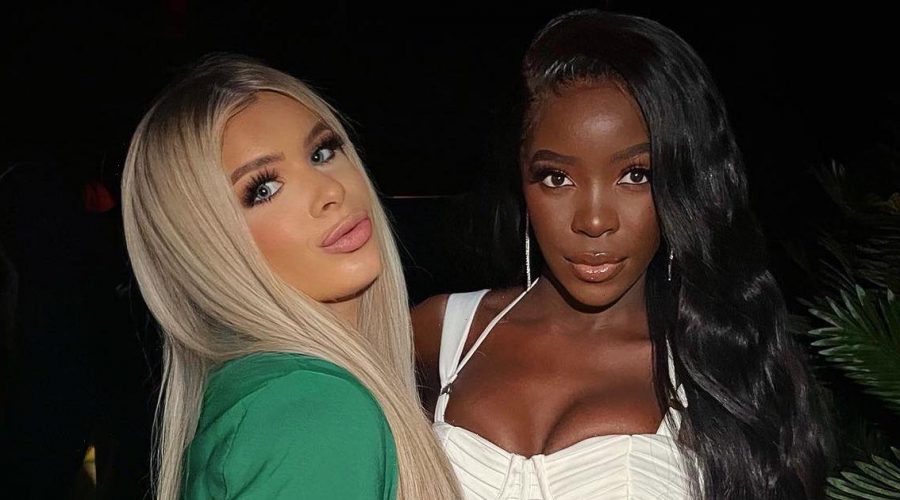 Love Island stars Kaz Kamwi and Liberty Poole have taken to social media to assure their fans that they’re doing OK afterbeing held at knifepoint on their trip in LA.

The pair were reportedly on their way to a party when the incident occurred after they ended up in "the wrong part of the neighbourhood" and were threatened by a 40 year old woman.

Two passersby then came to the two reality TV stars’ aid, and called the police.

“They’re grateful that the two men were in the right place at the right time, to help them,” an insider said.

“They’re now determined to put the scary incident behind them for the rest of their once-in-a-lifetime trip,” they went on to tellThe Sun.

Liberty and Kaz have now updated fans on the situation, and echoed that they didn’t want the ordeal to ruintheir sun-soaked trip to America.

In an Instagram Story posted on Kaz’s page, she said: “We wanted to jump on really quickly and say thank you to all the messages we have received.”

Liberty then weighed in saying: “Obviously, it was a scary incident that happened Thursday, but we didn’t want it to affect the rest of our holiday so we’ve just been continuing on as normal and living our best lives.

“And obviously, it’s horrible that that happened, but we’re OK and that’s the main thing that we’re safe.”

They went on to thank people for their kind messages of concern, while revealing that they’re heading back home to the UK today.

Kaz and Liberty then stayed in LA following the festival and have been sharing snaps of their trip on their Instagram pages.

Over the weekend, Liberty posted a photo of herself in a pink crop top and a monochrome cropped jacket and matching skirt and told followers in the caption she was "never coming home".

To which Kaz commented with: "WE CANT LEAVE".

Meanwhile, Kaz oozed confidence as she posed a photo of herself posing in a lilac cut out corset top with lace sleeves and matching cut out mini skirt.