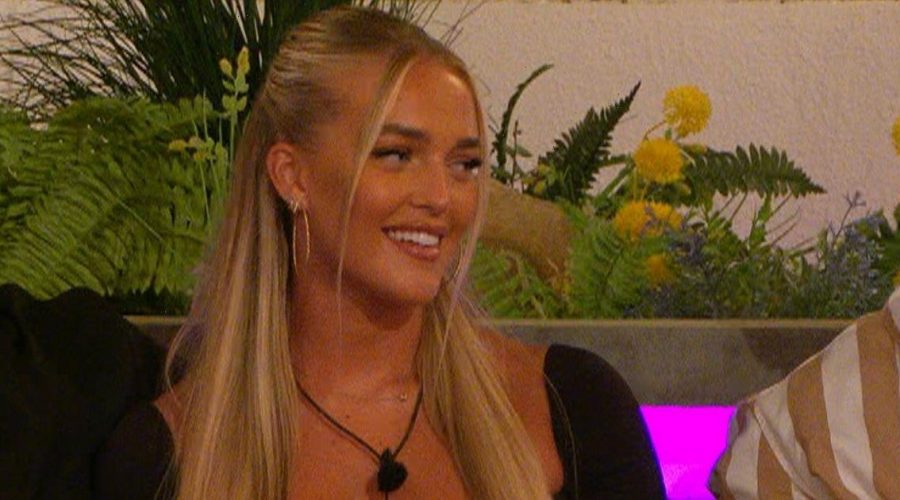 The 22 year old is currently enjoying getting to know 24 year old Aaron Simpson in the Majorcan villa after having a hectic time with Toby Aromolaran, also 22, in Casa Amor.

While she's become a favourite to bag the £50,000 cash prize with her footballer partner, fans have been dissecting everything about her outside of the villa, looking into everything from her modelling career with Boohoo to her signature hairstyle.

Most recently, a video from her YouTube emerged that showed the reality star speaking openly about the various procedures she's had done to alter her appearance.

Now, MCR Aesthetic on Instagram has shared before-and-after snaps of Mary, showing just how different she looked before getting Botox or filler.

In the caption, the account wrote: "@loveisland 's @mary_bedford." with a heart eyes emoji and a fire emoji.

They continued: "You know how we love a glowup here at MCR! The pic on the left is an old modelling pic, Mary was beautiful then but we love her new look!

"In the media she's been very open and she's spoken lots about how some tweaks can really make a difference to your self confidence. She's so right! Do you agree??" followed by a star emoji.

Fans were quick to agree as one person wrote: "love everything about her face! Done so nice.. xx".

Another said: "Absolutely! I agree. A few tweaks can work wonders for your self-esteem! She looks beautiful in both though for sure." with a red heart emoji.

While a third added: "Loving the glowup!" with a purple heart emoji.

In the video, titled Get Ready With Me, Mary told her legion of YouTube subscribers that she's had Botox and fillers to change the way she looked in order to feel more confident.

One fan asked: "What work have you had done, e.g. botox, facials, and so on," and Mary gave an honest reply, while doing her makeup.

"This is something I've never ever spoken about on Instagram just because I've never felt comfortable and obviously I am really young," she began.

"I'm not promoting at all for young people to get this, but I do feel like if you've got an insecurity you're best off just getting it fixed.

"I have had Botox – it's called a brow lift, so they do Botox into your eyebrow and it just lifts your brow a little bit. I have one side which is more droopy than the other side, so when I have it done I have it put in the side that's droopier. It's not obvious and people wouldn't notice it."

Mary told her fans she goes to someone name Look By Louise, adding: "I'm just telling you because she's the best. I want to speak on this topic so everyone's well informed and young girls will know where is trustworthy."

Mary added that people "need to consider and think before getting Botox."

The stunning star has also had filler, and admitted to getting 0.5ml in her lips, adding: "I had big lips anyway, and people have always asked me if I'd had lip filler.

"I didn't want anything to be noticeable and I went home to my mum and dad and they hadn't even noticed a change.

"I just wanted them a bit bigger and plumper, especially coming into summer where I don't wear much makeup at all."

For all your updates on the Love Island drama, sign up to our Factor 50 newsletter.