Editors note: Deadline’s Read the Screenplay series debuts and celebrates the scripts of films that will be factors in this year’s movie awards race.

His name is Luca. He lives on the ocean floor. If you subscribe to Disney+ you may have seen him before.

Pixar’s latest movie takes a different perspective on the ocean from Finding Nemo. Where Nemo anthropomorphized real marine life, Luca creates a world of sea monsters, though they are also a family just like humans. Luca (voice of Jacob Tremblay) wants to go exploring, but his mother Daniela (Maya Rudolph) wants to keep him close and safe.

Fellow sea monster Alberto (Jack Dylan Grazer) shows Luca they can turn human when they emerge from the water. So, Luca spends the summer palling around with Alberto in the seaside town of Portorosso, where they make friends with Giulia (Emma Berman). But, any water turns Luca and Alberto back to their true form, so they hide it from their new friend, and the citizens of of the town.

Director Enrico Casarosa, who shares story credit with Simon Stephensen and co-writer Jesse Andrews, based Portorosso on the Italian Riviera towns where he spent his summer growing up. Luca and Alberto indulge in gelato and participate in a bicycle race to win a new scooter. Andrews and Mike Jones wrote the screenplay together.

The filmmakers set Luca vaguely in the 1950s or ‘60s, capturing a timeless quality rather than a modern one. Casarosa said he saw the sea monsters as a metaphor for finding out who you are, something he felt often happens with friends over the summer. Dan Romer’s score also pays homage to Nino Rota and Nicola Piovani’s scores from Fellini movies.

Luca premiered June 18 on Disney+. It was nominated for both Critics Choice and the Golden Globes’ Best Animated Feature as well as eight Annie Award nominations and four nominations from the Visual Effects Society. 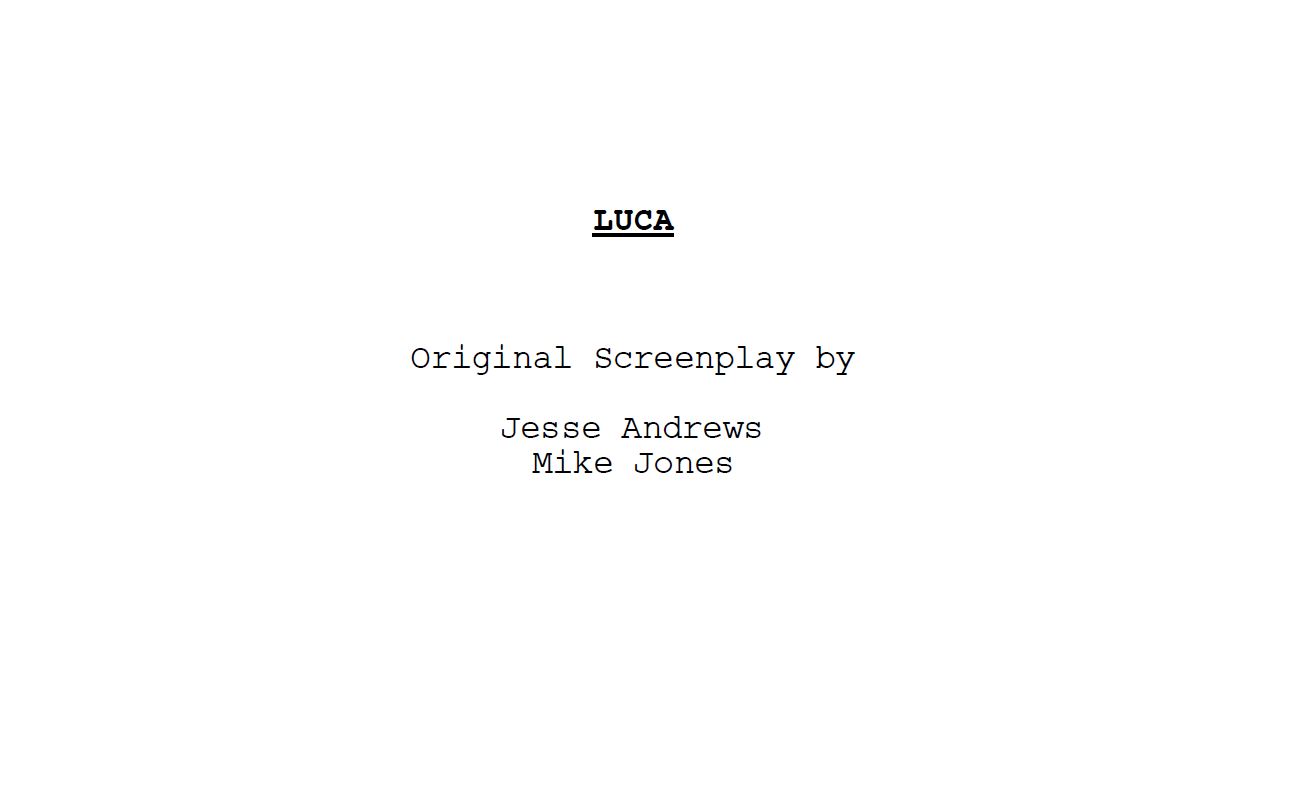 ‘Spider-Man: No Way Home’ Rising To $720M+ U.S. In A Weekend Sans Competition

‘The Power Of The Dog’: Read The Screenplay For Jane Campion’s Savage Snapshot Of The American West

‘Cyrano’: Read The Screenplay From Erica Schmidt That Gave Joe Wright A New Way In To Classic Tale

‘The Hand Of God’: Read The Screenplay (In English And Italian) For Paolo Sorrentino’s Most Personal Film