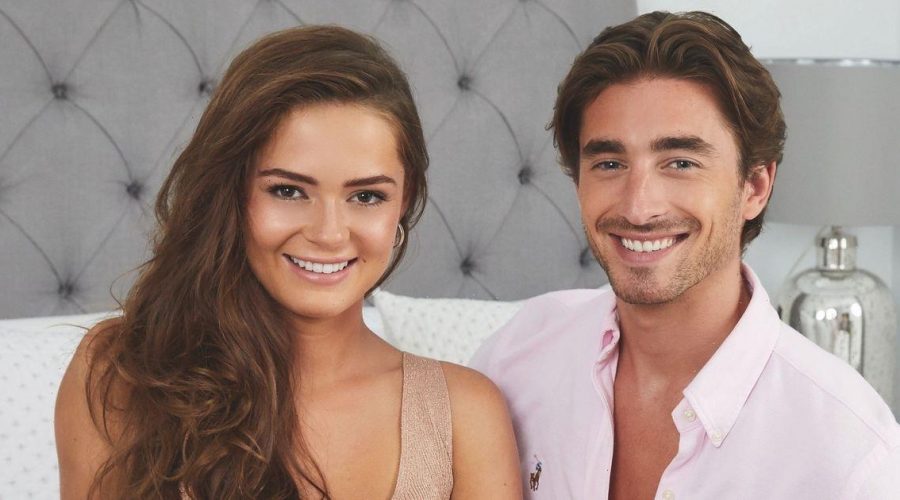 Made in Chelsea’s Melissa Tattam and Harry Baron have split up it has been confirmed.

Melissa broke the news Sunday, in a since deleted post, to the surprise of her 134,000 followers as she was asked by one fan if she was still with Harry.

“No, she’s single,” she responded simply, referring to herself in third person.

The vlogger and podcaster hasn’t seemed to let the break up get her down though it appears, posting herself on her Instagram page enjoying an al fresco meal in the London sunshine with fellow Made in Chelsea castmate Ruby Adler, six days ago.

Melissa wore a knit halterneck top and laughed away as she was snapped by Ruby holding a glass of wine before tucking into some pasta, showing off a happy mood despite the circumstances.

Melissa and Harry, whose relationship has been well documented on Made in Chelsea, spent three years together and showed great promise after revealing to OK! in 2020 discussions towards marriage.

“Melissa has sent me a photo of the engagement ring she wants – it’s £150,000,” Harry had said. “I’ll have to re-mortgage my life! Although she jokes, there’s a serious element to it.”

The pair had even talked about having children together, with baby names picked out. “For a boy, I’d want to call him Leo,” Harry added.

The 32-year-old has kept quiet about his break up with Melissa, posting instead photos of his walkabout around London town on Instagram Sunday.

Meanwhile, Melissa continued to comment on her living arrangements since the pair ended their relationship, after sharing a flat together in the opulent area of Battersea, South London.

It appears the TV personality can’t cut ties with her home as she has with Harry, keeping the impressive one-bedroom flat all to herself now that she is single.

“It’s my home and I’m staying,” she said. The modern flat has featured heavily in Melissa’s videos posted to her YouTube channel as well as her Instagram page, often showcasing herself on the balcony with now ex-boyfriend Harry, as well as cooking in the kitchen.

The pair became official over Christmas in 2017 and looked to be inseparable since, judging by Melissa's frequent social media posts of the former couple over their years.

Fans of the former couple will have to readjust now to the broken duo as they go their separate ways.