Madonna took to Instagram to share a sweet video that featured epic clips of her Thanksgiving ‘family affair’ with five of her six kids and pets.

Madonna, 63, proved she had a memorable Thanksgiving when she shared her latest social media post! The iconic singer showed off a loving video full of moments of her fun-filled holiday with five of her six kids, including Lourdes, 25, David, 16, Mercy, 15, and nine-year-old twins Estere and Stella. Her oldest son Rocco, 21, didn’t appear to there during the celebration.

In the clips, the kids are happily greeting the camera while helping to prepare food for a set a table. There are also shots of Lourdes sitting on a floor in front of a mirror and an outside play fest that included some of the family dogs. David is playing a guitar near a fireplace in another clip while Mercy played a piano in a separate clip.

The group took to the dance floor as well when Madonna, who was dressed in a black dress, showed off some solo moved before flaunting her skills with David, who was dressed in a white tied top and yellow pants. Lourdes also looked stylish in a multi-colored wrap dress while Mercy rocked a patterned dress and the twins went for their own black and turquoise outfits. 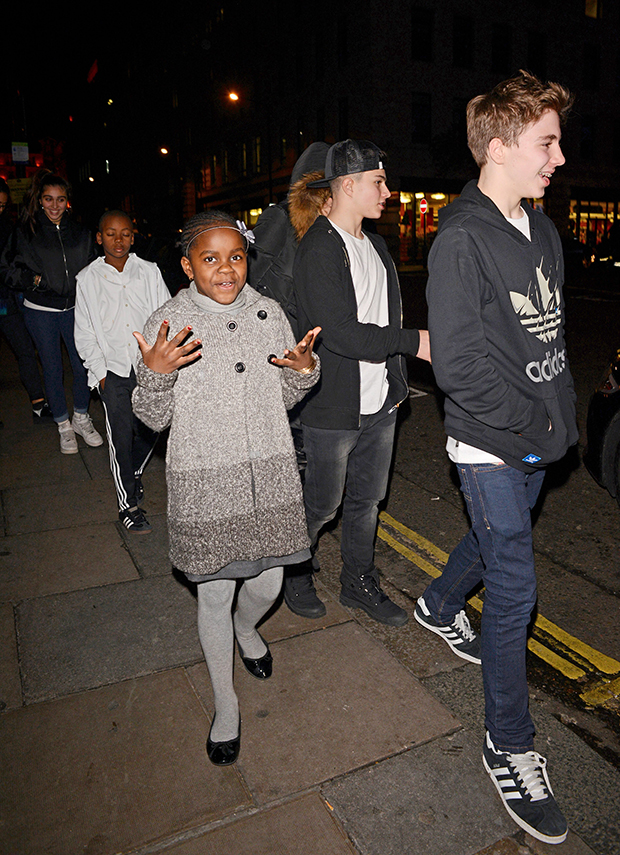 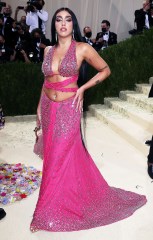 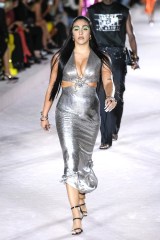 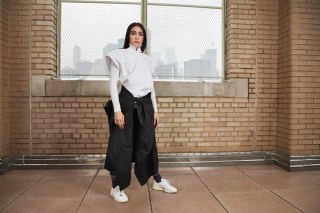 “It’s a Family affair 💛🍁💛🍂💛#givingthanks #slyandthefamilystone,” Madonna captioned the video, referencing the song playing over the clips. It didn’t take long for her fans to comment and share kind words about the clips. “The most beautiful thing in the life : the family,” one fan wrote while another shared, “Lovely family ! You are so beautiful all together!”

Madonna’s Thanksgiving post comes just hours after she openly criticized Instagram for taking down photos she posted that showed her posing on a bed while wearing lingerie and fishnets along with an added heart emoji to cover her left breast. She explained the reason they took it down was because part of her nipple could be seen underneath the emoji.

“It is still astounding to me that we live in a culture that allows every inch of a woman’s body to be shown except a nipple,” she wrote alongside another set of photos from the shoot, including a seemingly altered version of the one in question. “As if that is the only part of a woman’s anatomy that could be sexualized. The nipple that nourishes the baby! Can’t a man’s nipple be experienced as erotic ??!! And what about a woman’s ass which is never censored anywhere. Giving thanks that I have managed to maintain my sanity through four decades of censorship…… sexism……ageism and misogyny.”