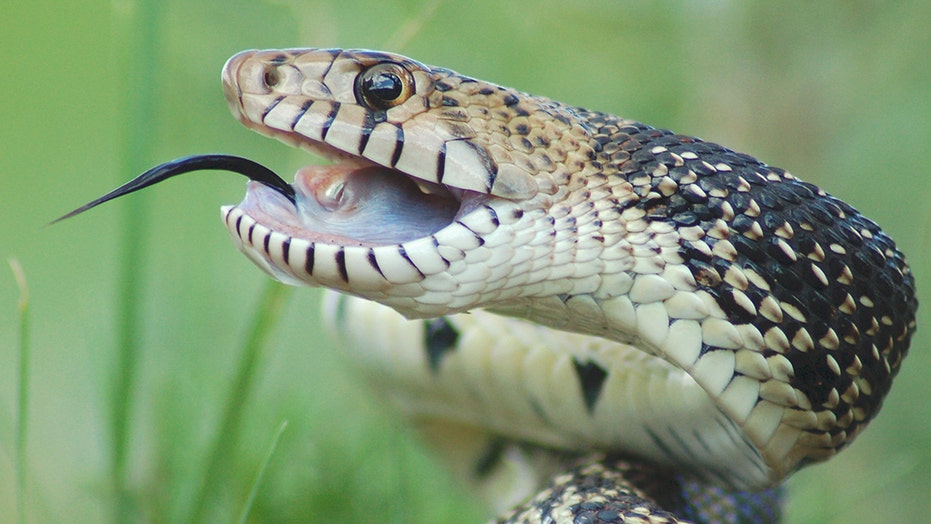 Fox News Flash top headlines for May 8 are here. Check out what’s clicking on Foxnews.com

This snake wanted an unwelcome visitor to … well, hiss off.

A doorbell camera captured the shocking moment when a man attempting to enter an Oklahoma home was attacked by a concealed snake.

As the visitor opened the screen door, a large snake suddenly popped into the frame and appeared to nip him on the face.

He ran into the home shouting, as the snake retreated.

Copeland told KOCO 5 it was a bullsnake, which is not venomous, and the man is doing fine.

The snake, however, was not so lucky.

Other videos posted to Facebook by Copeland show a neighbor beat the serpent to death with hammers.

08/05/2019 Uncategorized Comments Off on Man attempts to enter Oklahoma home, gets snakebite to the face, video shows
Lifestyle