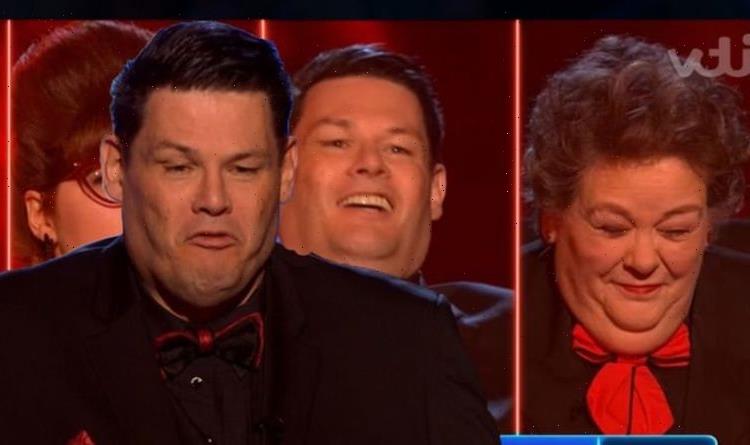 Beat the Chasers: Contestant wins £40,000 with seconds to spare

Mark Labbett, 56, has addressed his “triple screw up” in the ITV show, a spin-off of The Chase. He, as well as the other Chasers, lost £40,000 to one contestant in the first episode of the new series.

Oooops triple screw up by me #BeatTheChasers.

He initially tweeted to his 147,000 followers: “Time to put the crash helmets on 🙂 #BeatTheChasers.”

Mark is normally faultless as he speedily battles members of the public, however the latest instalment saw him get three answers wrong in close succession.

After failing to correctly answer Game Of Thrones, he posted online: “First stupid answer of the series by me, House of Thrones #seniormoment #BeatTheChasers.”

Viewers of the show were quick to comment on Mark’s underperformance.

One said: “Nobody going to call out for answering with House of Thrones? #BeatTheChasers.”

Mark replied: “Trust me I did.”

Throughout the first episode Mark made several small blunders.

Ultimately, this allowed for the elderly Robyn to walk away with £40,000.

While watching the programme back, The Beast star stated: “Oooops triple screw up by me #BeatTheChasers.”

He incorrectly answered the northernmost country in America, when Mount Fuji last erupted and the name of the tennis player that founded a sports chain in 1980.

Fans of the show tried to make Mark feel better about his loss.

One said: “Your allowed to get questions wrong fella.”(sic)

Another said: “A lot of screw ups but your still a funny person Mark.”(sic)

He said: “I would usually poke some fun at @MarkLabbett for the Game of Thrones slip up, but I am in no position to say anything considering my horror show idiocy coming up in this series of #BeatTheChasers.”

A fan commented: “Is it as bad as the Canada question slip up in the daytime eps?”(sic)

Darragh replied: “So much worse.

“The whole audience were stunned by the idiocy of it all.”

Last week, in a regular episode of The Chases, Darragh lost an astonishing £75,000 to 20 year old Eden.

You can catch Beat the Chasers at 8.30pm every Saturday.

12/09/2021 Celebrities Comments Off on Mark Labbett: The Chase star speaks out on his triple screw up on Beat The Chasers
Lifestyle