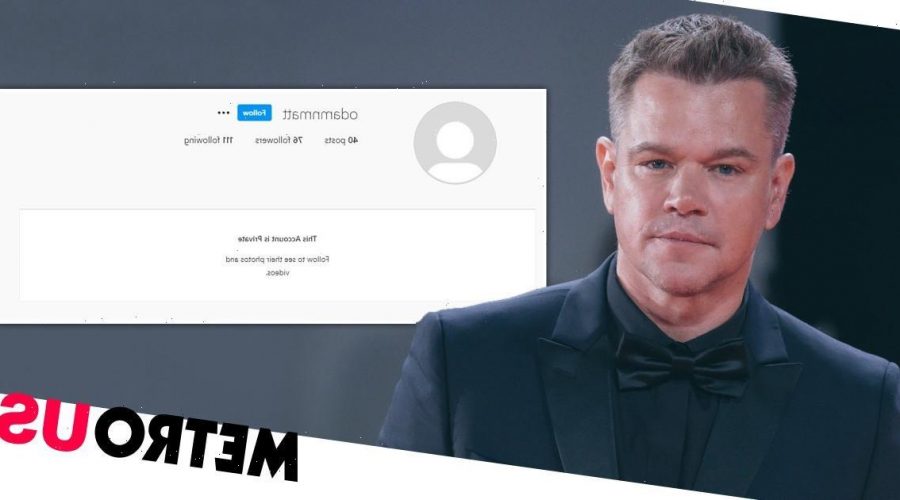 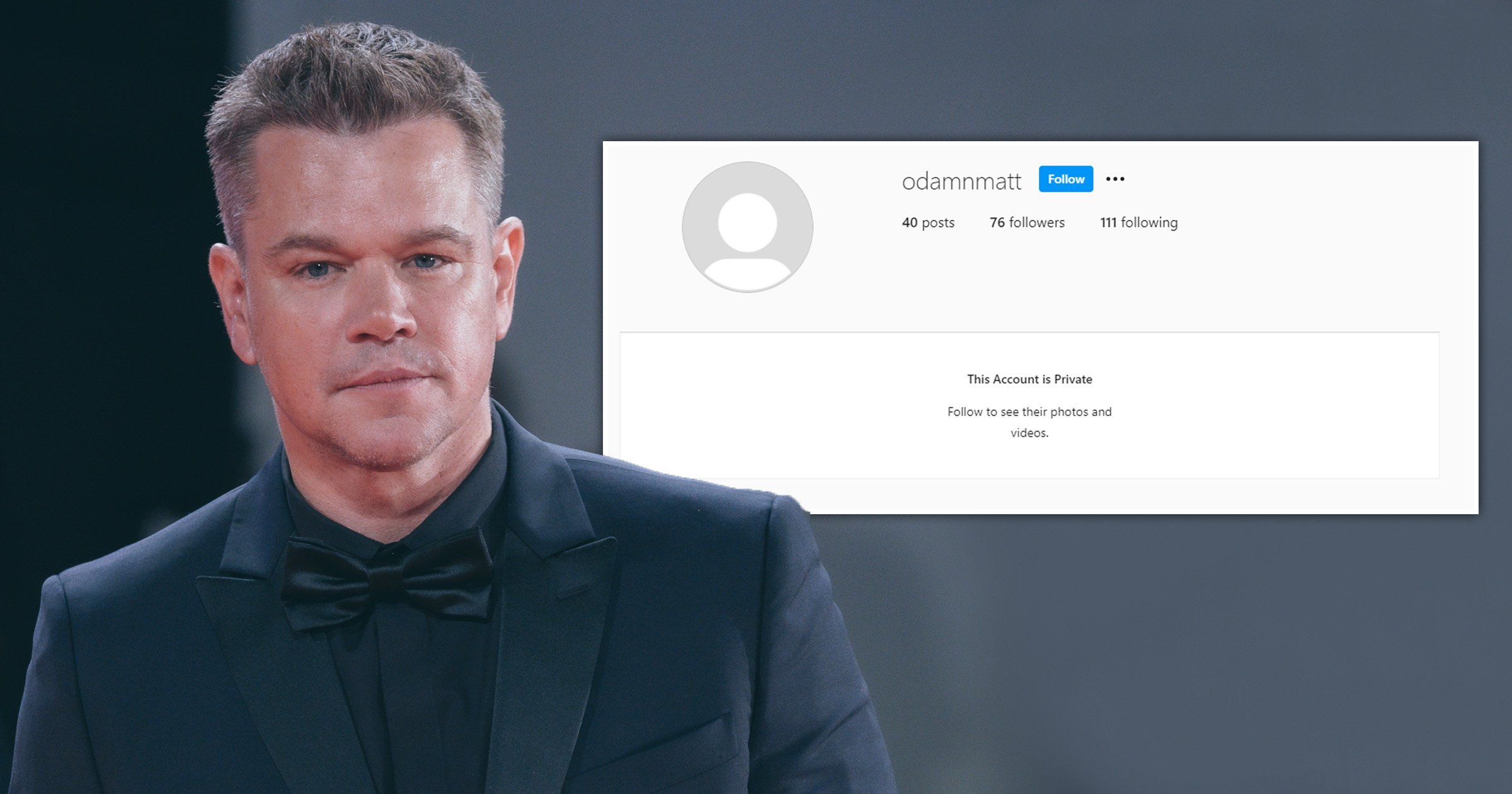 Matt Damon has revealed he has a private Instagram account and we’re so not jealous of the friends who are following him.

The Bourne Identity star, 50, doesn’t have any public social media accounts, however, he revealed as GQ’s October cover star that he has a secret Instagram with just 76 followers, and it’s existed for a while.

‘I have 76 followers and I’ve done 40 posts since 2013,’ he admitted, sharing that his most recent photo was of his 15-year-old daughter Isabella holding up her middle fingers.

‘That’s what she’s been doing every time we take a picture of her nowadays,’ he said.

Following the actor’s confession, naturally, it didn’t take fans long to track the account down, with one Twitter user feeling embarrassed that it even took as long as an hour.

‘I found matt damon’s finsta and honestly it shouldn’t have taken an hour,’ they wrote alongside a screenshot of a profile with the username ‘odamnmatt,’ a clever little anagram of Matt’s name.

A ‘finsta’ is the slang name given to a secret account, a blend of the term ‘fake Instagram.’

The page fans stumbled upon (or rather, hunted down) not only had 76 followers and the 40 posts the actor mentioned, but also some famous followers, suggesting odamnmatt is in fact owned by the Ocean’s Eleven star.

Chris Hemsworth and Pedro Pascal are among the lucky few.

Matt has explained that having a big online presence simply isn’t something he craves, stating: ‘I just never saw the point.’

He also doesn’t care much for Twitter saying: ‘I just reflexively didn’t believe that my first knee-jerk response to something was necessarily something that should go all over the world.’

Well, if Matt ever does decide to venture a little further into the world of social media, we’ll be one of his first followers.