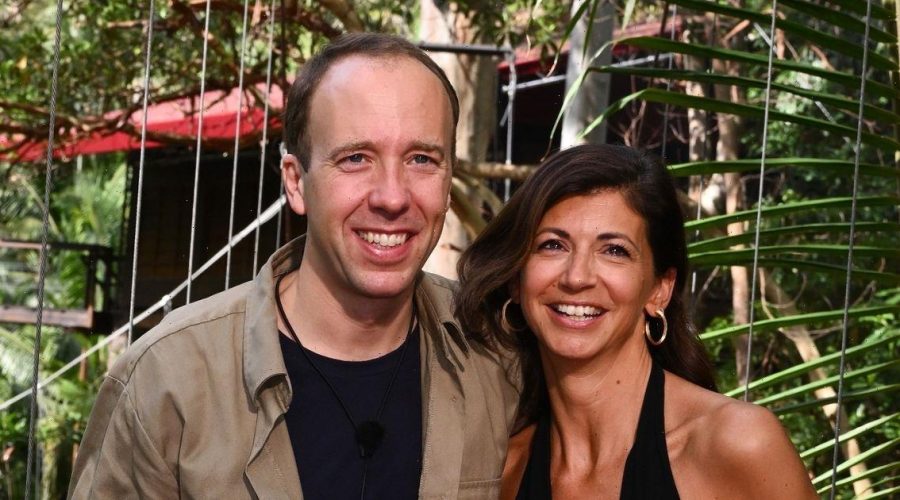 Matt Hancock has begged for forgiveness after breaking Covid rules and his own guidance in parliament with now-girlfriend Gina Coladangelo.

The former Health Secretary, who just made a controversial appearance on I'm A Celebrity… Get Me Out Of Here!, coming third place in the competition, has been reunited with his love.

Gina was the MP's aide during his time in government during the pandemic, and he resigned after they were caught kissing on CCTV in his office in 2021.

In an explosive new interview, Matt, 44, has insisted he's "only human" and hopes to be forgiven for "falling deeply in love" with the former parliamentary worker.

Despite being candid over his mistakes however, the politician has insisted he doesn't want any forgiveness for his decisions as Health Secretary in the middle of the pandemic.

Speaking to MailOnline, Matt explained that he "woke up every single morning" determined to work to the best of his ability, despite it being "impossible" circumstances.

"But I'm not asking for forgiveness for how I handled the pandemic. I woke up every single morning determined to do the very best I could in the most impossible circumstances until I needed to go to bed at night. I did that for 18 months.

"There is a good, honest explanation for every single decision I made, whether it turned out to be right or not," the politician added.

The MP went on to say that while he regrets breaking his own covid guidance when he was seen kissing Gina in his Whitehall office, Matt doesn't seek forgiveness for "falling in love with Gina" because he has fallen for her "very deeply".

It comes as some I'm A Celeb viewers were convinced producers had ensured "clever editing" to hide a secret "feud" between the rest of the campmates and the politician.

During the reunion show, all the other celeb exits saw them being greeted by at least one of their other campmates after arriving at their hotel.

But Matt's exit focused on his reunion with Gina, and their subsequent chats about the reaction his stint on the ITV reality show had at home in the UK.

The duo were seen chatting in the car, but there were no scenes with other celebrities.

During the programme, Mike Tindall and his wife Zara Tindall chatted with radio presenter Chris Moyles in the rugby player's hotel room, proving the trio were already forming a group friendship.

Comedian Babatunde Aleshe was even taken on an outing to a kangaroo zoo with new pal Scarlette Douglas, who presents A Place in the Sun.

But even when pictures were released from the show's off-camera wrap party, Matt was confusingly missing from the group shots.