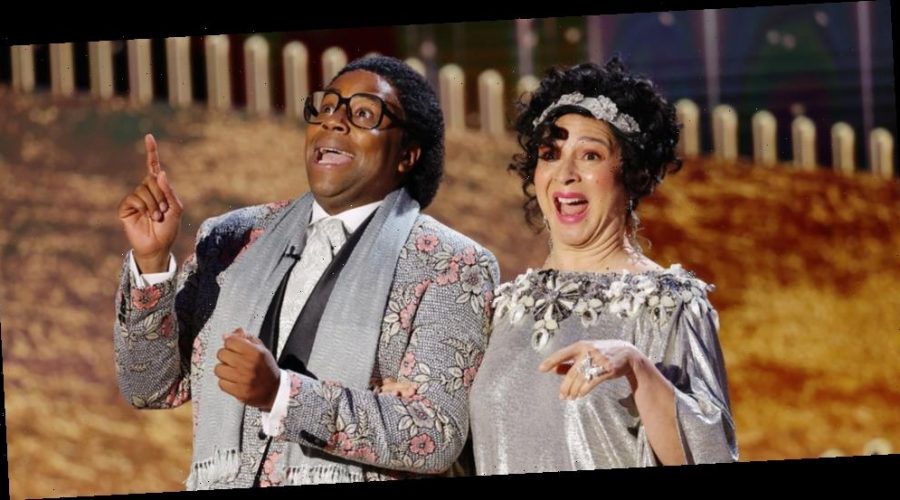 Maya Rudolph and Kenan Thompson are bringing the laughs to the 2021 Golden Globes!

The two Saturday Night Live stars took to the stage during the awards to perform a sketch on Sunday (February 28) from The Rainbow Room in New York City.

Introduced by host Amy Poehler, Maya and Kenan play married siblings Beverly Jackfruit and Francois Jean-Rudy to accept the award for “Least Original Song in a Telefilm – Dramedy or Comma.”

“You look so beautiful…so perky,” Maya as Beverly says to Amy while patting her chest before referring to her as the other host Tina Fey.

“Bear with me, I had a vodka epidural before I came here,” Maya as Beverly added.

The two claimed they won the award for writing the theme song for The Crown, their version, which was used “exclusively in Netflix Germany” and its lyrics simply included “The Crown” over and over again.