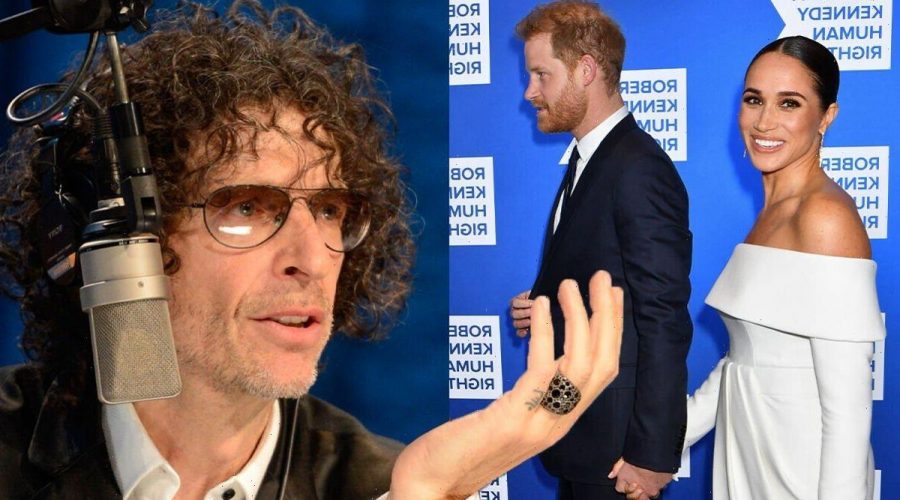 Howard Stern, 68, was not holding back when he shared his opinions on Prince Harry and Meghan Markle’s new Netflix docuseries, Harry and Meghan. The outspoken radio personality called the couple “whiny b*****s” as he was made to watch the show by his wife.

Stern spoke about the royal couple on his radio show yesterday morning, with the series having been released days prior.

He said on SiriusXM radio show: “It’s been painful. I wouldn’t stay with it, but my wife wants to watch it, so we have shows we watch, but they come off like such whiny b*****s.

The radio presenter then tried to justify his comments by explaining his thoughts on the Prince’s reasoning for leaving the royal family.

He continued: “I get Prince Harry being p****d off at the monarchy for his mother. They treated her like s**t.

“That Prince Charles was such a f***ing c**t to Lady Diana.”

Stern said that while he felt empathy for Prince Harry over the passing of his mother, he felt the royal did still come across as “whiny”.

He said: “Jesus Christ, when those two start whining about ‘Wah, wah, wah, and they don’t like me’ and she wants to be beloved in this country, but man, oh man, you know.

“It’s just very weird to watch two people who keep screaming, ‘We wanted our privacy, we wanted the press to leave us alone.’

“And then what is special that they put out on Netflix — showing you them and their kids and their life. It’s like the Kardashians except boring.”

Stern and his co-host, Robin Quivers then shared how they believe the royal couple tell the same story multiple times.

He said: “So like, where do you go with this? Is this your career talking about how humiliated you were being part of, I don’t know, living in a castle — and it’s hard to relate to?

“Would I have heard anything anybody was saying if I was living in the lap of luxury? ‘Turn off the TV’.”

This comes as the latest trailer of the second part of the docuseries was released, with the ex royals appearing to accuse Buckingham Palace as lying.

A new trailer for the final three episodes of their Netflix documentary, Harry and Meghan, released on Monday, has suggested the couple will criticise royal aides for failing to defend them, whilst blaming “institutional gaslighting”.

In it, the Duke says: “They were happy to lie to protect my brother, but they were never willing to tell the truth to protect us.”

It is not clear to whom he is referring but his words are then met with shots of the Palace and the young princes walking behind the Duke of Edinburgh’s coffin last year.

However, two different versions of the 90-second clip were released online, one on Netflix and one on its YouTube channel.

Sussex sources said the Duke’s comments would be put into context when the next episodes air on Thursday, according to The Telegraph.