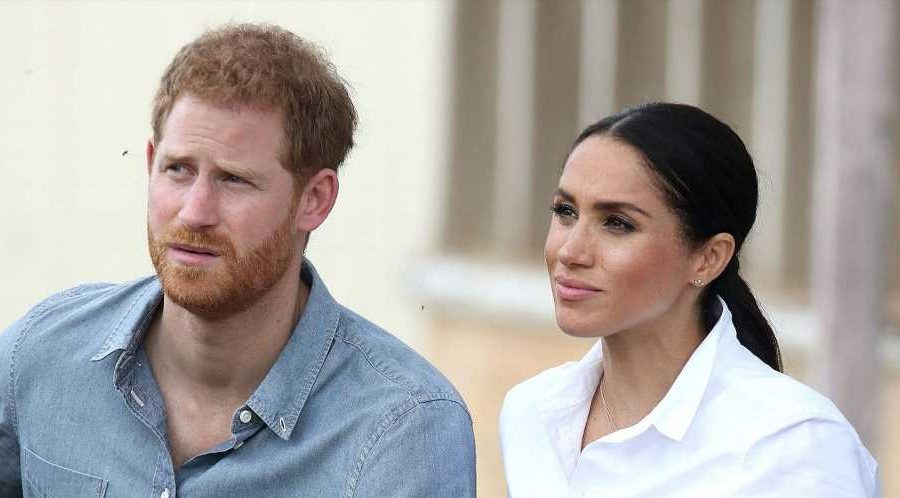 Meghan Markle and Prince Harry were reportedly — understandably — upset after being photographed by paparazzi following the duchess's miscarriage last year.

Additional excerpts of Finding Freedom, a biography about the couple, purported that the Sussexes were "furious" after a photographer snapped pictures of them leaving a medical appointment in July 2020.

"What should have been a deeply personal moment quickly became the top story on the Daily Mail Online, with a dozen photos of the masked couple getting into a Cadillac SUV," the authors wrote, according to The Independent.

It's unclear if the photos in question were taken immediately after the Duchess of Sussex's miscarriage or during a later appointment, but either way, the couple was rightfully distressed about the photos and subsequent Daily Mail write-up criticizing them for using a "gas-guzzling" Cadillac SUV. Last November, the duchess revealed in a piece for the New York Times that she had suffered a miscarriage in July of that year.

"It was a July morning that began as ordinarily as any other day: Make breakfast. Feed the dogs. Take vitamins. Find that missing sock. Pick up the rogue crayon that rolled under the table. Throw my hair in a ponytail before getting my son from his crib," she began.

Markle continued, "After changing his diaper, I felt a sharp cramp. I dropped to the floor with him in my arms, humming a lullaby to keep us both calm, the cheerful tune a stark contrast to my sense that something was not right. I knew, as I clutched my firstborn child, that I was losing my second."

In June 2021, the Duke and Duchess of Sussex welcomed their daughter, who they named Lilibet "Lili" Diana Mountbatten-Windsor. Meghan and Harry named their daughter "after her great-grandmother, Her Majesty The Queen, whose family nickname is Lilibet," while her middle name, Diana, "was chosen to honor her beloved late grandmother, The Princess of Wales."