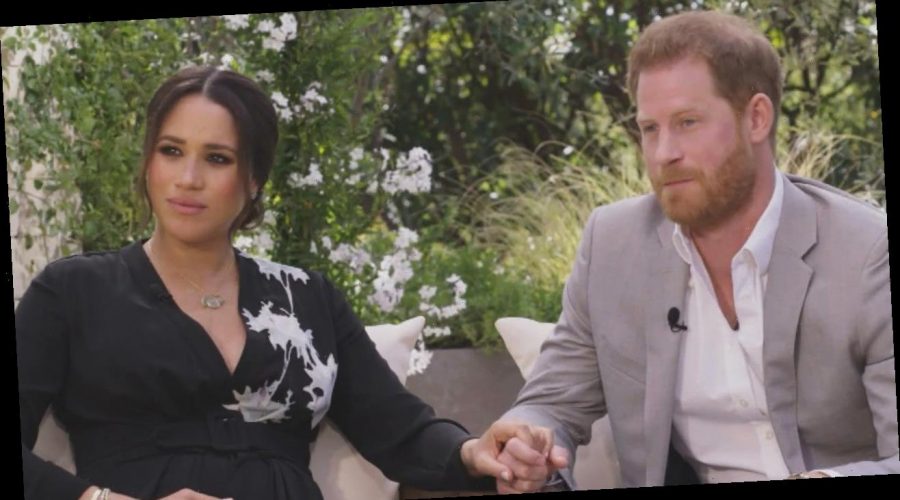 Omid Scobie, co-author of Finding Freedom: Harry and Meghan and the Making of a Modern Royal Family, is opening up about what to expect from Prince Harry and Meghan Markle’s highly anticipated interview with Oprah Winfrey this weekend.

While speaking to ET via Zoom on Friday, Scobie addressed what stories he believes the duke and duchess will share, how he thinks Queen Elizabeth II feels about the couple speaking out and more. Titled Oprah With Meghan and Harry: A CBS Primetime Special, the 90-minute broadcast will mark Harry and Meghan’s first televised sit-down since their engagement interview in November 2017.

“Oprah’s been there through this journey, so she knows exactly the questions to ask and who caused the problems for Harry and Meghan,” Scobie explained to ET’s Nischelle Turner. “I think Harry and Meghan will be extremely candid in the things that they share.”

“Their issues are really in the institution of the monarchy, rather than with royal family members themselves, but their lives were made extremely difficult,” he added. “There were leaks from various royal aides and courtiers that often ended up in the British newspapers, causing a lot of pain, a lot of difficulty for them. We never heard them speak. This is the first time that we really get to hear [about] the emotional turmoil and difficulty that came from those very dark days as working members of the royal family.”

Scobie continued on, telling ET, “I think at this point Harry and Meghan feel they have nothing to lose.”

“They already sacrificed so much to find a space that they can thrive in,” he said. “So if there is a repercussion for doing this interview, I think for both of them the attitude is, ‘So be it.’ For so many years, the whole world has spoken about Harry and Meghan, but they haven’t been able to speak themselves.”

Of course, the timing of the interview is less than ideal for the royal family, given Prince Philip’s current health issues. The 99-year-old Duke of Edinburgh has been hospitalized since Feb. 16, and underwent a procedure for a pre-existing heart condition earlier this week.

“It’s a tough one for Harry and Meghan,” Scobie told ET. “They planned this interview before Prince Philip was admitted to the hospital, and, unfortunately, here we are facing the third weekend of him still in the care of the hospital here in London. But for Harry and Meghan, they have kept a great relationship with Philip and the queen. We heard Harry talking very warmly about his grandfather on James Corden’s show not so long ago, and I think we’ll hear more of that when they sit down with Oprah.”

“This idea that people have that they may be throwing the queen under the bus on national television … is far from the truth,” he added. “This is a couple that understands the difference between the machine of the monarchy, the institution, and the family itself. And it’s that family with certain individuals they have great relationships with.”

As for Harry’s relationship with his brother, Prince William? Scobie claimed that the communication between the two of them “has been light” ever since Harry and Meghan stepped away as senior members of the royal family.

“We’re approaching 16 months since they actually had a face-to-face conversation with each other,” he said. “In terms of seeing eye-to-eye, we’re a long way from that. And I think it’ll really be something that Harry and Meghan need to perhaps approach much further down the line.”

Oprah With Meghan and Harry: A CBS Primetime Special airs Sunday, March 7 at 8 p.m. ET/PT and 7 p.m. CT. In the meantime, tune into Entertainment Tonight on Friday to hear more from Scobie.