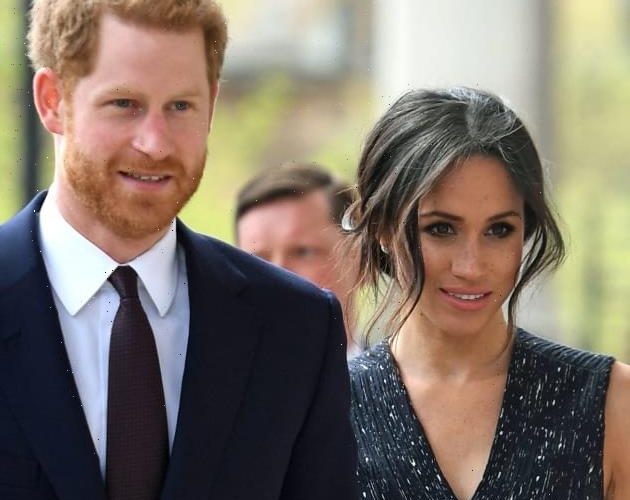 It’s been almost two years since Meghan Markle and Prince Harry stepped down as senior members of the royal family and started a new life across the pond.

You would think that after all that time, tensions would have settled a bit.

But amazingly, the relations between these two warring have worsened considerably in 2021.

This is largely a result of Meghan’s Oprah interview in which she spoke candidly for the first time about the many horrors she was forced to endure during her time in London.

But it’s important to note that while Meghan may have opened the floodgates, she’s not the only one leveling shocking accusations at the Windsor clan.

From the British tabloids (most of which used to be staunchly anti-Meghan) to royal experts to the producers of the Netflix drama The Crown, many outlets and reliable sources have been spilling the royal tea like never before.

The latest blow to the Queen and company comes to us courtesy of Andrew Morton, the royal biographer who wrote what many regard as the definitive volumer about tragic life of Princess Diana.

Morton has published a new biography about Meghan and in recent a promotional interview, he dropped a bombshell revelation:

The authot claims that despite the impression they gave the public, several key members of the royal family were actually relieved when Meghan and Harry

“It was clear that Meghan had ruffled feathers in the family and that they felt she and Harry were very difficult to deal with,” Morton told Newsweek.

“For her part, Meghan found some of its members—not the Queen or Prince Philip—unfriendly and jealous,” he added.

“At a personal level, then, their departure from Britain was quietly welcomed by some in the Windsor family and their courtiers, but on an institutional level it was a heavy blow.”

Yes, it’s in the best interest of everyone involved to keep the royal family running like a well-oiled machine.

But the history of the British monarchy can’t be written without addressing a panoply of petty feuds, jealousies and in-fighting.

And it sounds like this was another case in which both parties realized they simply could not peacefully co-exist.

Morton was careful to note that the Queen and Prince Philip never directly clashed with Meghan, but it seems he’s unconcerned about protecting Prince William’s reputation.

“Like many others, Prince William breathed a sigh of relief when Harry and Meghan announced that they were stepping back from royal duties for six weeks or so and spending Thanksgiving and Christmas in North America,” Morton claimed.

“The couple ended up in a remote luxury mansion on Vancouver Island loaned to them by a patriotic Canadian businessman,” he added.

“Palace aides, who had been urging the couple to slow down, were pleased to see them take a breath.”

While the bad blood was apparent to all observers well before Meghan and Harry announced their decision, many outsiders have expressed shock over the fact that the feud has remained so intense.

The Windsors have engaged in countless acts of pettiness, including denying Harry’s request to have a wreath laid in his and Meghan’s honor for the UK’s Remembrance Day.

The Sussexes have countered these efforts by being brutally honest about their time as senior royals.

Most recently, Harry spoke openly in the Apple+ documentary The Me You Can’t See, revealing that the royals refused to assist him when he and Meghan were battling the media.

“It went to a whole new depth with not just traditional media but also social media platforms as well. I felt completely helpless,” he said.

“I thought my family would help but every single ask, request, warning, whatever it is, got met with total silence or total neglect,” Harry continued.

“We spent four years trying to make it work. We did everything that we possibly could to stay there and carry on doing the role and doing the job, but Meghan was struggling.”

Shortly thereafter, Harry and Meghan were accused of refusing to let daughter Lilibet meet the Queen, an allegation to which the couple has not publicly replied.

Traditionally, the royals have served as embodiments of England’s “stiff upper lip” mentality, but these days, the whole family is struggling to conceal the bd blood between them.

07/10/2021 Celebrities Comments Off on Meghan Markle & Prince Harry: The Royals WANTED Us to Leave!
Lifestyle