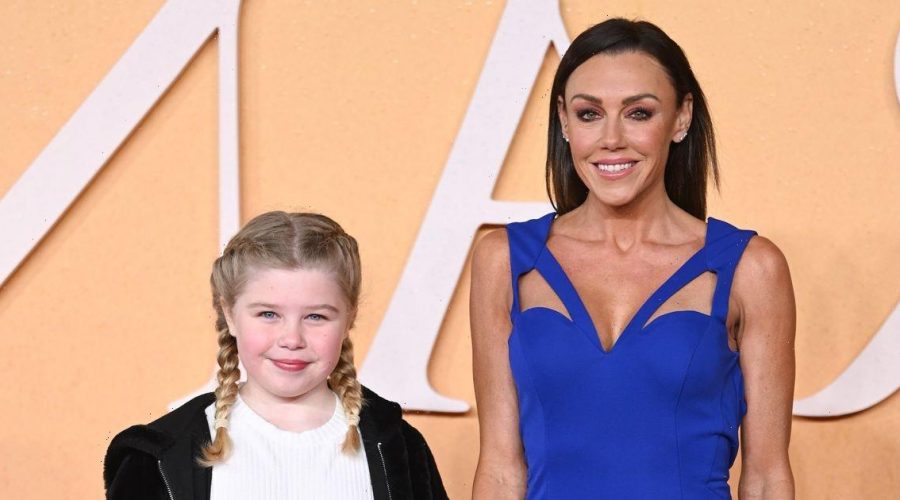 In snaps taken at the star-studded event, Michelle, 42, and nine year old Faith sweetly held hands while posing for photographs.

Michelle attended the event in a stunning blue dress with cut out detailing, while Faith wore a plaid skirt and tights paired with a white top and black zip up hoodie.

The mother-daughter duo appear to have a special bond, with Michelle revealing earlier this week that her young daughter is her “biggest cheerleader”.

Faith even guides her mum away from the wine aisleswhen out food shopping with her mum as she’s aware of Michelle’s addiction battles.

Michelle recently told OK!: “Because it’s all out there, Faith knows more than we would have chosen to tell her as a child.

"We talk openly – being mindful that she’s only nine – but we don’t shy away from what has happened and the reality of Mummy’s situation."

Michelle added: "She’s my biggest cheerleader and my biggest bodyguard.

"If we’re in the supermarket, she’ll pull me away from the wine aisle. I’m in a good place, so that doesn’t bother or trigger me at all. The obsession has gone, but Faith’s obsession with keeping me well hasn’t and I don’t see it as a bad thing. I would hate for her to find out later in life what has happened."

The singer went into rehab earlier this year in a bid to tackle her drug and alcohol addiction.

As well as going to rehab, Michelle admitted thatDenise Welch has helped her throughout her recoveryafter having also battled addiction.

She told us: "I spoke to Denise Welch quite a bit when I was in The Priory and I was so scared about the 12 steps – but it’s not scary at all.

"It’s just a way of life and my way of life has to be that to stay sober. I do have to put in a lot of work."

“A lot of times, I was in what they called 'black out', it’s Denise Welch who taught me what it is. I thought it meant passed out. It’s when you are being but your mind blanks out so you have no memory of it,” the mum-of-two added.

For updates on all your favourite celebs, sign up to our daily newsletter here .