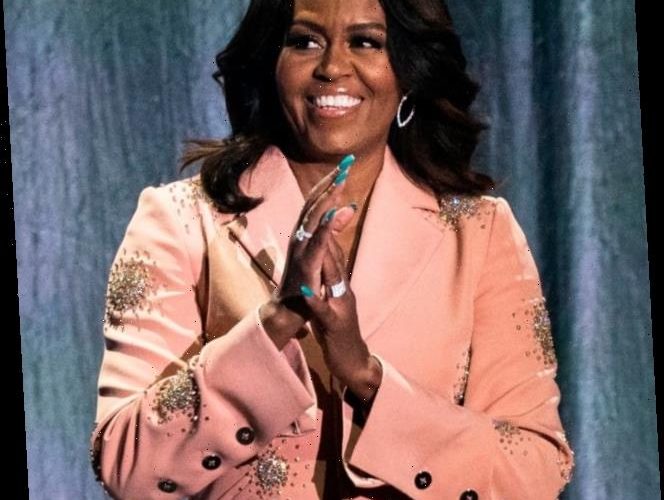 Michelle Obama is not about to take any sides in the feud that has captured the attention of a nation.

But that doesn’t mean the First Lady doesn’t have thoughts.

Plenty of thoughts, in fact, when it comes to last week’s bombshell interview between Meghan Markle, Prince Harry and Oprah Winfrey.

The Duke and Duchess of Sussex stole basically every headline on the Internet last Sunday when they spilled every ounce of tea on the Royal Family and all the reasons why they left the grasp of the Monarchy in early 2020.

Markle, in particular, talked at length about how Kate Middleton made her cry on Meghan’s wedding day.

She detailed how she cried to the Palace for help when she felt depressed and suicidal… to no avail.

Both husband and wife said that a high-up member of the Royal Family expressed concern about their son, Archie, being born with dark skin.

Each revealation was more damning than the one before.

As a result, an endless array of celebrities has rushed to Markle’s defense and lashed out at the Queen and company on social media over the past several days.

Heck, even Hillary Clinton chimed in.

And now Obama has done the same.

Speaking to Access Hollywood about the very famous couple and its heated rivalry with the Royals, Michelle said:

“My hope is that, when I think about what they’re going through, I think about the importance of family and I just pray that there is forgiveness and there is clarity and love and resolve at some point in time.

“Because there’s nothing more important than family.”

She’s also being very diplomatic with that answer.

Chatting with Winfrey on CBS, Markle held nothing back, saying early on that she felt “silenced” during her time as a senior working royal … while sharing her own personal struggles with mental health during her time at the palace.

A few critics have come down on Meghan and Harry for exposing such a rift to the world — but no one has argued with the substance of their many grievances.

“The whole family is saddened to learn the full extent of how challenging the last few years have been for Harry and Meghan,” Buckingham Palace said in a statement, released on behalf of Queen Elizabeth.

“The issues raised, particularly that of race, are concerning.

“While some recollections may vary, they are taken very seriously and will be addressed by the family privately.”

The Queen’s statement added that “Harry, Meghan and Archie will always be much loved family members.”

Maybe this is true.

But we doubt this group will be posing for any future Christmas cards together or anything of that nature.

Late last week, meanwhile, Prince William shot down any chatter that he or those in his immediate orbit has an issue with anyone’s skin color.

He told a reporter, “we are very much not a racist family,” but, really… what else is the guy gonna say?

The Meghan and Harry interview drew worldwide attention and sparked public responses from a number of stars and global figures — including President Joe Biden, through his press secretary.

“Obviously many of us caught the interview, as many Americans did and many people around the world,” Jen Psaki said last week from behind the White House podium, adding:

“For anyone to come forward and speak about their own struggles with mental health and tell their own personal story, that takes courage.”

We could not agree more.