Mike Dean as you’ve never seen him before! Premier League ref goes wild in the stands as his beloved Tranmere reach play-off final

The Premier League’s most recognisable referee Mike Dean was at his flamboyant best on Monday night as he wildly celebrated Tranmere Rovers’ play-off semi-final victory over Forest Green Rovers.

Dean, renowned for his extravagant mannerisms, did not hold back at the final whistle as he climbed up on to a terrace railing to passionately punch the air and scream to hail Tranmere’s win – much to the delight and amusement of those around him.

The 50-year-old official from The Wirrall had been spotted by the Sky Sports cameras during the second half as Tranmere closed in on victory but he looked a study of concentration as the play-off tension gripped the away support. 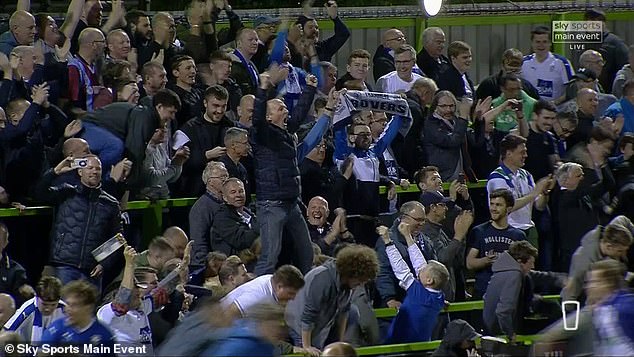 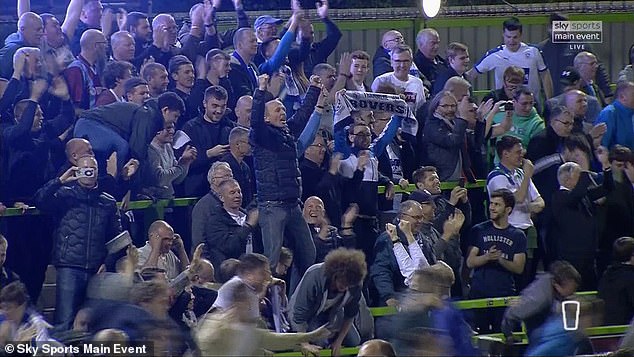 But the relief was palpable at the final whistle as the man who recently became the first Premier League referee to dish out 100 red cards let it all out to the delight of viewers on TV and social media.

‘Mike loves his Tranmere,’ said manager Micky Mellon of their celebrity fan. ‘He comes in to see us a lot and I’m really pleased for him.’ 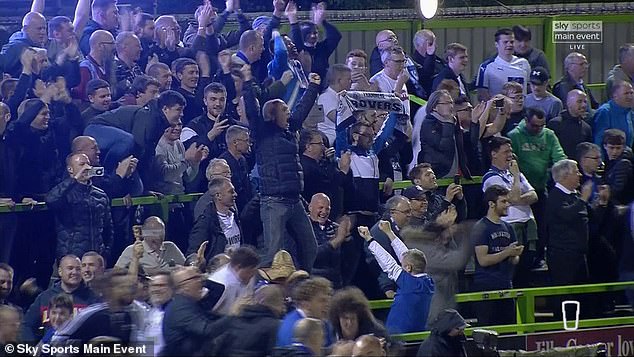 The referee, who relishes being the centre of attention, didn’t hold back with his celebrations 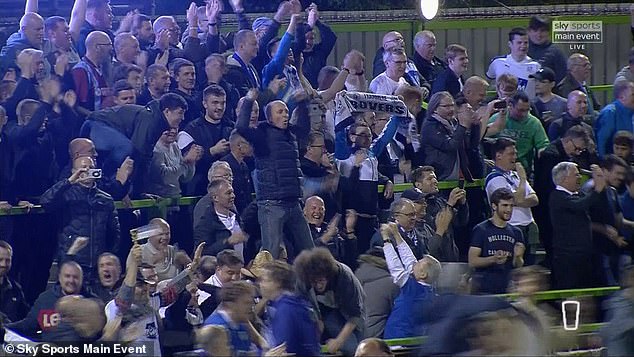 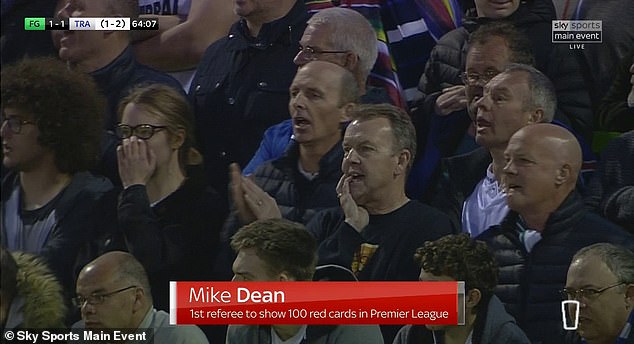 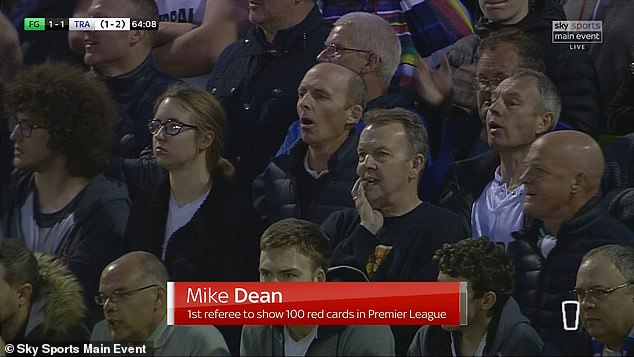 Dean – whose red card given to Ashley Young last month was his 100th in the Premier League – has been involved in several notable incidents as a referee.

He could be seen mouthing the words ‘off you pop’ when dismissing Brighton’s Lewis Dunk in December last year.

There have also been instances of Dean appearing to celebrate goals, such as when Tottenham found the net against Aston Villa in 2015.

He also infamously once showed a no-look yellow card to Ross Barkley, then of Everton, during the Merseyside derby in 2016. 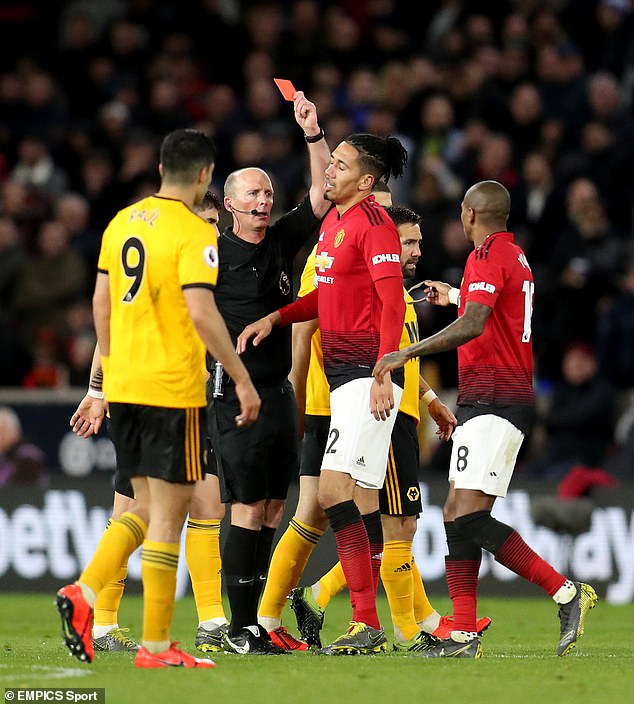 With Tranmere carrying a 1-0 lead from the first leg, Joseph Mills scored for Forest Green but James Norwood scored what proved to the decisive goal for the visitors.

Forest Green ended the game with 10 men following the dismissal of Carl Winchester in the 67th minute.

Tranmere, who won 2-1 on aggregate, will now take on Newport in the final at Wembley on May 25.