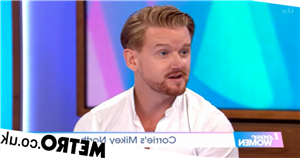 Coronation Street star Mikey North’s wife is desperate for him to swap Weatherfield for the ballroom dancefloor.

Loose Women presenter Christine Lampard revealed during the daytime show that Rachael Isherwood is ‘very much into’ the idea of the actor, who plays Gary Windass, showing off his moves on Strictly Come Dancing.

Fitness instructor Rachael was previously a dancer, so the ITV panellist joked he would have one up on fellow contestants if he were to appear on the BBC contest.

However, the 35-year-old shrugged off the suggestion, saying he wasn’t sure if he’s ‘up to the standard quite yet.’

When asked what reality programme he would consider joining, Mikey replied he was a cooking lover, so a show like MasterChef would appeal to him.

As well as discussing his dancing abilities, Christine and her fellow co-hosts, Denise Welch, Janet Street-Porter and Coleen Nolan, asked about his action sequences on Corrie. 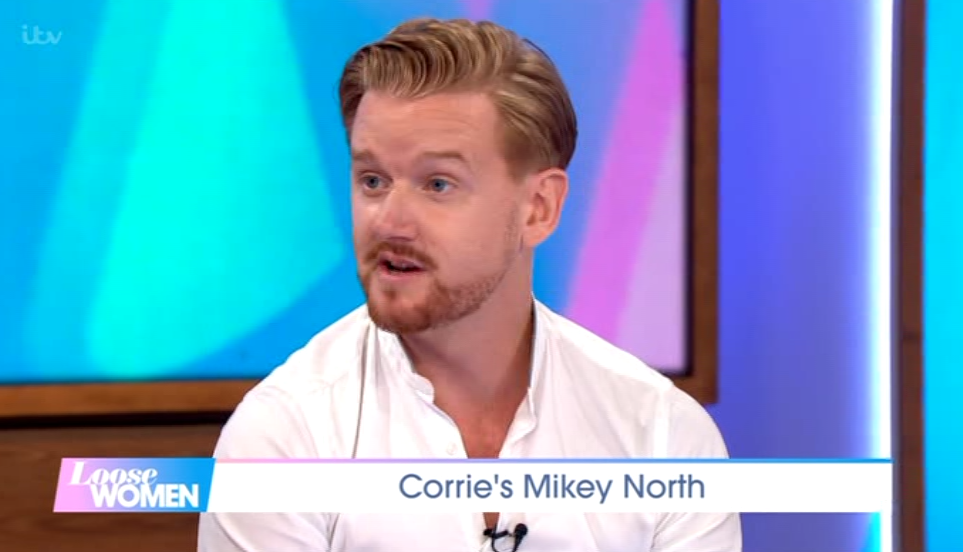 ‘I love getting stuck in and doing the fight scenes and getting hit by cars, things like that,’ he added.

Mikey then went on to tease that tonight’s episode would feature some of his ‘best’ stunts and nail-biting moments.

His character in Corrie has been under immense pressure recently, having managed to keep a secret the fact he murdered Rick Neelan.

But the former builder has been facing a number of risky moments where it looks like the truth could be exposed.

Gary isn’t the only one who could be losing his cool in Corrie, as Kevin smashes up Stephen’s car in a fit of rage next week after a visit from a social worker.