The Pose actor donned a light-blue one-shouldered gown with a thigh-high slit by Versace Atelier for her history-making awards night. She paired the custom gown, which she reportedly sketched herself, with matching blue open-toed stilettos and a statement diamond choker necklace. 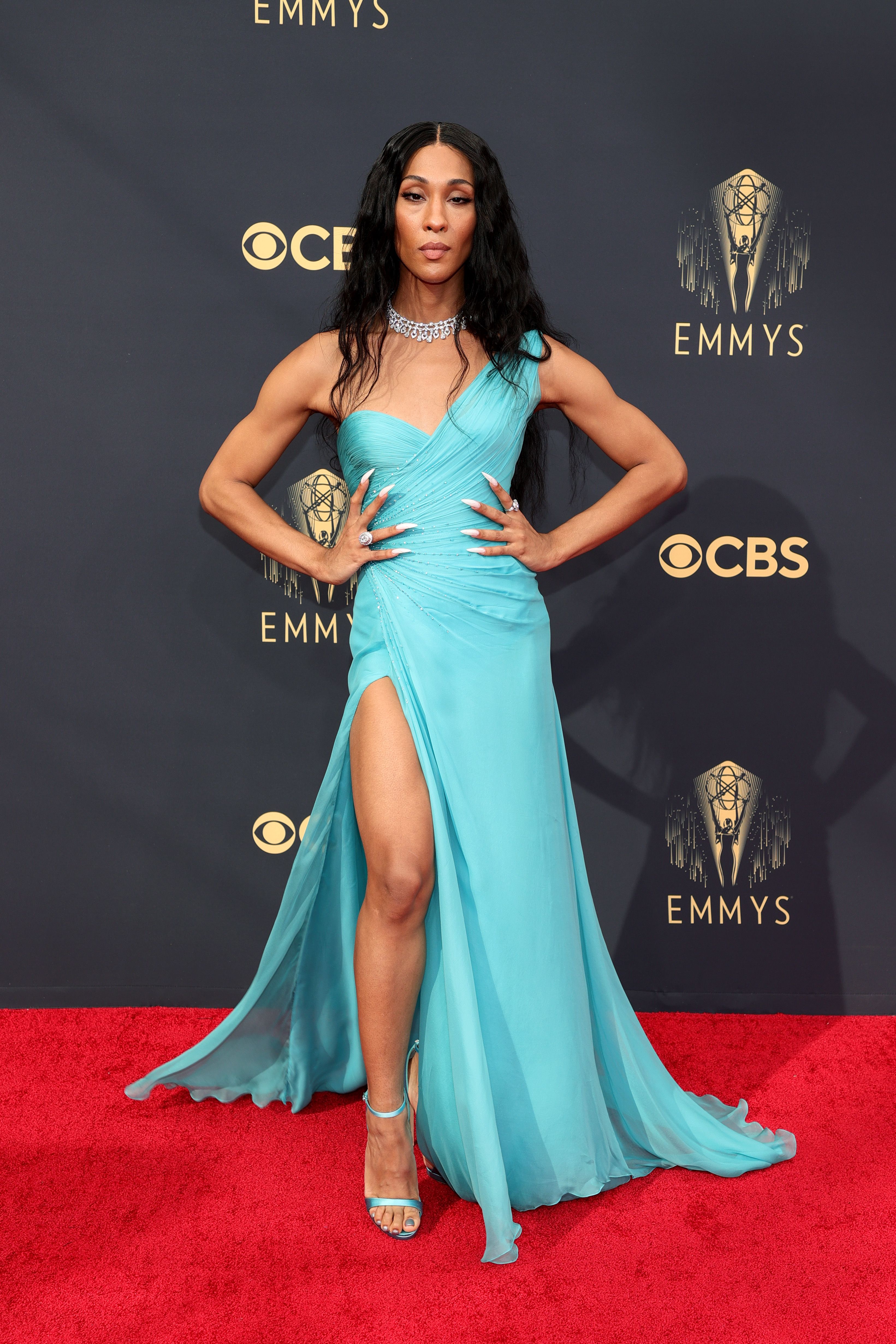 The star was recognized this year for her portrayal of Blanca Evangelista in the FX series’ final season, making her the first trans woman to be nominated for an Emmy Award for Outstanding Lead Actress in a Drama Series. She shared a heartwarming video of the moment that she learned about her historic nomination on her Instagram.

The actor spoke with BAZAAR.com about Pose‘s cultural impact and its core theme that trans stories are simply human stories. “These characters were written in a way to be seen for more than just their transness, but instead as human beings living in a time where so many tumultuous, tedious, and just moments of pain and suffering happened, but yet still they succeeded,” Rogriguez said.

She continued, “I think this was a great moment to show that we were more than just what people thought we were created to be. Instead, this show had the magic formula of the human experience and also tapping into what love can do when you enforce it in another person’s life, especially a younger youth’s life or the next generation. That’s why this show was able to really, really shine the way it did.