THIS is the distressing moment a brown bear was chased out of an Indian village and pelted with rocks before falling off a cliff to its death.

Heartbreaking smartphone footage shows the terrified animal clinging to the cliff edge as a stone smashes into its head – sending it tumbling down into a river below. 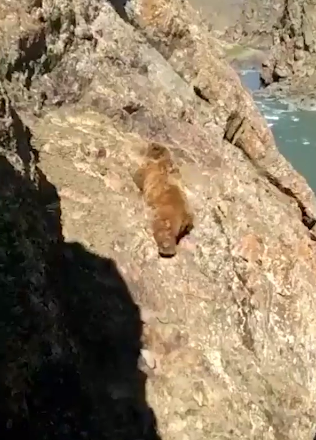 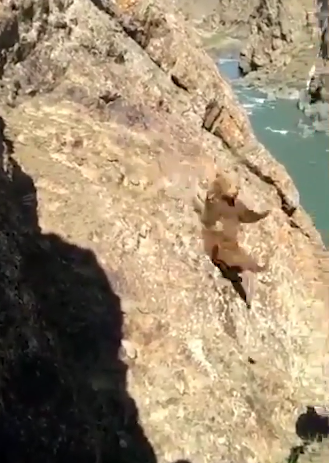 Reports say the adolescent bear later drowned after losing its balance and plunging at least 50 feet into the water.

The incident occurred in India's northern Jammu and Kashmir state in a town called Dras on May 10.

Video taken earlier shows it struggling to escape villagers after it wandered into the town presumably looking for food.

At one point it appears to get tangled in barbed wire and yanks its way free to escape the men attacking it.

The mammal's tormentors could even be heard cheering in the background as it eventually fell to its death.

Brown bears are listed as critically endangered in India, thanks to losing large areas of suitable habitat to humans.

Clashes between man and bear in the country are frequently reported.

In May last year, a mob of Indian villagers brutally beat a bear to death with wooden sticks after it mauled a man who tried to take a selfie with it.

The unidentified bloke, 27, was rescued by locals in the eastern state of Odisha after the animal pounced on him.

The animal can be seen leaping on top of the man before biting and clawing him as he desperately tries to escape.

Video footage captured by a bystander shows other men picking up sticks and rushing to his aid.

They manage to push the animal off him as he crawls away to safety.

But the mob then surrounds the helpless creature and batters it to death. 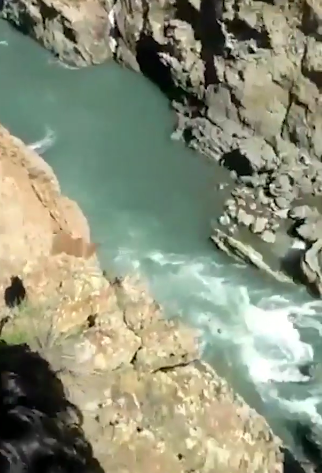 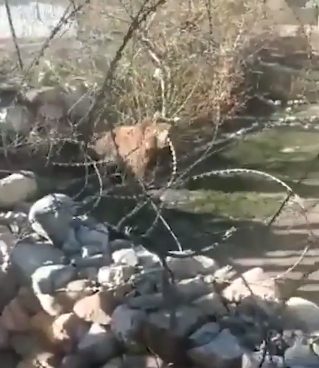 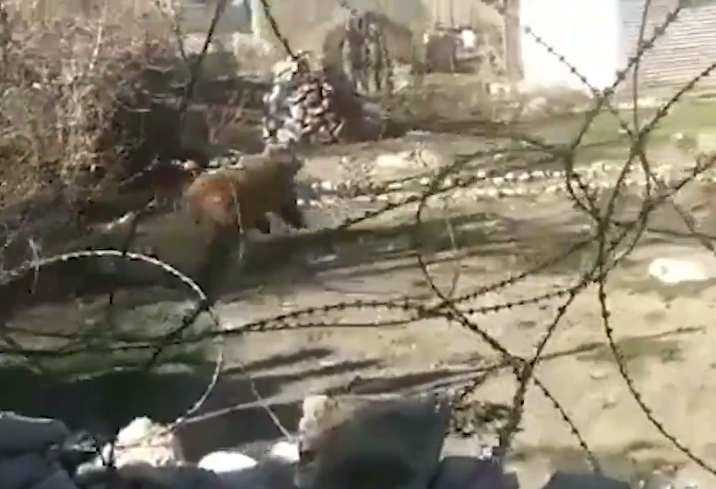