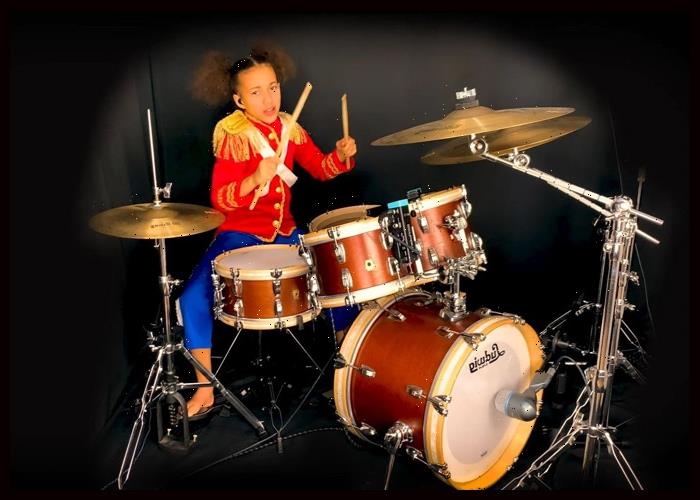 Nandi Bushell has performed an impressive drum solo to Billie Eilish‘s “Happier Than Ever,” adding a wealth of character to the song’s climax.

“Happier Than Ever” is the title track from Eilish’s recent sophomore album.

Bushell shared her work on Instagram and captioned her post, “I will love Billie and Finneas forever more!!!”

In October, Bushell played drums for an original song titled “The Children Will Rise up!” recorded with Tom Morello‘s son Roman.