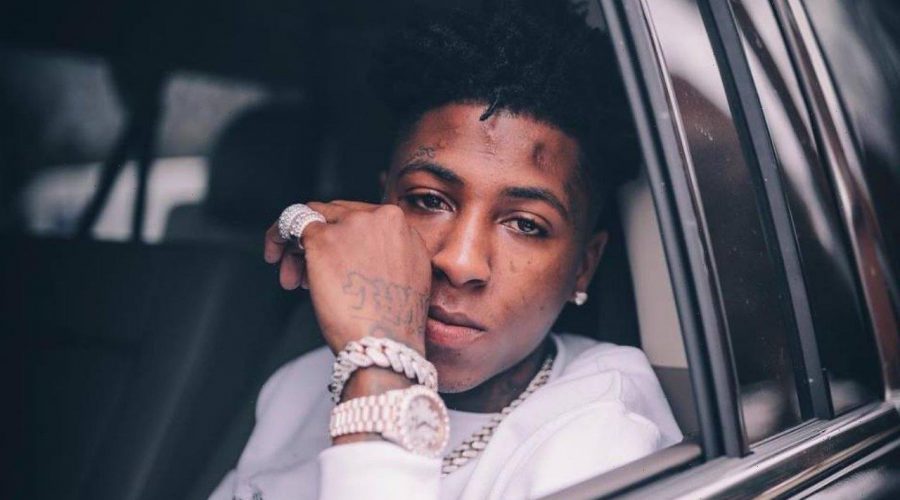 The ‘Outside Today’ rapper, who has been placed behind bars since March, wishes to be able to see his daughter growing up and to always be with his soon-to-be baby mama Jazlyn Mychelle.

AceShowbiz -NBA YoungBoy and YoungBoy Never Broke Again has apparently had time to reflect on his life while in prison. The rapper has penned a new open letter to his fans from jail, expressing his regret over some things that he’s unable to do now that he’s locked behind bars.

Having been reported to be expecting a child with his girlfriend Jazlyn Mychelle, the Baton Rogue native is particularly sorry to his soon-to-be baby mama for not being able to be there when she gives birth to their daughter sometime soon. “I really just want to be there when my daughter born,” he wrote in the text message.

“I want to be in the same house as her while she grow up,” he lamented as he envisioned how his daughter will grow up without his presence. “I never had that experience. Jaz im sorry (ma’ma). I promise im sorry for every time they ever gotten the chance to come around.”

YoungBoy also declared his love for Jazlyn as he expressed his wish to always be with her. “ill give you anything for you and not to leave… anything to have you when its all said and done,” the “Valuable Pain” spitter promised.

YoungBoy, whose real name is Kentrell DeSean Gaulden, went on expressing his frustration with feeling alone in the world. “I have a hard time paying attention I then gave and I then been there for people without having nobody to be there for me even with people I talk to. now if they wasnt waiting to receive or been giving something already they wouldnt be here,” he shared.

“im a man before anything I had to apologize to myself for not protecting my heart and allowing most of this to happen,” he continued, before revealing how he’s found energy from his fans’ letters. “I read lettes from my supporters and find joy inside and yes I said that right (my supporters) yall are not fans we scream F.A.N togeher (f**k a n***a) LOL.”

Noting that he doesn’t want beef with anybody else, he claimed, “but all jokes aside I aint got nothing against nobody. I dont want no problem neither just stop speaking on me we dont concern each other.” Despite all his concerns, YoungBoy said that he’s “good” and sent love to “the ones who really wish for the best for me too.”

Rumors of Jazlyn expecting her child with YoungBoy first sparked in April after photos surfaced of her sporting what appeared to be a baby bump during her apparent baby shower. The baby will be his eighth child.

Around the same time, YoungBoy’s alleged side chick revealed that she’s currently also pregnant. The unnamed woman appeared to be irritated when people asked obvious questions about who the father of her baby is. The 21-year-old star has not confirmed the reports of him expecting a ninth child with a woman who is not his girlfriend Jazlyn.