Strictly Come Dancing professional dancer Neil Jones, 38, has spoken out about believing in “fate” by sharing two smouldering pictures of himself kissing his new girlfriend Luisa Eusse, 23, via Instagram. The BBC favourite went public with his relationship with the model last month after splitting from wife Katya Jones in 2019.

Do you believe in fate?

In view of his 224,000 followers, Neil shared two identical pictures of himself wrapping his arms around Luisa while locking lips.

Fans saw the loved-up couple posing for the camera in a forest.

It was reported the BBC performer met his new flame while travelling around South America eight months ago.

He captioned his post by writing: “Do you believe in fate? Crees en el destino? @jameshallphoto #smoke #fate #tattoo.” 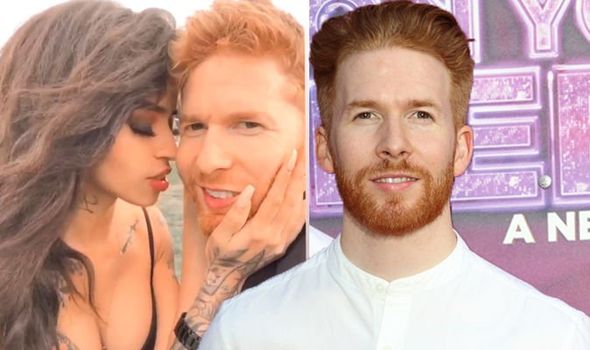 It wasn’t long before fans waded in to express their thoughts in the comments section.

Another fan commented: “You two are made for each other,” while a third shared: “Lovely pictures and great to see you both so happy.”

It comes after Neil declared he felt the best he had in “years” after meeting his new partner. 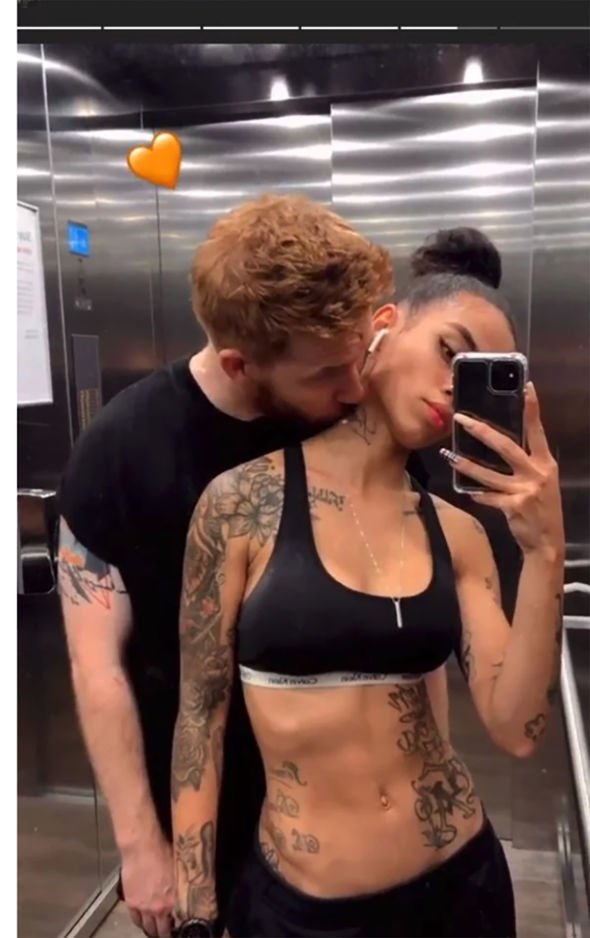 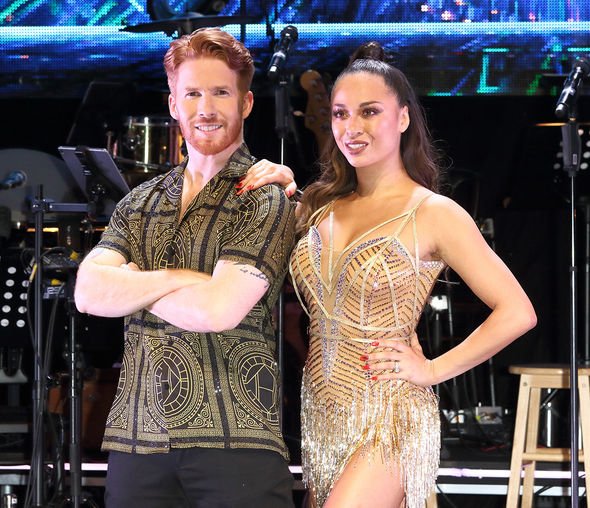 Elsewhere, Neil, Katya Jones, 31, and other professional dancers arrived at a hotel last month to self isolate ahead of the new season of Strictly Come Dancing.

While Neil and Katya separated in August last year, the dancer gave Neil the seal of approval by liking one of his photos with Luisa.

The former couple have continued to remain friends after their split as they both work on the BBC competition together.

Neil first revealed his new romance on Instagram by uploading a photo of them together in a lift.

A source previously said they are living together after Luisa flew to London in July.

“Neil is smitten with Luisa and they’re a very sweet couple,” they began.

“After they were introduced they stayed in touch but it’s been hard with the lockdown restrictions.”

They continued to tell The Sun: “Since they lifted Luisa flew to London last month and has been staying at Neil’s flat.

“They’re taking it slowly but both are serious about this relationship and it’s clear Neil is head-over-heels.”

Neil previously opened up about “going into lockdown” with his fellow co-stars before the new season starts next month.

This year all of Strictly’s professional dancers will be forced to stay in the same hotel together during filming.

Live on Good Morning Britain, the dancer discussed: “We’re getting ready to go into rehearsals, we’re going into lockdown.”

Neil explained: “We’re going to have a couple of weeks alone, get tested, make sure we’re healthy and then we’re going to go into lockdown together just so we can work on all the pro dances, basically.”